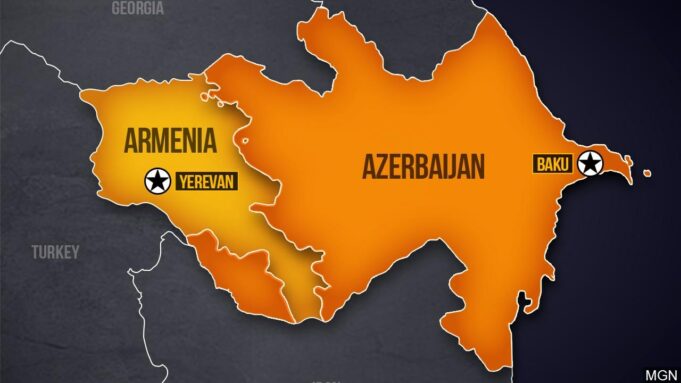 YEREVAN, Armenia—Armenia’s prime minister on March 18 set an early parliamentary election for June as he sought to defuse the country’s political crisis.

The opposition pushing for Prime Minister Nikol Pashinyan’s resignation has demanded that he step down before the vote.

In a Facebook statement that followed his talks with the leader of an opposition faction in parliament, Mr. Pashinyan said the parliamentary vote will be held on June 20.

The opposition was divided over the vote’s prospect. Vazgen Manukyan, a veteran politician whom the opposition named as a prospective caretaker prime minister, rejected the move, while Artur Vanetsyan, the former head of the National Security Service, said his Homeland opposition party will take part in the election.

Armenia has been gripped by political tensions after suffering a humiliating defeat last year in an armed conflict with Azerbaijan over Nagorno-Karabakh, a territory within Azerbaijan that Armenia-backed separatists controlled for more than 25 years.

The opposition supporters have been blocking government buildings and barricaded streets to press the demand for Mr. Pashinyan’s resignation.

Mr. Pashinyan has refused to step down, defending a November peace deal that ended the six weeks of fighting over Nagorno-Karabakh as the only way to prevent Azerbaijan from overrunning the entire region.

More than 6,000 people were killed in the fighting over Nagorno-Karabakh, which lies within Azerbaijan but was under the control of ethnic Armenian forces backed by Armenia since a separatist war there ended in 1994.

Mr. Pashinyan has dismissed the opposition’s demand to step down before the vote. The 45-year-old former journalist has retained significant public backing despite the defeat in Nagorno-Karabakh, with thousands rallying in his support to counter the opposition-led pressure for his resignation.

On March 18, Mr. Pashinyan rejected a court ruling that challenged his decision to dismiss the country’s top military officer, a legal controversy that deepened the nation’s political crisis.

The administrative court in the capital, Yerevan, ruled March 17 that the chief of the military’s General Staff, Col. Gen. Onik Gasparyan, should stay on the job pending his appeal of the dismissal order.

A statement issued by Mr. Pashinyan’s office dismissed the court’s ruling as unlawful. Gasparyan, meanwhile, showed up at his workplace March 18, according to his lawyer. (AP)