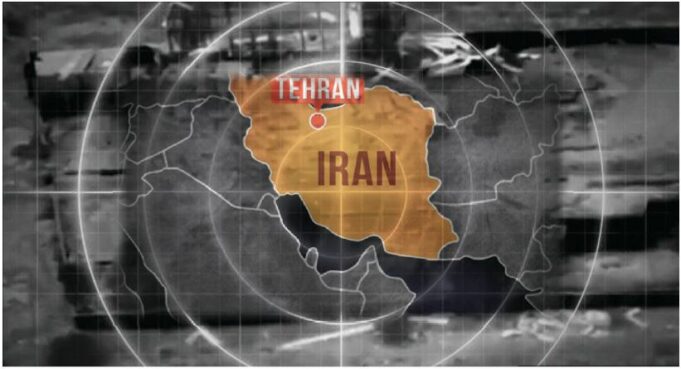 A new report has shed light on how the new U.S. administration’s pick for deputy Iran envoy, Richard Nephew, designed sanctions during his term in the era of ex-president Barack Obama to harm the lives of ordinary Iranians, and even boasted about successfully depriving people of food and medicine.

The Grayzone, a U.S.-based investigative journalism website, published an article on March 8 to draw attention to the record of the Joe Biden administration’s deputy Iran envoy, who served as the principal deputy coordinator for sanctions policy at the Department of State under Obama.

Nephew’s political resurrection has been met with criticism by many experts and media outlets.

Soon after his appointment, Iran’s Vatan-e Emrooz paper tellingly published a picture of him posing with Biden in the fashion of the poster of “Devil’s Advocate” movie, decrying the “Return of the Sanctions Villain.”

The Grayzone article dug up details of a book by Nephew, where he romanticizes the economic bans.

The book is titled “The Art of Sanctions: A View From The Field” which Nephew penned after ending his job as Obama’s sanctions czar. Its cover depicts a pair of Caucasian hands preparing a noose.

In the book, he unashamedly takes credit for depriving Iranians of food and medicine and sending unemployment and inflation rates soaring.

He takes pride in tripling the price of chicken “during important Iranian holiday periods,” thereby “contribut[ing] to more popular frustration in one bank shot than years of financial restrictions.”

Elsewhere in the work, Nephew bemoans excessive availability of food in Moscow that he came to witness during a trip to the Russian capital despite the U.S.’s sanctions against Russia.

He calls causing hardship a central plank of the U.S. sanctions policy. In doing so, Nephew distances himself from the American political elite, who go by Washington’s official line that the bans target certain segments of the population.

Nephew outlines how he prioritized striking civilians while devising his own measures, rejoicing at the pain that the bans afflicted on ordinary Iranians.

He also describes sabotaging Iran’s automobile industry and ratcheting up unemployment rates as other specific methods that he outfitted his sanctions with.

Collectively, the measures, he notes, laid waste to Iran’s economic reforms that had been supposed to increase the middle class’s purchasing power.

Gritty as his admissions are, Nephew sounds far from remorseful, describing the adverse effect of the economic bans against Iran as “a tremendous success.”

Obama partially lifted the sanctions in 2015 after conclusion of a nuclear agreement between Iran and world countries. His successor Donald Trump, though, left the deal, officially known as the Joint Comprehensive Plan of Action (JCPOA), and returned the sanctions.

Biden has claimed that he seeks return the U.S. to the JCPOA. Observers have, however, called Nephew’s redeployment a potential sign of the Biden team’s reluctance to perform its obligations towards the Islamic Republic.

Some, meanwhile, note how Nephew helped intensify the sanctions in the run-up to the JCPOA’s conclusion. They, accordingly, speculate that his reappointment could be a tack aimed at exacting concessions from Iran.

The Islamic Republic has so far resisted the sanctions by ramping up domestic production, among other things. It has also taken some nuclear countermeasures to prompt the U.S. and others to resume their obligations under the JCPOA.

Tehran has also unequivocally asserted that it would only reverse its retaliatory steps once Washington lifted the sanctions. (PressTV.com)