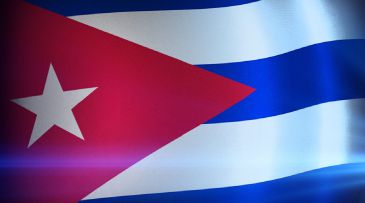 As Americans worried about new Covid-19 variants and whether their experimental vaccines would hold up, Cuba entered a final vaccine study and shared plans for a children’s vaccine.

Cuba “authorized the initiation of phase III clinical trials of the Soberana 02 candidate vaccine, after a rigorous analysis of the documentation submitted,” reported Granma news agency. “President of the Republic of Cuba Miguel Díaz-Canel Bermúdez yesterday also posted a tweet noting that phase III clinical trials were at hand for Soberana 02 and Abdala, in Havana, Santiago de Cuba and Guantánamo, with more than 85,000 volunteers,” Granma reported March 4.

“Cuba will soon embrace a new challenge, perhaps the most important that can be waged today: the immunization of our entire population against a deadly virus that has terrorized the world,” said Granma.

“Following the production of the first batch of 150,000 doses of Soberana 02 (of the 100 million projected) and the preparation of the second batch, it was announced that production of the candidate vaccine Abdala has also begun. What is happening in the country—while facing an atrocious blockade—is only imaginable because this is Cuba, this is our Revolution, where sleepless nights are devoted to preserving the people’s health, because of Fidel’s vision,” said the official news agency for the Communist Party Central Committee. It would be the first Covid-19 vaccine developed and produced in Latin America.

Iran is already engaged in trials of Soberana 02 and Mexico is poised to begin soon, according to national media reports.

“We need to open up Cuba. We need to find those things that are working other than Pfizer, Moderna and Johnson and Johnson vaccines and take those things to protect our health,” stated the Honorable Minister Louis Farrakhan at the close of the “Covid-19: The Virus and the Vaccine” plenary session in Chicago as part of the 2021 Nation of Islam Saviours’ Day convention.

“Those of you who claim to be a friend, don’t choose a thief and a murderer over your brother. Dr. Anthony Fauci of the National Institute of Allergy and Infectious Diseases may be a good man for some things and for some people. Don’t choose him over me,” said Minister Farrakhan.

“Pfizer has a record of murder all over the world. Why would you choose him? These nano particles of pure aluminum that are in some of these socalled vaccines, it’s the nano particles that men like Dr. Fauci have proprietary knowledge of that allows them to get a patent. But they are vials of death, we don’t need any of that. We need what God is giving us out of the natural environment that we can save ourselves,” Minister Farrakhan continued.

For 58 years, 12 successive U.S. presidents and their governments—with one slight exception, the Obama administration— have strangled the island nation by prohibiting most commerce and trade, investment and travel to Cuba. The consequences for the Cuban people have been harsh and hurtful.

When the pandemic started, few expected the wealthiest, most industrialized country in the world to become the epicenter of the novel coronavirus but that is exactly where America stands. By contrast, the island nation of Cuba, significantly smaller in size and population, an economy a fraction of the size of the behemoth to the North and with money and resources that are dwarfed by the U.S., implemented a plan to attack the coronavirus. Cuba moved quickly to bring Covid-19 under control.

“The most hateful country to America is the country that’s been really the brightest beacon of light in this whole pandemic Covid-19 situation,” stated Dr. Wesley Muhammad, author, researcher and member of the Nation of Islam’s Executive Council.

“It made sense that America would demonize Cuba’s offering because American vaccines had a military objective and a pharmaceutical economic objective. They never had a public health objective,” said Mr. Muhammad, who holds a PhD. in Islamic Studies.

Meanwhile, with new Covid-19 variants spreading and states reopening, many fear America is opening herself up for another deadly coronavirus wave.

There were 2,672 reported cases of the United Kingdom variant across the country, at Final Call presstime. In addition, there were 68 cases of the South African variant, and 13 of the variants from Brazil, according to the CDC.

“Covid-19 variants are popping up here and there but you haven’t seen the end of it yet. They are making null and void what you call your vaccine,” stated Minister Farrakhan during his Feb. 27 remarks in Chicago.

Mississippi Governor Tate Reeves lifted all county mask mandates and enabled businesses to operate at full capacity without any state-imposed rules on March 3.

“I remain deeply concerned about a potential shift in the trajectory of the pandemic. The latest CDC data continue to suggest that recent declines in cases have leveled off at a very high number,” stated Dr. Rochelle Walensky, CDC director March 1.

The decline in cases appear to be stalling, said Dr. Walensky, who added she’s worried about reports that more states are rolling back public health measures the CDC recommended to protect people from Covid-19.

“Please hear me clearly: At this level of cases, with variants spreading, we stand to completely lose the hard-earned ground we have gained. These variants are a very real threat to our people and our progress. Now is not the time to relax the critical safeguards that we know can stop the spread of Covid-19 in our communities, not when we are so close,” she said.

During his Feb. 27 remarks, Minister Farrakhan warned “Operation Warp Speed,” which handled the U.S. government’s development and distribution of the experimental vaccines was “rushed so fast to get something out and bypassed normal steps in a true vaccine.”

The vaccines touted to the American public by the government, as the answer to the Covid-19 pestilence from heaven, are neutralized by totally uncontrollable variants as Minister Farrakhan warned and predicted in his July 4, 2020 message, “The Criterion,” argued Dr. Muhammad.

“These new vaccines aren’t programmed to recognize these new variants because they are so profoundly different,” Dr. Muhammad continued.