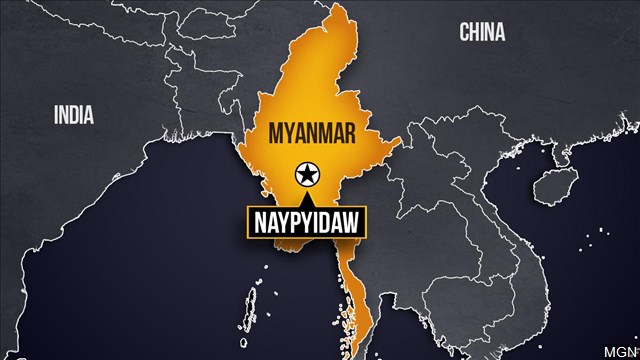 UN Special Envoy for Myanmar, Christine Schraner Burgener, warned on March 4 that the situation in the country challenges “the stability of the region” and could lead to a “real war.”

Speaking at a virtual press conference, Ms. Burgener said the news out of Myanmar was shocking and, with the death of 38 people, marked the bloodiest day since the start of the coup on February 1.

More than 1,200 people are under detention and many families do not know where their loved ones are or what condition they are in.

Ms. Schraner Burgener said that in discussions with the army, she warned that UN Member States and the Security Council might take “strong measures,” to which they responded: “We are used to sanctions and we survived the sanctions time in the past.”

She continued, “I also warned they will go in an isolation,” to which they said, “we have to learn to walk with only few friends.”

Myanmar has been in turmoil since the army seized power and detained elected government leader Aung San Suu Kyi and much of her National League for Democracy (NLD) leadership, who won a November election in a landslide, which the military said was fraudulent.

However, the election commission said the vote was fair.

The UN envoy said she remained in contact with the Committee Representing Pyidaungsu Hluttaw (CRPH), which represents the elected parliamentarians, and with all regional stakeholders, including leaders from the Association of Southeast Asian Nations (ASEAN).

She noted that the secretary-general condemned the coup and urged an end to the violence.

Stressing that every tool available was now needed to end the situation, she spelled out that the unity of the international community was essential.

“I think we can only stop this in a dialogue,” she said, adding that if not, judging from the past the army “unfortunately” uses its own roadmap.

The special envoy said that the Myanmar army’s Deputy Commander-in-Chief Soe Win told her the military had a five-point roadmap which would be implemented by the recently established State Administration Council, to include the reconstitution of the Union Election Commission, Covid-19 prevention and restoring the peace.

Ms. Schraner Burgener observed that Covid-19 prevention would be a disaster with regional implications, given that the country has no tests or vaccines, and restoring peace would be very difficult with 10 of the 21 ethnic armed organizations making strong statements against the coup and threatening violence if the army attacks civilians.

The special envoy expressed her observation that the Myanmar military, also known as the Tatmadaw, wanted to imprison NLD members for election fraud and treason, and eventually ban the party prior to the proposed elections.

She noted that the army’s “textbook” actions would not work, saying that while they were successful in 1988, 2007 and 2008, “today, we have young people who lived in freedom for 10 years.”

“They have social media, and…[are] well organized and very determined. They don’t want to go back in a dictatorship and in isolation. So, I think the army is surprised, and maybe we have to help them to come out of this situation,” detailed Ms. Schraner Burgener.

Ms. Schraner Burgener said that she had always warned of a possible coup as the Tatmadaw had the real power in the country, adding that Daw Aung San Suu Kyi wanted to make real reforms for a true federal democracy but was unable to do so.

The special envoy said she had agreed to support Suu Kyi in her efforts to make reforms after the November elections, in which the NLD had won more than 82 per cent of the seats.

The Security Council had also voiced concern over the state of emergency, but Russia and China prevented it from condemning the coup viewing it as a sovereign affair.

Ms. Schraner Burgener expressed her hope that these countries recognize this as a situation that “hits the stability of the region … so, I hope that China will realize that it will be important to work together, but also for Russia.” (UN News)