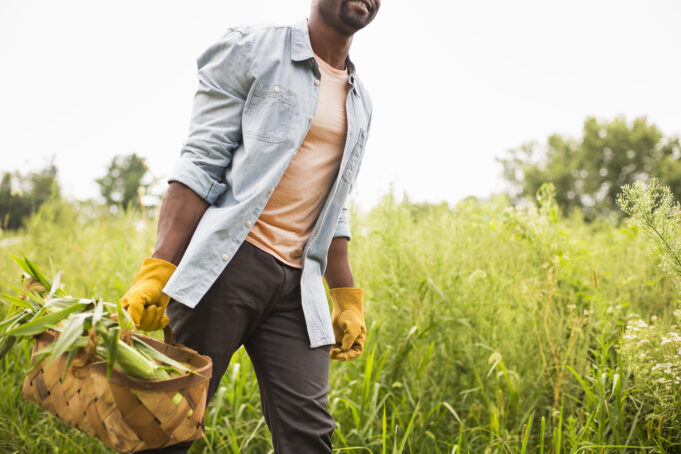 Help may be coming to Black farmers to correct the systemic racism they have experienced and endured from the U.S. Department of Agriculture (USDA).  The Justice for Black Farmers Act was recently introduced and Rep. David Scott (D-Ga.), the first Black to chair the House Agriculture Committee has promised help to also address the problems with Black farmers.

“We’re going to have a hearing in my committee in Washington,” Rep. Scott told The Rainbow Push: Black Farmers Public Policy Townhall held Feb. 16.  “We have got to deal with the discrimination charges, the challenges and difficulties that Black farmers face.”

“We are going to have Black farmers there to testify.  We will also have Miss Shirley Sherrod there.  Some of you may remember the charges she was involved with.  We have to deal with the discrimination charges because our African American farmers have not been dealt with fairly,” Rep. Scott said during the virtual townhall.

Shirley Sherrod is the executive director of the Southwest Georgia Project.  She and her husband Charles were discriminated against by the USDA in the form of farm loan denials.  They lost their farmland.  Mrs. Sherrod became part of the historic class-action lawsuit (Pigford v. Glickman) that Black farmers filed against the USDA over the denial of farm loans.

In Pigford v. Glickman, settled in April 1999 for farmers who could prove discriminatory treatment in loan decisions by the USDA, only 13,000 Black farmers received compensation while 70,000 did not.

They appealed and in 2010, Congress appropriated $1.2 billion through Pigford II to compensate additional Black farmers.

Their bill is supposed to correct the wrongs of the USDA which provided unequal farm loans and federal assistance to Black farmers leading to land loss.  It also robbed Black farmers and their families of the hundreds of billions of dollars of inter-generational wealth that land represented.

The bill provides $4 billion in direct relief payments to help Black farmers pay-off outstanding USDA farm loan debts and related taxes, and help them respond to the economic impacts of the pandemic.

“Overtly discriminatory and unjust federal policy has robbed Black families in the United States of the ability to build and pass on intergenerational wealth,” said Sen. Booker.   “When it comes to farming and agriculture, we know that there is a direct connection between discriminatory policies within the USDA and the enormous land loss we have seen among Black farmers over the past century,” he said.

“The Justice for Black Farmers Act will address and correct USDA discrimination and take bold steps to forgive debt and restore the land that has been lost in order to empower a new generation of Black farmers to succeed and thrive. As a new member on the Agriculture committee, I am proud to reintroduce this landmark legislation alongside my colleagues as we work to correct this historic injustice.” Sen. Booker originally introduced the legislation in 2020.

In 1920 there were nearly one million Black farmers in the United States. In 2021 because of historical systemic racism, it is estimated that there are less than 50,000 remaining Black farmers.

“The Justice for Black Farmers Act is the most ambitious legislative proposal ever developed to address historic and ongoing discrimination against Black farmers,” said John Boyd, founder and president of the National Black Farmers Association (NBFA). “As NBFA and the Environmental Working Group recently documented, Black farmers have been systemically denied access to land, subsidies, loans and other critical tools through government and private discrimination, and the institutional racism that has driven Black land loss is being reinforced through the USDA’s broken policies,” said Mr. Boyd.

Specifically, this $1 billion fund will include:

Support for one or more legal centers focused on agricultural legal issues of farmers of color;

A racial equity commission and related activities to address systemic racism across USDA;

Support for research, education, and extension at HBCUs and other institutions of higher education that historically serve communities of color;

Assistance to farmers, ranchers, or forest landowners of color that are former farm loan borrowers and suffered related adverse actions or past discrimination or bias.

“The Justice for Black Farmers Act is essential legislation that will help level the playing field for Black farmers in Georgia and across our nation who for too long have been denied the true promise of the American Dream. While we work on getting immediate relief to farmers of color to help them move behind this current health and economic crisis, I look forward to fighting alongside Senator Booker to get this bill passed and signed into law,” said Sen. Warnock.

Dara Cooper, executive director of the National Black Food and Justice Alliance is also enthused about the proposed legislation.  “This is one very important opportunity towards addressing the state of emergency that Black farmers and land stewards continue to face,” she said.

“Considering Black farming communities have been reduced by an alarming 98 percent, we are sounding the alarm that it is long past due to address the unfinished business that farmer activists have been calling for quite some time. Let us all rally behind this important piece of legislation and make sure it passes. It is the least we can do for Black farmers and our failing food system.”

However, Dr. Ridgley Muhammad, manager of Muhammad Farms in Georgia is approaching the act with a healthy dose of skepticism.

“Any proposed legislation really doesn’t tell you everything until it comes out of committee and it goes up for a vote. Then, you don’t know what’s really in it until it is passed.  Look at the Black Farmers lawsuit. We didn’t know what was in it until the judge and the Black farmers lawyers had agreed upon it. When we saw it, we wanted to change it and couldn’t change it,” he told The Final Call.

“We lost that battle.  The only ones who really got paid were the Black farmers lawyers.  With this act we just have to wait and see what happens.” The bill passed the House Feb. 27 as part of the latest $1.9 trillion Covid-19 stimulus package and is soon to be reviewed in the Senate.