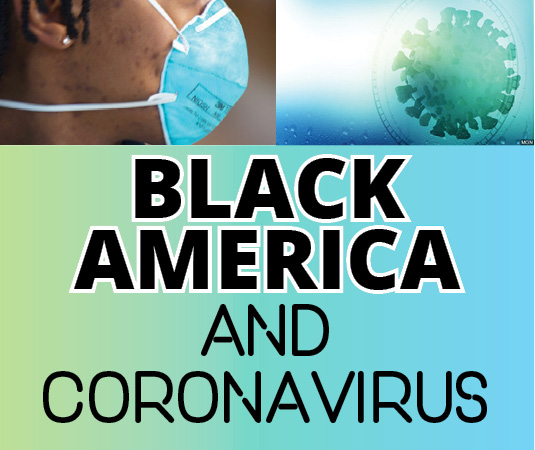 U.S. scientists are reporting more coronavirus mutations across the country, and some health officials have expressed concern the variants may render current Covid-19 vaccines ineffective.

Inside of America, there were 1,523 reported cases of the Covid-19 variant from the UK, 21 cases from the South Africa variant, and five cases from the Brazilian variant across the U.S., according to recent Centers for Disease Control statistics.

“It is not unusual and in fact expected that viruses change.  They mutate regularly and consistently. The real question is, how do we prepare to respond? And what we’re learning is that the vaccines may or may not be able to overcome the various variants,” observed Dr. Reuben Warren, director of the Tuskegee University National Center for Bioethics in Research and Health Care.

Looking forward, Cuba is coming out with its Soberana 2 vaccine soon, which is based on the virus itself, not mRNA technology, a new vaccine methodology used in U.S. developed vaccines, said Dr. Warren. “That’s something to follow, because Cuba has one of the best healthcare systems in the world, whether we like it or not,” he added.

Florida, once the epicenter of the pandemic in the United States, now has the most Covid-19 mutant cases across the country, said the CDC.

Florida had 433 cases of the United Kingdom variant, California 95 cases, Michigan, 157 cases, and Wisconsin five cases, as of Feb. 18, the agency reported.

The Nebraska Public Health Lab detected two new Covid-19 mutations, but assistant director Baha Abdalhamid said the mutations are not concerning, according to a ABC7 KETV’s report. These mutations might make the virus weaker and lessen chances for infection, he stated.

Researchers in Minnesota identified six new variants of coronavirus mutations in New Mexico and Louisiana, according to a new study released Feb. 12, which authors noted has not been reviewed by other scientists.

As the coronavirus continues to mutate, concern is the variants may become the dominate strains of Covid-19 and make current vaccines less effective. Small changes make the virus harder to recognize or treat, said Dr. Pratt.

The U.S. is scrambling to expand DNA mapping of coronavirus samples taken from patients to identify potentially deadlier mutations spreading around the country, according to the Associated Press.

The White House announced a scaled up push by the CDC, and by a U.S. Army biodefense institute for this research. But more significant action was proposed on Capitol Hill, where a House bill headed for floor debate would provide $1.75 billion for genomic sequencing, or tracking the mutations, said AP.

The U.S. now maps only the genetic makeup of a minuscule fraction of positive virus samples, a situation some experts liken to flying blind.

It means U.S. spread of mutations first identified in the United Kingdom and South Africa remains a matter of guesswork, said AP.

A new study by Pfizer-BioNTech and the University of Texas Medical Branch suggested the South African variant of the coronavirus may reduce its vaccine’s effectiveness, Reuters reported Feb. 17.

Researchers developed a virus with the same mutation as the South African variant, said Reuters. Tests found a two-thirds reduction in efficacy when compared to the vaccine’s curbing of the impact of the Covid-19 virus prevalent during U.S. trials, Reuters continued.

Oregon health officials reported four people tested positive for coronavirus after getting both doses of the Covid-19 vaccine. NBC News reported the state’s Health Authority referred to the individuals who tested positive as “breakthrough cases,” meaning they got sick with the virus at least 14 days after receiving both vaccine doses.

“The vaccines don’t prevent transmissibility, which means that they allow the covid to spread,” argued Robert F. Kennedy, Jr., an attorney and chair of Children’s Health Defense.

“If the vaccine doesn’t completely wipe out the disease, it actually can breed. It can pressure the propagation of much more dangerous, much more virulent diseases, and that may be where all these new strains are coming,” Mr. Kennedy told The Final Call in a recent phone interview.

In New York, the Sandy Creek school district closed on Feb. 11. Numerous staff had reported feeling ill after getting a second dose of Moderna’s Covid-19 vaccine, according to the Post Standard.

It quoted Superintendent Kyle Faulkner who said that at least one-third of workers reported feeling ill, including fever and other symptoms. The district has 752 students, 78 teachers, and 89 staff, according to the article published on syracuse.com.

U.S. service members are refusing or putting off the Covid-19 vaccine by the thousands, and some Army units are seeing as few as one-third agree to the vaccine, said another Associated Press report. At Fort Bragg, N.C., the vaccine acceptance rate was about 60 percent, said AP.

And according to ESPN, some of the NBA’s top players have been invited to participate in league-sponsored public service announcements to bolster broader acceptance of the coronavirus vaccine, but many are expressing apprehension.

“Sources describe a number of factors contributing to many players’ reluctance to participate, including uncertainty about taking the vaccine themselves, reluctance to advocate its use for others and resistance to extending favors to a league amid the largely unpopular plans for an All-Star Game,” reported ESPN’s Adrian Wojnarowski.

“I get the question of: ‘If I get this shot, is it going to impact my performance?’ ” said Dr. Leroy Sims, NBA senior vice president of medical affairs, according to ESPN. “I can tell you these guys are listening based on questions that I’m getting. They also ask: ‘Why should we get this when there hasn’t been a whole lot of time to see what the long-term effects are?’ These guys look at data all the time,” said Dr. Sims.