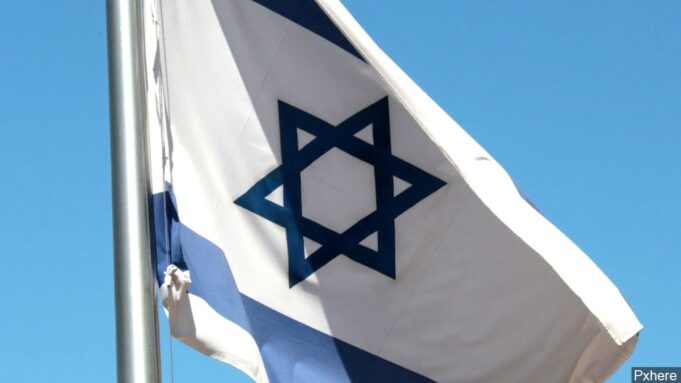 The Zionist state of Israel is back in the hot seat with the International Criminal Court at The Hague after judges ruled the ICC has jurisdiction in locations where war crimes have been charged in Palestinian territories and unlocks the gate for a war crimes probe.

Conflict has raged over 70 years in Gaza, and started after 1967 in the West Bank, including East Jerusalem, but the war crimes probe would focus on abuses in recent years.

“The majority of the judges has concluded that the Court’s territorial jurisdiction in the Situation in Palestine, a State party to the ICC Rome Statute, extends to the territories occupied by Israel since 1967,” said the ICC in a statement Feb. 5.

The prosecutor focused on alleged atrocities committed during the 2014 Israeli-Palestinian conflict in the Gaza Strip by the Israeli army and Palestinian fighters. The 50-day war left 2,251 Palestinians—mostly civilians—and 74 Israelis, mostly soldiers, dead.

The war was subjected to a five-year preliminary ICC probe. In December 2019, at the conclusion of the “Preliminary Examination of the Situation in Palestine,” Ms. Bensouda  announced criteria for opening an investigation into atrocities was satisfied with only the question of jurisdiction unanswered.

For Palestinians living under “apartheid hegemon,” the situation on the ground has intensified. Advocates for Palestinian rights say the investigation is needed, in particular, with the support of the former President Donald Trump for unlawful Israeli settlement and annexation of occupied territory. And a 97-3 vote by the U.S. Senate on Feb. 5 to keep the American Embassy in Jerusalem raises questions about whether the Biden regime will follow the same policy.

With every other international law that the apartheid state of Israel falls under, this is another one that it has been able to skirt for years, explained Mauri Saalakhan of the Peace and Justice Foundation, an advocacy group.

The “undemocratic,” lopsided way Israel is “protected” by America and other UN powers makes  any ICC moves against Israel like a “toothless tiger,” he added.

Israel is backed by veto-empowered nations like the U.S., flouts UN resolutions and escapes accountability for international crime. The hands of accountability are usually tied when it comes to Israel, said Mr. Saalakhan.

“The ICC ranks amongst the final avenues in which Israel’s pervasive and systemic culture of impunity for grave international crimes and widespread serious human rights violations may be challenged,” commented Issam Younis, general director at the Al-Mezan Center for Human Rights based in Gaza City. The center is part of a coalition of rights organizations that welcomed the ICC decision as an “important step” toward ending Israeli impunity.

Israel rejected the ruling. The ICC only has jurisdiction in cases presented by sovereign states, and the Palestinians are not a sovereign state, said Israeli officials.

While the ruling is seen as a blow to Israel, the Zionist state has vowed to never  “accept” or “acquiesce” to the ICC. Israel is not a signatory to the Rome Statute that established the court. Israeli Prime Minister Benjamin Netanyahu, currently on trial for corruption charges, slammed the ruling as “anti-Semitic” and a “perversion of justice.”

The U.S. State Department objected to the ICC decision, echoing Israel’s assertion about the Palestinians. “As we made clear when the Palestinians purported to join the Rome Statute in 2015, we do not believe the Palestinians qualify as a sovereign state, and therefore are not qualified to obtain membership as a state,” said a State Dept. spokesman.

The State Dept. added that Palestinians should not participate as a state in international organizations or entities, including the ICC. The U.S. is also not a signatory to the agreement establishing the ICC and is under ICC scrutiny for alleged war crimes during the Afghan conflict in the early 2000s.

“We will continue to uphold President Biden’s strong commitment to Israel … opposing actions that seek to target Israel unfairly,” tweeted the State Dept.

The ICC said UN General Assembly Resolution 67/19 affirmed the right of the Palestinian people to self-determination and independence in their “State of Palestine” on territory occupied since 1967.

The decision was welcomed by the Palestinian Authority, rights advocates, and pro-Palestinian organizations.

“Under Trump, they attacked the court and when that failed, they went after the prosecutors personally,” Ms. Ashrawi stated. She was referring to a Trump executive order that sanctioned and barred Ms. Bensouda and other ICC officials from entering the U.S. for investigations.

Ms. Ashrawi called the U.S. government “obsessive” in attempts to “pressure and blackmail” anyone taking Israel to task. “They targeted individual ICC prosecutors by freezing their bank accounts and putting them on a visa blacklist,” she said.

Palestinian Foreign Minister Riyad al-Maliki praised the ruling and expressed optimism it would not be blocked by the UN. “Today, United States of America cannot do anything to protect Israel,” Mr. al-Maliki remarked to journalists Feb. 6. “And as a result, Israel has to be treated as a war criminal.”

Although the ICC prosecutor also accused Palestinian groups like Hamas of wrongs, the movement welcomed the decision.

“We are confident that any court that enjoys integrity, justice and professionalism will stand by the Palestinian people and their rights,” said Raafat Marra, head of the Hamas media department.

Mr. Marra said international silence encouraged the “Zionist entity (Israel)” and its leaders to continue their criminal practices of “organized terror” against Palestinians.

Palestinian human rights groups lauded the move but stressed “effective action” by the ICC prosecutor is paramount to ensure justice. Among Palestine watchers, there is caution on celebrating the decision and readily believing justice will come.

“I think it’s premature,” said Mr. Saalakhan. “I will believe it when I see it.”

Some international legal experts expect a protracted effort by the ICC prosecutor. Activists and justice groups are urging the prosecutor not to tarry. “Each day of inaction costs Palestinian lives,” said Mr. Younis.