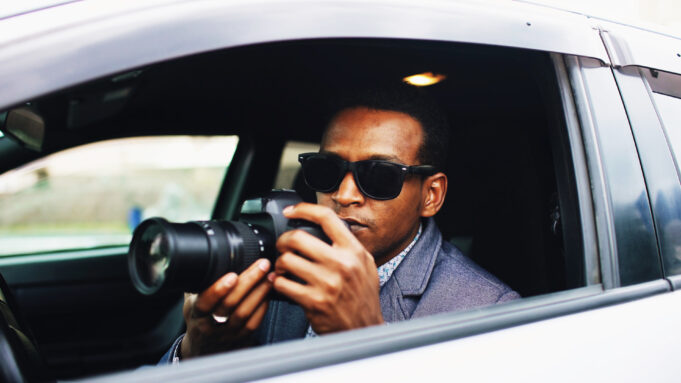 Black power. That’s what most people associate with the late 1950s all the way to the 1970s. From the afros to the anthems, Black people across the United States organized and mobilized to bring about a social and political change.

But with Black leaders on the rise, the FBI planned their demise.

The new movie “Judas and the Black Messiah” follows the tragic story of Fred Hampton of the Black Panther Party, and how the FBI used a fellow Black man named William O’Neal to aid in his assassination.

With rave reviews and a line-up of young, bright, Black actors telling the story, it brings back to the forefront the ugly reality of the bureau’s Counter Intelligence Program (COINTELPRO) and how Black informants have been used to assist enemies of Black liberation to bring down the movement.

Fred Hampton, a young Black revolutionary, targeted “Judas and the Black Messiah” has become more than just a biographical drama––but a launching pad for a deeper look at Black history and surveillance in America.

Multiple media outlets have penned essays on the unsettling reality of the film, as well as offering a deeper look at the Black Panthers and what they fought for.

The movie follows true events of the 1960s surrounding Mr. Hampton, chairman of the Illinois chapter of the Black Panther Party and deputy chairman of the national Party, as he became more known and influential throughout the community. Mr. Hampton, played by Daniel Kaluuya, who starred in the 2017 horror “Get Out,” pushed the Panther’s famous Free Breakfast For School Children program and worked toward building a community medical clinic. The movie shows how he even united Chicago-area movements followed by Whites and Puerto Ricans against police brutality and injustice.

William O’Neal, played by LaKeith Stanfield, who also played in “Get Out,” was recruited by the FBI to infiltrate the chapter and provide information on its dealings, which ultimately led to the assassination of Mr. Hampton.

“There were suspicions about William O’Neal,” said Prof. Raymond Winbush, director of the Institute of Urban Research at Morgan State University. He helped provide research for the movie. “We talked to people who were very suspicious of this guy. He was always trying to incite them to do big things, you know, to kill cops and stuff like that.”

Prof. Winbush referenced a scene in the movie where Mr. O’Neal tries to get Mr. Hampton to blow up city hall.

“While he was doing that, he had a tape recorder on so he could bring that back to the FBI,” Mr. Winbush said.

Mr. O’Neal cooperated in the FBI’s COINTELPRO, created by former FBI director J. Edgar Hoover in 1956. According to FBI documents, the series of operations had the purpose of disrupting, discrediting Black militant groups and preventing the rise of a “Black messiah.” One of the goals was also to “prevent the long-range growth of militant Black nationalist organizations, especially among youth.”

The FBI weaved its way into these organizations through Black informants.

Throughout Twitter, many have focused on how Mr. Hampton was only 21 years old at the time of his tragic killing.

“Fred Hampton was 21. Let that sink in, Fred Hampton was 21. A 21 year old became a chairman of the Black Panthers, fed families, led a revolution, & united rival gangs in Chicago & gave an entire group of people hope. Our government was scared of & assassinated a 21 year,” one Twitter user wrote.

“I want to remind people that Fred Hampton brought together the black and white working class in Chicago. Helping to feed, organize, and educate disenfranchised people about revolutionary politics. At 21 he was murdered by CPD in his bed,” another user said.

“I’m glad ‘Judas and the Black Messiah’ is being shown,” said Atty. Nkechi Taifa, who is also a scholar and an advocate for justice. “This is history for a lot of people, including the current [generation]. This is information people need to know about.”

Unfortunately, the story of Mr. Hampton is not the first of its kind. The FBI has infiltrated many Black organizations, including the NAACP, the Nation of Islam and has linked to the harassment, suppression and demise of Black leaders. But this history of Blacks betraying their own by providing information to Whites at the head of the table is old history.

In the 1800s, the title “informant” had not yet been coined. But the role wasn’t any less familiar than it was during the Black Power movement.

“You can go way back to 1800 with Gabriel Prosser who was getting ready to lead a slave rebellion in Virginia and at the last minute, several enslaved people told their so-called masters what he was doing and he was caught and executed,” Mr. Winbush said.

In 1822, Denmark Vesey, a wealthy freed slave in South Carolina, organized a slave rebellion, he added.

“Keep in mind at that time, Black people in South Carolina in 1822 outnumbered White people. That would’ve been a successful rebellion,” Mr. Winbush noted. “Again, at the last moment, he was betrayed by several Black people who told. They rounded up Denmark, had a speedy trial for him and there were gates [around] Charleston at that time and they hung him on those gates.”

As far as the FBI goes, Black nationalist leader Marcus Garvey of the 1920s was of the first known target of official federal infiltration of Black movements prior to the birth of COINTELPRO. The first Black FBI special agent, James Wormley Jones, was assigned to infiltrate Mr. Garvey’s Universal Negro Improvement Association. The information he provided to the bureau led to Mr. Garvey’s arrest on mail fraud charges in January 1922.

“Garvey didn’t know who [Mr. Jones] was because at that time, the FBI was a new organization,” Mr. Winbush said. “Marcus Garvey was deported; he was put in an Atlanta federal prison and then he was deported back to Jamaica.”

Mr. Winbush pointed out that a photographer who followed Dr. Martin Luther King, Jr., worked for the FBI. Furthermore, Mr. Winbush said the man who gave Malcolm X mouth-to-mouth after he was shot in 1965 and was supposed to be his security worked for the New York Police Department. Eugene Roberts would later become a co-founder of the New York Chapter of the Black Panther Party and continue spying for the police department. He was promoted to detective and retired from the NYPD.

Another group that is familiar with the FBI is the Nation of Islam. According to NOI.org, the bureau fabricated information against the Nation of Islam’s founder, Master Fard Muhammad, trying to pin him as a criminal. A 1997 article published by The Final Call newspaper also reports that the bureau was involved in framing Malcolm X’s daughter, Qubilah Shabazz, for an alleged murder plot against the Honorable Minister Louis Farrakhan. In this case a high school friend and Jewish White informant for the FBI, Michael Fitzpatrick, was the secret government source. Min. Farrakhan condemned the federal government, declared the FBI was no friend, rallied with supporters of Dr. Betty Shabazz to protect the family and her daughter and exposed the scheme. The powerful Black response led to the federal government essentially walking away from the case and it started a process of reconciliation between the Minister, the Nation and the widow of Malcolm X. Surveillance of the Nation of Islam has not stopped.

“All of these factors, disruption and destroying of the Black movement, to stop the growth of militant Black organizations, especially among the youth, specific tactics plus the advance to stop these groups from recruiting young people, I mean come on. This was evil. It was just evil what they did. It just kind of makes your blood boil,” Ms. Taifa said.

Atty. Taifa says it’s important to remember that these events in the past still follow us into the present.

The FBI’s Domestic Terrorism Analysis Unit sent out a memo in 2017, identifying some Black leaders and organizations as “Black Identity Extremists (BIE),” claiming they were “motivated [by] perceptions of police brutality against African Americans” and “spurred an increase in premeditated, retaliatory lethal violence against law enforcement.”

“It’s very unfortunate and it’s important for people to understand that no, as far as I’m concerned COINTELPRO did not end, it just shifted shape,” Ms. Taifa said. They claimed BIE had ended, but it probably just shifted into something else.”

According to an article published by the Organization of American Historians, “Agents pinpointed the ‘August 2014 shooting of Michael Brown in Ferguson, Missouri,’ and the ‘declination to indict the police officers involved’ as politicizing BIEs. In other words, the FBI claimed that the Black Lives Matter movement—started by three Black women—was ground zero for their renewed interest in targeting and surveilling Black activists.”

In 2019, a group of Black-led organizations met with congressional members concerning BIE and continued FBI surveillance, under a campaign called #ProtectBlackDissent. The delegation led by MediaJustice, an organization fighting for racial, economic and gender justice in the media, continues to work toward FBI transparency.

Atty. Taifa believes stopping this sort of infiltration and betrayal starts with knowing the history.

“There needs to be a connection of the generations to help inform this generation that’s coming up now,” she said. “We come up with solutions for accountability, solutions for protection, solutions for defense. I don’t have the answer, but I think we need a group of people to get together and start doing some of that. And educating the community.”

“What happens is that we always recognize these traitors after the person that they have successfully betrayed is either dead or exiled or whatever. I think we better start recognizing some of these people in our midst,” Dr. Winbush said. “How do you deal with these secret betrayers? We have public betrayers … They do their stuff out in the front. Those are easy to spot, but the ones who infiltrate are the ones that really … is scary about them.”