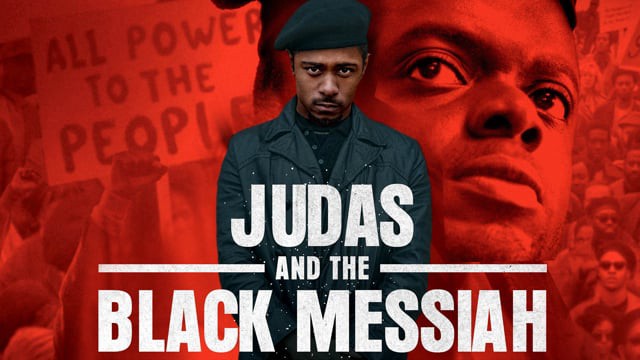 “Can’t win a debate, so they sponsor every threat to me. I wonder if Agent 800 is standing next to me?” Immortal Technique (from the song “Young Lords”)

One of the greatest leaders in Black America was assassinated today. Minister Marcus Hampton was shot seven times at point blank range as he stood before a packed auditorium in Chicago. Although there were thousands of eyewitnesses, because of the no snitching code of the streets, the assassin, William Roberts aka Agent 666, simply walked to his car, cashed his informant check at the Stop and Go and headed on his way to kill another Black leader … .

The release of the movie “Judas and the Black Messiah” is sure to create some conversations around the role that FBI informant William O’Neal played in the assassinations of Chairman Fred Hampton and Mark Clark of the Illinois Black Panthers on December 4, 1969. But the bigger question is what have we learned from these murders and how do they impact the Black community in 2021?

One of the worst things you can be called in the ’hood is a rat. This label, as well as the anti-snitching movement, has led to the deaths of countless numbers of Black men and women. Although, “snitching” is usually a term used when a 10-year-old little girl is hit by a stray bullet and no one says anything because of the no snitching code of the streets, we must take a critical look at the historical root of the anti-snitch mentality in the Black community.

Let us begin back during chattel slavery. According to Dr. Claud Anderson in his book, “Black Labor, White Wealth,” there used to be something called meritorious manumission. This allowed enslaved Africans to legally obtain their freedom by performing “good deeds” for Massa, which included snitching on fellow slaves.

During the early 20th century, there were even rats in Marcus Garvey’s Universal Negro Improvement Association, including James Wormley Jones, also known as Agent 800. (Read “The American Directory of Certified Uncle Toms,” by the Council on Black Internal Affairs.)

It must also be noted that not all informants during this period were Black. According to the March 21, 1993 edition of the Memphis Commercial Appeal, Joel Spingarn, one of the early White leaders of the NAACP worked for the Military Intelligence Division of the U.S. Army and obtained a list of the 32,000 members of the association on the agency’s behalf.

During the Civil Rights Era, it must never be forgotten that Malcolm X’s bodyguard, Eugene Roberts, the man who attempted to perform CPR on the dying leader at the Audubon Ballroom, was really an undercover agent with the Bureau of Special Services and Investigations for the New York Police Dept. According to Karl Evanzz’s book “The Judas Factor,” BOSSI was “an ultra secret unit of the New York Police Department created by Percy Foxworth, then head of the FBI’s New York bureau.”

However, Roberts and O’Neal were not the only snitches during the Civil Rights/Black Power Era. Kenneth O’Reilly in his work, “Racial Matters,” states that the FBI had at least 7,500 known “ghetto informants” who would go around the ’hood trying to dig up dirt on Black militants.

Even in the Hip Hop Era, as much as rappers talk about snitches, few mainstream artists mention the government and law enforcement surveillance of entertainers from Paul Robeson to Tupac Shakur. (Read John Potash’s book, “The FBI War on Tupac Shakur and Black Leaders.”)

Although, the FBI’s COINTELPRO (Counter Intelligence Program) is supposed to be a thing of the past, the late researcher Steve Cokely always warned us to be on the lookout for “Now-INTELPRO.” Unfortunately, it may be another decade before all the surveillance information surrounding the protests of the post Trayvon Martin era is revealed.

Since America has yet to really fess up to this dark side of her history, many White folk can’t conceptualize the innate distrust of the police by Black Americans. Most alarming, without historical context, is the idea “no stitching” has been used to allow some Black people to be willing accomplices in our collective genocide.

The eternal question is, if we can’t trust the police, what is the alternative so we can make our communities safe so our children can play outside?

It all boils down to communal responsibility. Those who murder other Black people should be pointed out and ostracized by the total Black community instead of protected. They should be disowned, so much so that their own grandmothers won’t let them in the house for Sunday dinner. They must become such pariahs in the Black community that even the young cashier at McDonalds will throw their money back in their faces yelling, “Your blood money’s no good here!” even when they try to order a Big Mac.

Until we address the true meaning of the word “snitch,” we will continue to have members of the Black community suffering under this deadly code of silence without even knowing why.