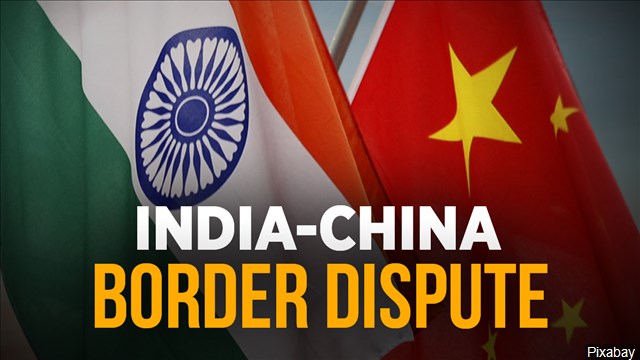 SRINAGAR, India—China and India are pulling back front-line troops from disputed portions of their mountain border where they have been in a standoff for months, both countries said.

The troops began the disengagement on Feb. 10 at the southern and northern banks of Pangong Lake in the Ladakh region, they said.

China’s Defense Ministry said in a statement Feb. 10 that both sides had started a “synchronized and organized” disengagement.

The tense standoff high in the Karakoram mountains began in early May, when Indian and Chinese soldiers ignored each other’s repeated verbal warnings, triggering a yelling match, stone-throwing and fistfights at the northern bank of Pangong Lake, where contested ridges push into the glacial lake from eight directions and are referred to as “fingers.”

By June it escalated and spread north in Depsang and Galwan Valley, where India has built an all-weather military road along the disputed frontier. Tensions exploded into hand-to-hand combat with clubs, stones and fists that left 20 Indian soldiers dead. China is believed to also have had casualties, but has not given any details.

Since then, both countries have stationed tens of thousands of soldiers backed by artillery, tanks and fighter jets along the de facto border called the Line of Actual Control, or LAC, with troops settling in for the harsh winter.

Each side accused the other of instigating the violence. They started military and diplomatic talks on ending the crisis, which has dramatically changed the India-China relationship.

China in its brief statement did not provide details on the disengagement. Singh said the “Chinese side will keep its troop presence in the northern bank area to east of Finger 8.”

India claims all eight fingers at Pangong Lake but its military presence extends up to Finger 3. The area between Fingers 4 and 8 was traditionally patrolled by both sides before the situation escalated in May, though China claimed the area.

According to India, Chinese soldiers occupied the area between Fingers 4 and 8 last year. India responded in August by occupying at least three uninhabited mountaintops on the lake’s southern bank, during which the two sides fired warning shots for the first time in 45 years, raising the specter of a full-scale military conflict and leading Beijing to furiously demand that Indian troops withdraw.

“Reciprocally, the Indian troops will be based at their permanent base” near Finger 3, Mr. Singh said. “A similar action would be taken in the south bank area by both sides.”

Mr. Singh said the two sides also agreed on a “temporary moratorium on military activities” on the lake’s northern bank. “Patrolling will be resumed only when both sides reach an agreement in diplomatic and military talks that would be held subsequently,” he said.

Lt. Gen. D.S. Hooda, who was head of the Indian military’s Northern Command from 2014 to 2016 under which the Ladakh region falls, said the agreement “is a significant step toward comprehensive disengagement and finding some solution to the existing issues between the two countries.”

He said it would take a while for the two nations to rebuild trust and put in place new agreements. “The ongoing crisis has led to a great deal of mistrust and a complete breakdown of agreements and protocols that kept peace along the control line,” he said.

But some Indian experts said the development meant the Indian government had accepted Beijing’s position over the contested territory.

“Talk about mutual withdrawal from Pangong positions is just a smokescreen!” tweeted Ajai Shukla, a former Indian military officer and a defense commentator.

“From the start, China’s real military objective in East Ladakh has been Depsang. There’s not a word to be heard about that,” he said.

Depsang, one of the most strategically important areas in the region, is where India has the world’s highest landing strip and where, according to Shukla, the Chinese military has entered 15 to 18 kilometers (9 to 11 miles) inside Indian-held areas.

The LAC separates Chinese- and Indian-held territories from Ladakh in the west to India’s eastern state of Arunachal Pradesh, which China claims in its entirety. LAC is broken in parts where the Himalayan nations of Nepal and Bhutan border China. It divides areas of physical control rather than territorial claims.

India claims the Chinese-controlled Aksai Chin Plateau as part of the Ladakh region. According to India, the control line is 3,488 kilometers (2,167 miles) long, while China says it is considerably shorter.

Relations between the two countries have often been strained, partly due to their disputed border. They fought a border war in 1962 that spilled into Ladakh and ended in an uneasy truce. Since then, troops have guarded the undefined border and occasionally brawled. They had agreed not to attack each other with firearms.

The current standoff is over disputed portions of a pristine mountainous landscape that boasts a glacier that feeds one of the largest irrigation systems in the world and is a critical link in China’s massive “Belt and Road” infrastructure project.

India unilaterally declared Ladakh a federal territory and separated it from disputed Kashmir in August 2019, ending Indian-administered Kashmir’s semi-autonomous status. It also vowed to take back the Aksai Chin Plateau.

According to some Indian and Chinese strategic experts, India’s move exacerbated existing tensions with China, leading to the June border clash.

China was among the first countries to strongly condemn the move at international forums including the UN Security Council. (AP)