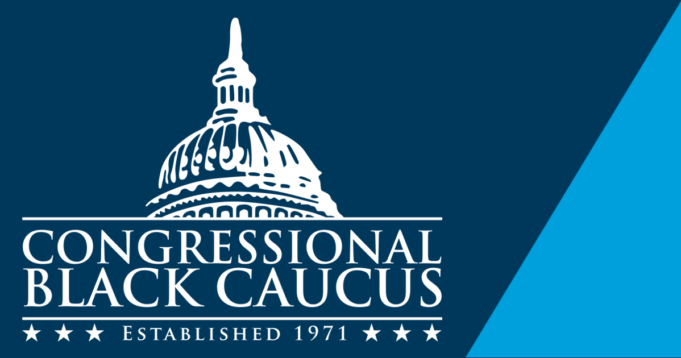 WASHINGTON—There’s a new sheriff in the House—the House of Representatives that is, in the 117th Congress which took the oath of office early this year. She’s Rep. Cori Bush (D-Mo.), and even though she’s not an attorney, she’s landed a seat on the House Judiciary Committee and she has proceeded to lay down the law in her own words.

In a passionate floor speech Feb. 4, she delivered fire from the streets of her home in Ferguson, Mo., when recalling her feelings about the treasonous insurrection that stormed the Capitol Building on Jan. 6 in an attempt to set aside Congressional certification of President Joe Biden’s Electoral College victory.

“I just remember taking a second thinking, if they touch these doors,” she said of any assault on her office, “if they hit these doors … and come anywhere near my staff, my thought process was, ‘We bangin’ ’til the end.’ I’m not letting them take out my people, and you’re not taking me out.”

“I’ve survived sexual assault, police abuse, domestic violence, and being unhoused and uninsured. That’s not a unique pain I carry. It’s one that so many of us live with each day,” Rep. Bush tweeted about her inauguration which took place Jan. 3. “I take my seat in Congress to fight for a world where nobody has to endure that pain.”

Their ascension will clearly mean a more radical CBC. “Well, I hope it does,” Dr. Clarence Lusane, professor of political science at Howard University told The Final Call. “I think we’re seeing younger people coming in and they’re coming in with a much broader and more leftist set of politics, not only to the Congressional Black Caucus, but to the Democrats overall. And the Democrats need that voice. They need that push. They need a coherent strategy to get past not just the current Trump era, but even before that, the Democrats were not bold enough. So hopefully these young people will take the Democrats and the country in a more progressive direction,” Dr. Lusane continued.

Neither of those two new members of Congress followed the traditional route through local elected office into political office. Rep. Bush was an activist around the Ferguson uprising after the 2014 police killing of Michael Brown, and Rep. Bowman was a middle school principal. Both challenged and unseated established Democratic Party incumbents in hotly contested primaries earlier in 2020.

“A lot of the older generation of Congressional Black Caucus members came pretty much through the system,” said Dr. Lusane. “They’re elected in state houses around the country and sort of came up as almost sort of traditional elected officials. But what we’re seeing with everybody from Cori Bush to AOC and others is that they come from activist backgrounds.”

Both new members pledged to stand for justice for innocent Black people who continue to be wantonly murdered by police who are rarely held accountable. “We’re fighting in your memory, Tamir. You won’t be forgotten,” Rep. Bowman tweeted about 12-year-old Tamir Rice who was gunned down by police two seconds after they arrived at a Cleveland, Ohio playground and saw the child playing with a toy gun in 2014.

“A system this cruel and inhumane can’t be reformed. Defund the police, and defund the system that’s terrorizing our communities,” Mr. Bowman’s message said.

“I was raised by a single mom,” Mr. Bowman said in an interview with The Cut. “I’ve lived in public housing, rent stabilized apartments. I used to get in trouble in school. My job is to fight for policies that will help children like me, children who struggle across the country.”

Their humble beginnings may help explain their solid connections with their grassroots constituents. “And so, they bring a different kind of ethos and also a different sort of link to the communities that they represent,” said Dr. Lusane. “And so, again, hopefully that will manifest itself in the kind of public policies that they begin to fight for and argue for in the Congress.”

“We’re going to Congress to end the educational apartheid that has created a two-tiered public school system that denies working-class children, largely Black and Latinx, the resources they need to succeed. And we won’t compromise on that,” Mr. Bowman said in the interview.

“When people think our movement fighting for Black lives can be intimidated, they don’t realize that many of us have faced gun violence before, that we’ve dealt with police abuse for decades. That we’ve survived injustice for our whole lives,” said Ms. Bush, according to News One. “You can’t scare us.”

The House Democratic Steering Committee announced Rep. Bush’s appointment to the prestigious Judiciary Committee. “Congresswoman Bush, a civil rights activist and community organizer who has fought for justice on the streets of Ferguson and across the country, will bring first-hand experience as the committee tackles systemic racism and criminal justice reform,” Judiciary Committee chairman Rep. Jerrold Nadler (D-N.Y.) said in a statement.

“I ran for office on the promise of justice,” Rep. Bush said in a statement. “Justice for Black lives. Justice for every community held back by racist systems and oppression. St. Louis, we are taking our fight from the Ferguson Frontline to the U.S. House Judiciary Committee.

“It cannot be called the Justice Department if it cannot bring about justice for the murder of 12-year-old Tamir Rice,” Rep. Bush said, following the announcement that there would be no charges brought by the federal government against the officers who shot the Cleveland child. “In Tamir’s honor, we say to every Black child: we love you. And we will never stop fighting to protect you.”

Like the original members of The Squad, the new congress members are not shy about expressing their opinions. “I believe our current system of capitalism is slavery by another name,” Mr. Bowman said in an interview with The Root.

“We’ve moved from physical chattel enslavement and physical racial segregation to a plantation economic system,” he continued. “One that keeps the majority of Americans unemployed, or underemployed and struggling just to survive, while the power elite continues to concentrate wealth in the hands of a few, and allow large corporations to pretty much run the world as multinational corporations. The pandemic has revealed it,” he continued.

“With almost 300,000 dead from the pandemic, disproportionately Black and brown, and Jeff Bezos is the first $200 billionaire. In the next six years, he might become the first trillionaire.

“I don’t think (former President Barack) Obama is the standard we should be striving towards. I think the Squad is more of a standard we should be striving towards because I think the Squad is more responsive to what’s happening today in our streets,” Rep. Bowman continued. “I think Obama represents a certain demographic of the Democratic Party, but the Democratic Party is a big and diverse tent. I think the Squad and myself represent more of what’s happening right now in the party, on the ground, in the streets—particularly with parts of the community that we haven’t always engaged very well.”

Despite the narrow victory of House Speaker Nancy Pelosi (D-Calif.), retaining her seat, the arrival of new, progressive members like Reps. Bowman and Bush, likely spells the approaching end of Pelosi’s tenure.

“So, we’re about to turn the corner on the Pelosi era,” said Dr. Lusane. “That’s pretty clear. She even actually kind of said that. The question is will we get Pelosi Jr. or Pelosi light or will we get a new direction?

The number of Black members of Congress has swollen since 1970 when 13 Black House members led by Rep. John Conyers (D-Mich.) formed the CBC. The Caucus now includes a senator, and there are even two Black House members and a Senator who have no intentions of aligning with the CBC—they are Sen. Tim Scott (R-S.C.), and Reps. Burgess Owens (R-Utah) and Byron Donalds (R-Fla.).

The trio voted to support the challenge to the certification of the Electoral College, supporting the baseless claims by Mr. Trump—which were thrown out of courts 60 times, even by judges appointed by Mr. Trump, and rejected by the Supreme Court—that the Nov. 3 presidential election was stolen from him, the rightful victor.

“Proud to sign this statement alongside so many of my colleagues. We owe it to the American people to protect the integrity of our electoral system. Period,” Mr. Owens, a retired NFL player tweeted. He calls himself the “anti-Colin Kaepernick” and labeled Black Lives Matter “a Marxist organization” comparable to the Ku Klux Klan. He spoke at the Republican National Convention last year, praising Mr. Trump’s record on race.

Mr. Donalds agrees: “I think that is a little bit, probably not completely accurate. What happened in many of these courts and cases is the evidence was never heard. The cases were kicked out on procedural grounds,” he said of Mr. Trump’s multiple election challenge court defeats.

Their latest gambit is to attempt to pressure the National Museum of African American History and Culture (NMAAHC) to properly “honor” the undistinguished career of Black Supreme Court Justice Clarence Thomas by presenting a more favorable image of him. They say currently the museum “falls short” in reflecting his legacy.

“This museum is a national treasure for our nation’s fabric— this is especially true for me as a Black American and Republican,” Mr. Donalds wrote in a letter reported by Fox News in early February. “Black History transcends political correctness and partisanship. Overall, the NMAAHC honors its mission, but it is unfortunate to see pitfalls likely driven by irresponsible bias,” the letter said.

The museum, which opened in September 2016 has a permanent collection of more than 36,000 artifacts, and is a Smithsonian Institution museum.

In all, there are 59 Black House members, two Black Senators and two Black non-voting delegates in this 117th Congress. Among them there are six Black chairs of major House standing committees, including Education and Labor, Financial Services, Foreign Service and Homeland Security; as well as dozens of Black subcommittee chairs.