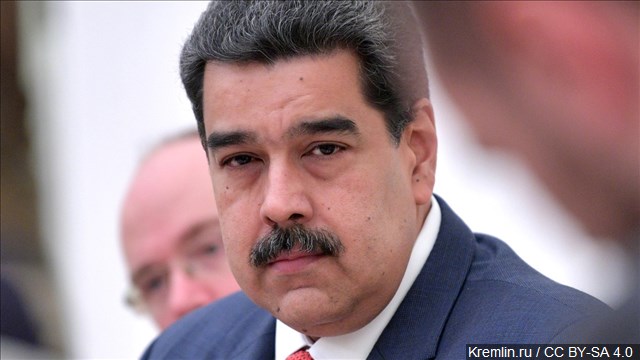 Venezuelan President Nicolas Maduro has condemned a “terrorist attack” on a major gas pipeline at a time when the Latin American country is already reeling from fuel shortages due to illegal U.S. sanctions against Caracas.

The incident took place on Jan. 23 and led to a major fire at the facilities in the northeastern state of Anzoategui. Media reports said the fire has left no casualties and workers at the state-run oil and gas company Petroleos de Venezuela (PDVSA) have already stopped the gas leak.

“Today we suffered a terrorist attack on the eastern gas pipeline that caused a huge fire that at this time is already controlled by the workers of Petroleos de Venezuela,” Maduro said during an address broadcast on YouTube.

The president, however, did not give further details on the fire incident but said the “attack” sought to compromise the country’s fuel supplies.

A video clip from the scene showing the fire was shared on social media.

Mr. Maduro has in the past accused the U.S. of organizing attacks on Venezuelan infrastructure, including communications, energy, and oil and gas facilities.

Mr. Maduro has said Western sanctions targeting PDVSA and its subsidiaries are an attempt to seize the state-run oil and gas company’s foreign assets and prevent the firm from completing transactions.

Venezuela sits on the world’s largest oil reserves and its refineries can produce more than 1.3 million barrels per day (bpd) of fuel, but they are working at less than 20 percent of their capacity mainly due to power outages and lack of spare parts amid U.S. sanctions.

The country descended into political turmoil after opposition figure Juan Guido unilaterally declared himself “interim president” in January last year, followed by an abortive coup against the elected government of Mr. Maduro. There was also an attempt at assassinating Mr. Maduro in a drone strike in 2018.

Ever since, Washington has imposed several rounds of crippling sanctions against the oil-rich South American  country aimed at ousting Maduro and replacing him with Guaido.The sanctions, which include the illegal confiscation of Venezuelan assets abroad and an economic blockade, have caused enormous suffering for millions of people in the country.

According to the UN, more than five million Venezuelans have left the country since 2015 to flee the political and economic turmoil in the country.

Venezuela hopes to ‘turn the page’ with U.S.

Also on Jan. 23, Mr. Maduro said he was willing to “turn the page” with the U.S. under newly-elected President Joe Biden, calling for a “new path” after years of tension with the Trump administration in Washington.

“We are willing to walk a new path in our relations with Joe Biden’s government based on mutual respect, dialogue, communication and understanding,” the Venezuelan president said, adding that he “is willing to turn the page” with the new U.S. administration.

In November, when Mr. Biden won the U.S. presidential election, Mr. Maduro congratulated the then-president-elect and said Caracas was “ready for dialogue and good understanding with the people and government of the United States.”