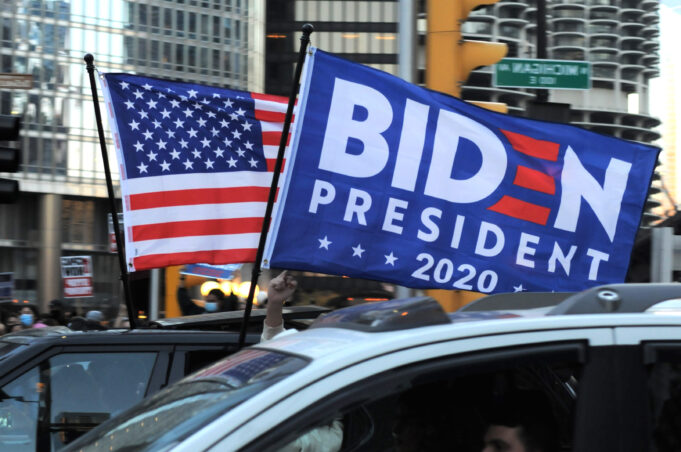 While coming out of the gate pushing executive orders and undoing some of what his predecessor did, President Biden has stressed his desire to work across the aisle in Congress and work together with Republicans for the good of the country.

There isn’t much of a desire to cooperate on the other side, especially with the impeachment of Donald Trump, and the power the 45th president retains over the Republican Party. Not to mention how millions of Americans, some 70 percent of Republicans, do not believe that Mr. Biden is a legitimately elected president.

While the Democrats hold a majority in the House and a one-vote advantage in the Senate, the president has stressed coming together and being a president for everyone, even those who didn’t vote for him.

The Democrats with their one-vote margin in the Senate and majority in the House can push some things through a legislative process that would require the president’s party to stay together and act in lock step. We will see if that happens and to what degree, but there is plenty of opposition to the Dems acting unilaterally.

Where does that leave Black people?

Mr. Biden didn’t run with the promise of major change but with the slogan, “Build Back Better.”

Given what Blacks have suffered through the Covid-19 pandemic alone, build back better is not enough. Blacks account for one-third of deaths from the coronavirus, Black businesses have not benefitted significantly from federal aid delivered and were locked out of the initial trillion dollar disbursals.

According to City News Service, USC and Princeton research found “due to the more than 336,000 pandemic deaths in the United States in 2020, life expectancy at birth for Americans will shorten by 1.13 years to 77.48 years, according to the study published in Proceedings of the National Academy of Sciences. That is the largest single-year decline in life expectancy in at least 40 years and the lowest life expectancy estimate since 2003.”

“Despite seeking financial assistance at much higher rates, Black business owners were significantly less likely to receive both government and private funding,” said the group.

According to research conducted by the University of California, Santa Cruz and the National Bureau of Economic Research, “41 percent of Black-owned businesses—some 440,000 enterprises—have been shuttered by Covid-19, compared to just 17 percent of white-owned businesses.”

Build back better will not bring us back from the abyss where we find ourselves at this time. And those are just recent challenges connected with the coronavirus pandemic not counting age-old problems of poverty, unemployment, inferior education, lacking healthcare, oppressive policing, homelessness, food insecurity and violence and disrespect we heap on one another from inside of our community.

If the president is consumed with pushing for unity, where is anything that invokes racial animosity or even talk of “equity” really going? If White folks are angry and any talk of doing right pushes them away or “divides” the country, will our interests be sacrificed or underplayed so that Whites can try to find some path to reconciliation?

The question is not just about Mr. Biden but goes to what the Democratic Party and Democrats sitting in Congress will do. Could it be that the desire for “unity” will make dissident Democrats in the Senate, in particular, extremely important and Black folk will be told to hold on a minute while Whites get things together?

Some Blacks are already saying now is not the time to push hard for what our community needs.

If not now when? Our people are suffering and dying. If Black voters delivered and saved America from the Trump catastrophe, don’t Black folk deserve something? Shouldn’t there be a priority to our needs? That priority must be reflected in more than executive orders or a few Black faces in high places. That will mean a fight has to occur. Who is willing to fight for us? And should we expect anyone to be more willing to fight for us than we are for ourselves?

If those who we supported, promoted, bullied and coerced others into voting for aren’t acting in our interests, why did we participate in the political process? Why should we expect our people to participate in such a sham process that continually dumps Black people and Black interests to soothe the souls of White voters who aren’t even on the same team?

This isn’t a time for feel good politics or symbols without substance. We need to have a collective Black agenda and we must preserve, protect and defend Black interests. Anyone who doesn’t support us is a political enemy, not a friend, and should be treated as such. That means they must be called out, challenged inside the political system, lobbied and organized against, and ousted from office. If we fail to act in our own interests, we can only blame ourselves for the outcomes.