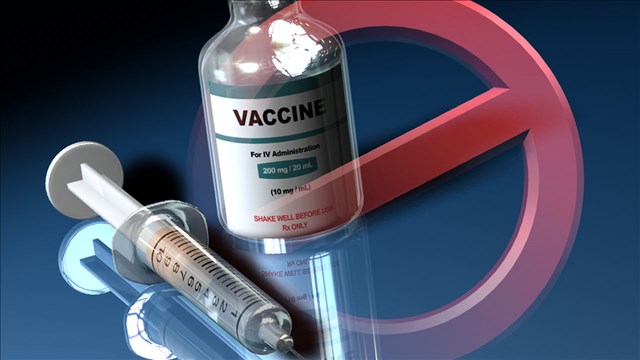 Concerns about safety and efficacy topped reasons why some medical personnel, firefighters and others are not taking Covid-19 vaccines. Many frontline nurses say information about the vaccines is lacking.

Katarina Thompson, a registered nurse, is also the Service Employees International Union’s chief spokesperson on Covid-19 for its healthcare workers.

Her number one goal, especially with the coronavirus surging, is looking at ways to keep health workers safe versus any vaccination risks.

“I have seen fear in some healthcare professionals, and others are standing firm on their decision on not taking the experimental vaccine. Some of my colleagues are preparing to do for self and create jobs for themselves if they are forced to take the vaccine,” said Pauline Muhammad, a licensed family nurse practitioner in Miami.

Miami isn’t the only place with problems.

Surprising numbers of health care workers who have seen firsthand the death and misery inflicted by Covid-19 are refusing shots, the Associated Press reported Jan. 8.

More than three weeks into the campaign, some places are seeing as much as 80 percent of the staff holding back. “I don’t think anyone wants to be a guinea pig,” said Dr. Stephen Noble, a 42-year-old cardiothoracic surgeon in Portland, Oregon, who is postponing getting vaccinated. “At the end of the day, as a man of science, I just want to see what the data show. And give me the full data.”

Alarmed by the phenomenon, some administrators have dangled everything from free breakfasts at Waffle House to a raffle for a car to get employees to roll up their sleeves. Some states have threatened to let other people cut ahead of health care workers in the line for shots.

PruittHealth runs about 100 long-term care homes in the South, and fewer than 3 in 10 workers offered the vaccine accepted it, AP reported.

In Illinois, a big divide has opened at state-run veterans homes between residents and staff. The discrepancy was worst at the veterans home in Manteno, where 90 percent of residents were vaccinated but only 18 percent of the staff members.

In rural Ashland, Alabama, about 90 of some 200 workers at Clay County Hospital have yet to agree to get vaccinated, even with the place so overrun with Covid-19 patients that oxygen is running low and beds have been added to the intensive care unit, divided by plastic sheeting.

The pushback comes amid the most lethal phase in the outbreak yet, with the death toll at more than 350,000, and it could hinder the government’s effort to vaccinate somewhere between 70 percent and 85 percent of the U.S. population to achieve “herd immunity.”

Stormy Tatom, 30, a hospital ICU nurse in Beaumont, Texas, isn’t getting vaccinated at this point “because of the unknown long-term side effects.” “I would say at least half of my coworkers feel the same way,” she told the Associated Press.

In West Virginia, only about 55 percent of nursing home workers agreed to the shots when they were first offered last month, according to Martin Wright, who leads the West Virginia Health Care Association.

North Carolina’s top public health official estimated more than half were refusing the vaccine there. SavaSeniorCare has offered cash to the 169 long-term care homes in its 20-state network to pay for gift cards, socially distanced parties or other incentives. But so far, data from about a third of its homes shows that 55 percent of workers have refused the vaccine.

“There’s fear out there,” declared the headline on a Raleigh News & Observer article Jan. 8. The story was about nursing home workers refusing vaccines.

“In November, Principle Long Term Care asked the full-time staffers across its 36 state nursing homes whether they felt comfortable taking a Covid-19 vaccine. A stark answer came back: About 25 percent said yes,” the News & Observer reported.

“In North Carolina nursing homes, 2,627 residents and staff have died, according … to data from NC DHHS. That number is 749 among residents and staff at residential care facilities, which includes adult care homes. Overall, 83 percent of the state’s deaths have been among people who are 65 and older. Sixty percent of those are older than 75,” said the News & Observer.

North Carolina has not considered mandating that any group of people take the Covid-19 vaccine, the News & Observer reported.

The American Health Care Association and National Center for Assisted Living, a national group that represents more than 14,000 nursing centers and assisted living communities, noted “vaccine hesitancy remains a primary focus,” according to the News & Observer.

Even nursing homes in tiny Hailey, Idaho, population about 8,500, saw workers balking at taking Covid-19 vaccines. According to a Jan. 7 report by KTVB-TV, half of staffers at two nursing homes refused. “It’s a trend we have been seeing since the Covid-19 vaccine was first distributed across the country in December—front line health care workers refusing to get vaccinated,” KTVB-TV reported. “This is a nationwide trend, according to a poll by the Kaiser Family Foundation, which found last month that 29 percent of those who work in health care are hesitant to get the shot. That’s a worse percentage than the general public.”

Silvercreek nursing home is “based in Texas and has facilities across the western U.S.” A company official told KTVB nearly 100 percent of residents got vaccinated, but in some locations the number of staff vaccinated was between 50 percent and 75 percent. In others, it was just 25 percent.

“Some have declined because of religious beliefs, some have declined because they’re saying it’s too new,” said a Silvercreek employee home supervisor. “Nobody has really said they declined because they’re uneducated to what the vaccine really is. … Most of it is just because it’s so new, they want it to be out on the market a little longer and make sure people aren’t dying from it. And I think it’s just human nature to be in this world where this unknown pandemic just popped up one day and then they, it seems like the vaccine was pretty rushed.”

“Right now, Idaho state laws don’t allow facilities to make the Covid-19 vaccine mandatory for current employees. But because Idaho is an at-will employment state, an employer could potentially fire an employee who refuses to get vaccinated. There are exceptions to that general rule though,” said KBVT-TV. “Future employees may be required to get the vaccine as a condition for employment—like they do with tuberculosis shots. As of now, the state of Idaho is not tracking which front line workers have declined the vaccine.”

On the world scene, thousands of nurses are saying “no” to the vaccines: “We are also starting a lawsuit to bring a really large group of doctors and a really large group of nurses because we have contact with 87,000 nurses that do (not) want the vaccine that is being prepared for us. They are not willing to be the guinea pigs,” declared Dr. Elke De Klerk from the Netherlands during a recent hearing of the country’s Covid-19 Extra pulmonary Inquiry committee, reported the International Business Times.

Forbes magazine catalogued growing anti-vaccine sentiment: Ohio Gov. Mike DeWine is worried that 60 percent nursing home workers declined to take the vaccine. More than half the nurses in the critical care unit at Houston’s United Memorial Medical Center told the unit head they would not take the shot.

Twenty percent to 40 percent of frontline workers in Los Angeles County and less than half of the hospital workers at St. Elizabeth Community Hospital in Tehama County, Calif., were willing to be vaccinated.

Twenty-nine percent of healthcare workers were “hesitant” about taking the vaccine, a Kaiser Family Foundation survey found. Staffers cited “concerns related to potential side effects and a lack of faith in the government to ensure the vaccines were safe,” said Forbes.

A survey by the New York Firefighters Association found about 55 percent of city firefighters said they would bypass the Covid-19 vaccines. Officials at the city fire department declined to comment on survey results, saying the vaccine is recommended but not mandatory.

“Frontline workers in the United States are disproportionately Black and Hispanic. The pandemic has taken an ‘outsized toll’ on this segment of the population, which has reportedly accounted for roughly 65 percent of fatalities in cases in which there are race and ethnicity data. A study published by the journal The Lancet over the summer found ‘healthcare workers of color were more than twice as likely as their white counterparts,’ to test positive for the coronavirus,” Forbes reported Jan. 3.

National forecasts predicted 405,000 to 438,000 total Covid-19 deaths in the United States by Jan. 30, according to the Centers for Disease Control.

Frontline workers are concerned about the pandemic and the new vaccines, which reportedly protect against severe Covid-19 symptoms but do not stop transmission of the virus.

“Many are waiting to see if it is made mandatory or just waiting to see what happens to others before they decide. They know that it is not a cure for Covid-19 and they do not have confidence in this experimental vaccine,” said Pauline Muhammad.

First responders were among those least willing to be vaccinated, according to a poll conducted by the Orange County Covid-19 Task Force in December.

It found that among those prioritized for the vaccine, 35 to 54 year old Hispanics and Blacks, those with a high school diploma or some college, those from Anaheim, Costa Mesa and Santa Ana showed the lowest willingness to be vaccinated.

“I believe that just about every decision that’s being made is being made out of fear, one way or the other,” said Dr. Akili Graham Muhammad, a general family physician who practices in Houston. He is also a member of the Nation of Islam Coronavirus Task Force.

He certainly doesn’t know how many Black people have heard the Honorable Minister Louis Farrakhan’s divine guidance and instructions against taking the Covid-19 vaccine, but he thinks about it.

Last July, the Minister delivered a major address from his Michigan home. He emphatically said do not take the vaccines, talked about alternative therapies in development, called for allowing Cuba to help stem the pandemic and for Black health experts and professionals to come together to examine any proposed treatments and to develop their own treatments.

“How in the hell could you trust (Whites) with a vaccine after you know what they have done and that they are capable of doing again on a bigger and broader level?” the Minister asked.

(Final Call staff and the Associated Press contributed to this report.)