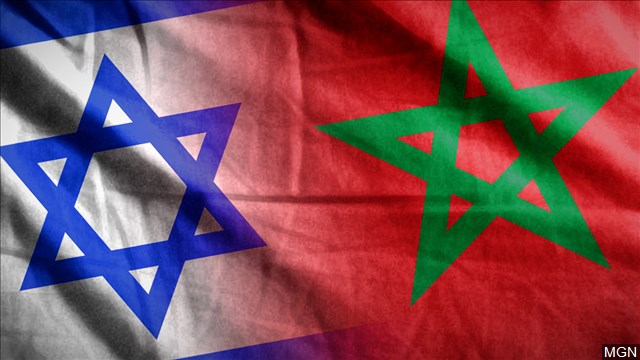 President Trump’s closing foreign policy initiatives have included a major effort to convince and coerce African and Asian nations to “normalize” relations with the state of Israel in exchange for promised U.S. financial, military and possibly diplomatic assistance.

In recent past, Israel has been on a mission to strengthen and exploit its ties with Africa. Not only has Israel made efforts to gain observer status with the Ethiopian-headquartered African Union, but in 2017 it tried its hand and failed miserably at co-sponsoring the “Africa-Israel Summit” in Togo, West Africa. This much discussed-in-the-press-relationship-with-Africa has been all about, but not solely devoted to, influencing Africa’s 54-nation voting bloc in the 193-member United Nations.

Under a headline titled “Trump’s normalization of Israel spreads to Africa,” some call it, said Al Jazeera, a witness of the “American president’s deal making prowess.”

Communications consultant, writer and award-winning political cartoonist Patrick Gathara defined the president’s actions, which included helping Israel establish diplomatic ties with the Middle East, as doing “everything” in his power to secure reelection.

This peacekeeping agreement with Sudan that has now expanded to include Morocco “is neither a peace agreement, nor groundbreaking,” he said.

The transitional government of Sudan was coerced by the U.S. to “abandon its moral principles for the sake of national survival,” wrote the Nairobi-based Gathara.

Without enough conclusive evidence to indict her, Sudan agreed to pay more than $330 million to U.S. victims of terrorism and recognize Israel. Sudan was then removed from the U.S. list of state sponsors of terrorism and relieved of punishing sanctions.

Being blacklisted and the crippling financial sanctions put enormous pressure on the Islamic country of Sudan. It led to Sudan capitulating on past support for Palestinian rights. Sudan also faced “terrifying” hunger with the United Nations saying 9.6 million people were “severely food insecure.” On top of that were devastating floods and a Covid-19 shutdown.

The BBC noted: So long as crippling financial sanctions remained in place, legitimate Sudanese businesses would continue to be handicapped. Foreign direct investment would remain shackled and the International Monetary Fund and World Bank would not open their coffers and adopt a package to relieve Sudan’s massive $72 billion debt and counting. Sudan was easy prey in Israel’s quest for diplomatic ties.

North Africa’s Morocco is the latest country in the Maghreb and West Asia to recognize Tel Aviv. According to the editor of the Pan African News Wire, “the administration of President Donald Trump has endorsed the crafting of a new map depicting this country absent of the internationally recognized Western Sahara, whose people are still seeking national independence.”

In a video, noted moroccoworldnews.com, “Netanyahu spoke … on Twitter about his recent call with King Mohammad VI after Morocco and Israel officialized their move to establish full contact and diplomatic relations.” In the video, while speaking “Netanyahu displayed a divided map of Morocco, which excluded Western Sahara.”

Pan African News Wire editor Abayomi Azikiwe wrote, “Since the mid-1970s when Spain abandoned its colonial claims on the Western Sahara, the governments of Morocco and the U.S. have thwarted every attempt to win the liberation of the Saharawi people inhabiting the area. For over 40 years, the Polisario Front has waged a protracted struggle on behalf of the provincial Saharawi Arab Democratic Republic (SADR), which is recognized as the legitimate representatives of this territory by the United Nations and the African Union.”

Azikiwe portrays correctly how the demands of the Polisario Front and the SADR center on a 1991 United Nations Security Council Resolution 690 “mandating the holding of an internationally supervised election on whether the Saharawi people want independence. Judging from the support shown to the SADR by residents of the territory and among progressive elements within the international community, a majority of the people would undoubtedly vote for total independence.”

According to the atlanticcouncil.org, there is “a significant Moroccan Jewish community in Israel, with one million Jews of Moroccan origin, while around 3,000 Jews live in Morocco.”

The Jewish community of both countries has always been one of the main pillars of their relationship.

Despite issues surrounding the Israeli-Palestinian conflict, Morocco remained—via its multiple synagogues, Jewish schools, and museums—a center of Jewish life in North Africa and the Arab world. It had “the largest Jewish community—despite the exodus of Moroccan Jews during the mid-twentieth century following the establishment of Israel,” said the website.

If Moroccan Jews knew the racist history attached to their arrival in Israel maybe diplomatic ties would be harder to achieve.

The first Jews of color or Semites to come to Israel came in 1948 from North Africa, including Morocco and the Middle East and were settled in Dimona, a city now of 33,000 that sits in the Negev desert. But in 1948, it was unpopulated and simply in the middle of nowhere.

According to journalist and filmmaker David Sheen, who lives in Dimona, against their will Jews of color were sent to Dimona. This began when Israel’s first prime minister, David Ben-Gurion, announced that he wanted Dimona to be the capital of Israel. The idea was to populate as much of the land as possible, and he “wanted Jews to inhabit that land.”

In 2019, during an exclusive interview with Africa Watch from his home, Sheen said, “If you were an Ashkenazi Jew (from Europe) you could move to wherever you wanted to live … . But if you were of those Jews whose ancestors were from Morocco or North Africa or the Middle East what you found is that you were sent to these desolate areas of the country where nothing existed. The government needed you to be a foot soldier, so they would send you there … against your will … . The trucks dropped them off (in the desert) and they realized they’ve been lied to and deceived by the government they trusted.”

Many Moroccans expressed their views online over the Israeli-Palestinian conflict declaring the normalization “was a trade-off  between the Palestinian state and Western Sahara,” said the Atlantic Council. In fact, diplomatic ties with Israel brokered by the Trump Administration are being used to help legitimize Morocco’s illegal control of Western Sahara.

According to the Washington based Brookings Institute: “they will resume partial diplomatic ties but Morocco has not committed to opening an embassy in Israel (rather, it will open liaison offices, as it had prior to 2002) nor will it establish full diplomatic relations. Within a day of Trump’s announcement, his administration sent notice to Congress about a potential $1 billion arms sale to Morocco—a similar move to the one the administration made following the United Arab Emirates’ normalization with Israel.”