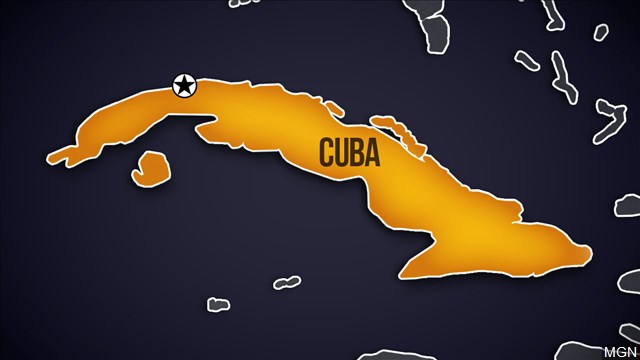 During its final days in power, the Donald Trump administration is pushing to designate Cuba a state sponsor of terrorism.  Observers of United States-Cuba relations see the move as cynical, particularly at a time of global mitigation of coronavirus where Cuba has experienced success, while the U.S. suffers the highest numbers of cases and deaths worldwide.

Some analysts find it ironic the U.S. is not trying instead to court Cuba with its proven coronavirus treatments that could help the U.S. as was done in other nations. “Instead… they’re looking how to strangle further,” said Sara Flounders, co-director of the New York based International Action Center.

Cuba helped curb the virus worldwide. However, while only 90 miles off the Florida coast, a 60-year-old embargo blocks entry into the U.S. with its proven treatments. At presstime, numbers from Johns Hopkins University shows the U.S. has the highest case tally in the world at 19.3 million and the highest death toll at 334,967, or more than a fifth of the global total.

For the State Department to draw up a proposal to designate the small island nation a state sponsor of terrorism is itself a contradiction, reasoned Ms. Flounders, considering the bigger picture.

“I would say the state sponsor of terror in the world today is the U.S. government and its secret agencies,” she argued. Ms. Flounders said such terror was seen in the destruction of Libya, Iraq and continuing wars in Syria, and the campaign to destabilize Venezuela and Cuba. “This is all terrorism, and the sanctions are the most grievous form of terrorism,” she added.

It remains to be seen the effect of the last-minute move or if U.S. Secretary of State Mike Pompeo will sign off on the proposal.

“We denounce a unilateral, absurd, hypocritical and unjust maneuver by the U.S. government to include Cuba on its list of state sponsors of terrorism,” said Mr. Díaz-Canel.

“That government welcomes terrorist groups that act against #Cuba,” he wrote referring to the anti-Havana Cuban community in Florida.

Cuba was first placed on the list in 1982 and removed in 2015, as part of normalization agreements with the former President Barack Obama administration. The new designation and heightened sanctions by the Trump administration represent reversals of Obama era efforts to thaw relations.

The penalties for being on the terrorism list include strict international sanctions and limits on U.S. foreign aid. The decision prohibits the sale or license for the export of defense articles and services to the blacklisted nations.

The designation brings automatic sanctions against Cuba’s government, and places it on a list that includes North Korea, Iran, and Syria as other U.S. designated nations. Cuban officials dismissed the measures as political citing the timing.

In May 2020, the U.S. State Department declared Cuba, Iran, North Korea, Syria and Venezuela, as non-cooperative with its anti-terrorist efforts.

Washington charges Cuba with harboring 10 members of the National Liberation Army, a Columbian rebel group accused of a January 2019 car bombing of a police academy that killed 21 and wounded dozens more in Colombia, a U.S. ally.

President-elect Joe Biden has said the U.S. needed a new Cuba policy and vowed to eliminate Mr. Trump’s travel restrictions and will allow financial remittances to flow from Cuban Americans in the U.S. to their families in Cuba.  Meanwhile, Democratic lawmakers condemned the proposed terrorist designation of Cuba as a last-minute effort to throw blocks in the way of Mr. Biden.

“It’s another stunt by this president with less than 23 days to go,” Rep. Gregory Meeks (D-NY), new chairman of the House Foreign Relations Committee, told the New York Times Dec. 26.

Other political analysts agree that the Trump administration is actively undermining the incoming administration. They say an overhaul of the state department is needed to roll back late game policy changes on Cuba and Iran, designed to frustrate the Biden administration.

“Biden is going to have to take very aggressive steps immediately to reverse this kind of stuff,” contends Bill Fletcher, Jr., former president of TransAfrica Forum and a senior scholar with the Institute for Policy Studies.  “They’re going to have to fire a lot of people and do a wholesale purge,” he said.

Havana has ratified on several occasions that Cuba has never been and will never be used to host terrorists of any origin, nor to organize, finance or perpetrate acts of terrorism against any country in the world, including the United States.

Besides Mr. Trump taking the opportunity to throw political debris in Mr. Bidens path, some say squeezing Cuba and Venezuela right to his last moments as president may also be payback for Latin American support of him.

Since 2016 Mr. Trump has been effective in appealing to Cuban and Venezuelan Americans, that influenced his Latin America policy. Many among the groups are anti-socialist and anti-communist. Cuban Americans carry heavy political clout in Florida and have been effective exercising right-wing agitation.

“These immigrates are very reactionary and very motivated to oppose any thawing of U.S. relations with the various states in Latin America,” explained Mr. Fletcher.  “So, they are encouraging various kinds of aggressions,” he said.