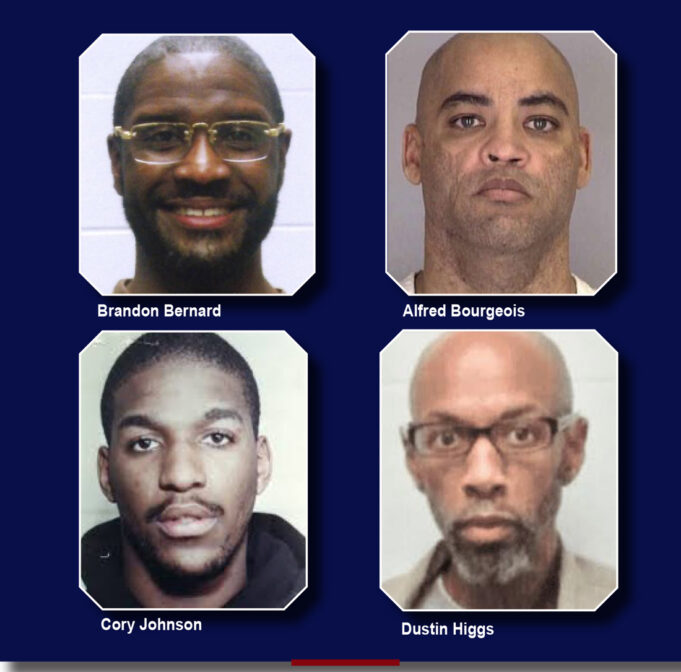 Donald J. Trump looks likely to cement his legacy as a vigilante president in his closing days in office. The president leaves a trail of federal executions in his wake and the last two people on the list could die days before he exits 1600 Pennsylvania Avenue in Washington, D.C.

Activists and anti-death penalty advocates say a dozen people have paid the ultimate price with others lined up, waiting to be led to federal death chambers as the Republican leader departs the official residence with the Jan. 20 swearing-in of President-elect Joe Biden.

Under President Trump’s direction, Attorney General William Barr restarted the federal death penalty in July. For the first time in U.S. history, the federal government will have in one year executed more American civilians than all the states

Over the last 30 years, death sentences and executions have declined steeply.

In 2019, according to the Death Penalty Information Center, 34 people were given death sentences, and 22 people were executed.

In 2000 a study conducted by the Department of Justice found wide disparities in its handling of capital charging decision making. The report said between 1995 and 2000, minority defendants were involved in 80 percent of the cases referred by federal prosecutors for appraisal as capital prosecutions. Defendants of color represented 72 percent of the cases approved for prosecution.

Black and Brown people are over-represented on the current literal hit list.  Members of racial minorities make up 52 percent of inmates awaiting execution at the federal prison in Terre Haute, Ind. The number is only slightly lower than the 55 percent of non-Whites on state death rows.

In an article published recently in The Final Call, guest columnist Aaron Greene called the Trump sanctioned executions “Modern Lynching By Law,” writing, “This would be the first time a president has carried out executions during a lame-duck session since the Cleveland administration in 1890. Trump is the first president in 17 years to reinstate federal executions.”

The Justice Department study also found that race is not the only source of mischievousness in the federal system. Where you live plays a critical role. Federal death verdicts are concentrated in states that were part of the Confederacy of the civil war. Texas, Missouri, and Virginia hold 40 percent of those on death row.

According to the nonprofit Death Penalty Information Center, these numbers are all the more horrific because the federal government executed only three people between 1970-2020. Of the remaining three executions, two are Black men and one is a White woman.

Mr. Trump has been labeled the “vigilante president” by some for his claim to law and order, his propensity for threats, and his pacification of violent right-wing racist organizations. The New Republic wrote, “The rise of violence in a flawed democracy, especially one headed by a would-be autocrat with no inherent respect for limits on his exercise of power, is a sign that the core function of any polity—its ability to monopolize the use of force and maintain the trust of its citizens as an effective, legitimate, and just arbiter—is being lost. Politicians who cynically promote vigilante violence sap collective governance’s strength to advance their short-term political gain. States that follow this path don’t easily come back.”

Vigilante violence, unfortunately, isn’t new. In the introduction to “American Violence: A Documentary History,” Richard Hofstadter wrote, “What is most exceptional about the Americans is not the voluminous record of their violence, but their extraordinary ability, in the face of that record, to persuade themselves that they are among the best-behaved and best-regulated of peoples.”

This historical violence, Mr. Hofstadter noted, was not about defending the government from a threat.

“It was violence by and for the establishment and its preservation, unleashed at different times against abolitionists, Catholics, radicals, workers and labor organizers, Negroes, Orientals, and other ethnic or racial or ideological minorities, and has been used ostensibly to protect the American, the Southern, the white Protestant, or simply the established middle-class way of life and morals. Indeed, much as with the lynching that emerged after the Civil War, vigilantism has often been associated with protecting white American power,” he noted.

This hypocrisy and demonstration of White power and vigilantism were on full display as President Trump pardoned four White men who worked as contractors for Blackwater, a private military company in Iraq. They were convicted of murdering of 14 civilian Iraqi men, women and children in a heinous massacre committed in 2007.

Aaron Greene of the Black Alliance for Peace argued the death penalty as applied  to Black folk is an extension of the “lynching tree.”

“It centers on the point of the lynching tree itself, which intimidates a silent Black resistance. I believe it’s an unjust mechanism that doesn’t even benefit our society. It just strips away life. I think it’s one of the most inhumane things that someone can do, especially when you’re looking at America and its history. I think our society should be resistant to a system that is so biased,” he pointed out.

Regarding the two Black men set to die, Mr. Greene said all out efforts are underway to stay their executions. “Dustin Higgs, his family, and friends have a website, SaveDustinjHiggs.com. They are doing a lot of work right now. They are looking for organizers in D.C. They’re mobilizing efforts across the country with the help of the Action Network and petitions with Change.org. The major issue in his case is he did not kill anyone. The actual shooter received a life sentence.”

As for Corey Johnson, who is scheduled to die on the Martin Luther King holiday, organizing is underway on his behalf. “Attorneys are appealing to the courts asking for some form of relief. His attorneys are appealing to the Trump administration for some form of mercy,” Mr. Greene said. Mr. Johnson has an intellectual disability, which was never taken into consideration during his trial, he added.

According to news reports, both Mr. Johnson and Mr. Higgs were recently diagnosed with the Covid-19 virus. Mr. Johnson’s attorneys Donald Salzman and Ronald Tabak said his infection would make it difficult to interact with him in the critical days leading up to his scheduled execution. “The widespread outbreak on the federal death row only confirms the reckless disregard for the lives and safety of staff, prisoners, and attorneys alike,” reported the Virginian-Pilot newspaper.

Mr. Greene said there is much to be discussed inside the current movement for social justice. “The lives of people in prison matters the same as those outside of prison and we should be fighting the same battle that we’re fighting out here for those incarcerated,” he continued.

Pam  Africa of Concerned Family and Friends of Mumia Abu-Jamal has put forth a herculean effort to keep the noted journalist and social activist from being put to death. The death penalty was inhuman, she said. “Killing is wrong across the board,” she added.

Ms. Africa told The Final Call alternatives to the death penalty must be found, and murder is never justified. Her criticism of President Trump was swift and decisive. She likened him to a mass murderer. “Look at all of the thousands of covid deaths he could have prevented with a sane policy,” she said. “His foreign policy behavior, especially as it concerns Russia, could border on treason. In a parallel universe where the death penalty was a viable option, Trump should be at the head of the line.”

Human rights activist and attorney Jaribu Hill, executive director and founder of the 24-year-old Mississippi Workers Center, voiced her concern on many levels. She started with what she called the lack of support the abolitionist movement has received from mainstream civil rights organizations and the Congressional Black Caucus.

“We do not see the kind of outrage that we should be seeing,” she lamented. “We reached out to the leadership of some of these organizations up to the highest levels of these organizations that claim that they’re representing us. We’ve texted we sent information. We asked them to intercede and intervene to put their mailing list, and list serves to work, trying to stop these executions and nothing. Silence has been the order and the practice of these folks, silence complete and total silence.

“Donald J. Trump is a vindictive, spiteful, monstrous kind of man. I think this is part of his attempt to gain some warped, distorted notoriety. His bloodstained legacy will be killing people through the killing machine. He is a sociopath of great proportions. He has no empathy. He has no conscience. He goes out and puts people into harm’s way from covid to the death chamber. He has no regard for any life except his own, not even for his own family. Look at how his wife and his son got covid because of his behavior, his conduct. He spread it to his family members and all he can think about now is killing as many people as he can.” she said.

Attorney Hill also pointed to the lack of support from the international community. “Those of us who consider ourselves to be human rights defenders are sounding the alarm and trying to let the public know about the killing machine and the killing spree that Trump has initiated,” she said.

“We’re watching the non-responsiveness of the international human rights community. If you look at over decades, how anti-death penalty work was lifted to a real prominent place where we would have vigils and where we even were able to stop some of the executions, it’s not present today.”

Attorney Hill also pointed out President Trump’s duplicity. “People pled guilty to lying to the government, committed felonies. They are now forgiven. So we see it over and over again. There’s a pardon; there’s a relief for everyone, except those who’ve never had a chance in the system, to begin with.”

“We see despots escaping any punishment at all. Even when they murder people, when they waterboard people, when they torture people, they get away. But here you have folks who had no chance, to begin with, being executed in droves. His record is abominable, unprecedented. And he shows no signs of having any mercy,” Atty. Hill concluded.