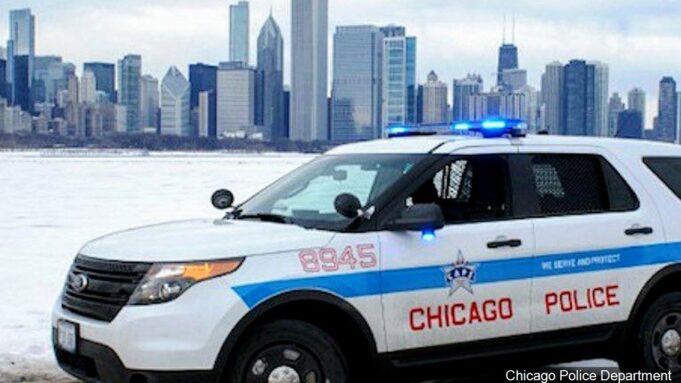 CHICAGO—A woman who says she was yanked by her hair from a car by Chicago police during a shopping mall encounter has filed a federal lawsuit against the city.

Mia Wright, 25, and four family members claim their civil rights were violated and asserts the May confrontation  left her blind in one eye from flying glass caused by police breaking the windows of the car to get to its passengers.

“During this attack, Mia Wright could not breathe and was in paralyzing fear as her face and neck were smashed against the concrete ground,” says the lawsuit filed in U.S. District Court in Chicago.

The incident occurred during unrest in Chicago and around the nation following the Minneapolis police killing of George Floyd. Police said they were responding to reports of looting at the mall when they came across a car containing Ms. Wright and others.

Officers said they suspected the people in the car were there to “disturb the peace.” But Ms. Wright has said she and others in the vehicle were at the mall to shop for a birthday party and did not realize it had been closed because of the unrest.

The lawsuit says video shows two Chicago police officers huddling and talking before walking to Ms. Wright’s car and pulling her out of the car while other officers hurled profanities at her. One officer pressed his knee into Ms. Wright’s back as she lay prone on the ground.

Two officers have been relieved of their duties while the Civilian Office of Police Accountability investigates the case.

Chicago’s Law Department said Dec. 23 it hasn’t been served with a copy of the lawsuit and couldn’t comment. The Chicago Police Department also declined to comment. (AP)