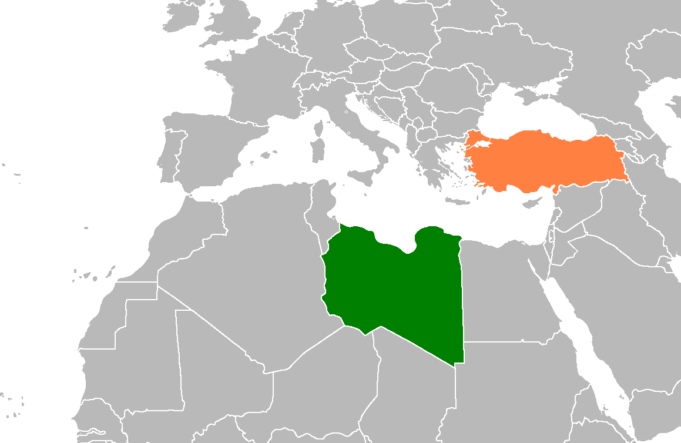 Libya’s strongman Khalifa Haftar has threatened to target Turkish forces, who have been deployed to Libya to support the UN-recognized government in the face of foreign actors like France, Saudi Arabia and Egypt.

Mr. Haftar described Turkey as “the colonizing enemy” who has to “leave peacefully or to be driven out by force.” The Turkish parliament recently ratified a motion to extend troop deployment in the African country for 18 months.

The motion said there were “threats from Libya to Turkey and the entire region, and if attacks resume again, Turkey’s interests in the Mediterranean basin and North Africa will be adversely affected.”

Mr. Haftar, however, said there would be “no security or peace as long as the boots of the Turkish military are desecrating our immaculate soil.”

“We will carry weapons to bring about peace with our own hands and our free will,” he added.

Libya first plunged into chaos in 2011, when a NATO intervention amid a popular uprising led to the ouster of long-time leader Muammar Gadhafi but plunged the country into a turf war between rival groups supported by foreign countries.

Two rival seats of power have emerged in the oil-rich country since 2014, namely the UN-recognized government based in the capital, Tripoli, and another camp based in the eastern city of Tobruk, backed militarily by rebel forces led by Haftar.

The rebels launched a deadly offensive to capture Tripoli in April last year, but have so far failed to advance past the city’s outskirts.

Libya’s rival sides reached an agreement in October, to enforce ceasefire in all areas in the nation, but the conflict has escalated into a regional proxy war fueled by foreign powers pouring weapons and mercenaries into the country.

The rebels are being supported by the United Arab Emirates (UAE), Egypt, Saudi Arabia and Jordan and while Turkey supports the internationally recognized government.

This has sparked tensions between Turkey and the European Union (EU), which accused Ankara of violating the ceasefire in Libya. Ankara says the EU has turned a blind eye to arms shipments sent to Haftar forces.

In November , the bloc urged all warring sides and their foreign supporters to refrain from taking any uncoordinated measures that would risk undermining UN-led efforts aimed at finding a political solution to the Libyan conflict.

The UN Support Mission in Libya (UNSMIL) called on Libyans on Dec. 25 “to consolidate their efforts and take courageous steps toward national reconciliation.” (PressTV.com)