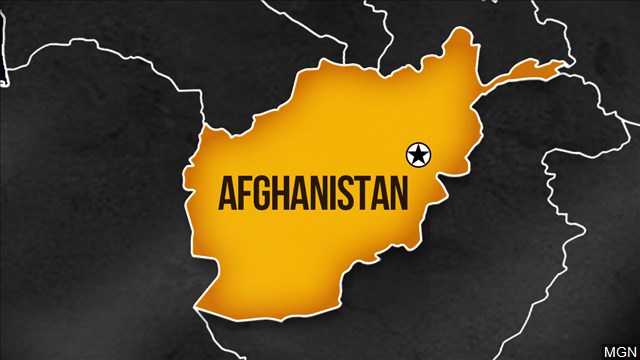 The Americans, said the head of one provincial government, ‘step on all the rules of war, human rights, all the things they said they’d bring to Afghanistan,’ and are ‘conducting themselves as terrorists.’

An extraordinary investigation by Australian journalist Andrew Quilty published Dec. 18 by The Intercept reveals U.S.-backed Afghan government paramilitary death squads have been waging a campaign of terror targeting civilians—including children—in Wardak province as part of the American military occupation of the nation that began nearly two decades ago.

In one December 2018 attack in Omar Khail, Wardak province, men in camouflage—some of them speaking English—took part in a nighttime madrassa raid. Afghan soldiers roused the sleeping boys, ages 9 to 18, before choosing the oldest-looking ones and taking them away. Twelve-year-old student “Bilal”—The Intercept changed his name for his protection—heard gunshots, explosions, and screams. The following morning, when he looked in the school’s other rooms and, in the basement, he found the bullet-ridden bodies of 12 of his classmates.

The perpetrators of the killings are believed to belong to an elite, CIA-trained paramilitary force known as Unit 01 which—in concert with U.S. Special Forces and U.S.-led airstrikes—“unleashed a campaign of terror against civilians,” according to Mr. Quilty. Unit 01 is nominally under the control of Afghanistan’s intelligence service, the National Directorate of Security (NDS).

The Omar Khail massacre was but one of at least 10 previously undocumented night raids in Wardak province that, starting December 2018 and continuing for at least a year, killed at least 51 civilians, mostly men and boys—some as young as eight years old. According to The Intercept, few of the victims were members of, or connected to, the Taliban.

Residents of four Wardak districts—Nerkh, Chak, Sayedabad, and Daymirdad—described similar massacres, as well as summary executions, mutilations, kidnappings and forced disappearances, attacks on religious and medical facilities, and airstrikes on civilians. Children were often the unfortunate—but sometimes deliberate—victims of these attacks.

“The prevalence of boys among those killed in Wardak indicates that Unit 01 was trying to eliminate not only existing enemies, but potential future foes as well,” writes Mr. Quilty.

Such barbarism has incensed local leaders. The Americans, said Wardak provincial council head Akhtar Mohammad Tahiri, “step on all the rules of war, human rights, all the things they said they’d bring to Afghanistan” and are “conducting themselves as terrorists.”

“They show terror and violence and think they’ll bring control this way,” he added.

Mr. Quilty reports that not only do CIA advisers train Afghan death squad members, they also choose their targets, which they refer to as “jackpots.” American aircraft transport the Afghans to and from attacks, and U.S. warplanes are on standby to launch airstrikes, sometimes targeting homes, health clinics, and religious buildings.

“I don’t know whether they’re special forces or a task force or CIA,” said one NDS counterterrorism officer from Wardak who participated in Unit 01 raids until late 2018, but “Americans are always with them.”

Mr. Quilty appeared on Democracy Now! the morning of Dec. 18 to discuss his reporting:

Quilty writes that “the level of CIA involvement in Afghanistan since the war on terror began has few precedents.” He continues: “In 2013 more than $2.5 billion—nearly 5 percent of the entire U.S. intelligence budget—was allocated for covert action, the category under which the agency’s Afghan strike force unit program falls, according to documents leaked by National Security Agency whistleblower Edward Snowden.”

“From establishing the strike force units to selecting their targets, overseeing their missions, and using special operations forces borrowed from the Pentagon to coordinate air support, the network of CIA-run militias in Afghanistan is perhaps the most dramatic manifestation, apart from America’s well-documented drone program, of the secret war the U.S. intelligence agency is waging around the globe.”

Mr. Quilty also says that as U.S. forces draw down from Afghanistan, “the unaccountable militias it has nurtured are beginning to look like a valuable proxy for regular military forces under the leadership of [President-elect] Joe Biden, who as vice president advocated a lighter military footprint and greater focus on counterterrorism in Afghanistan.”

He writes: “Biden was credited in 2010 with convincing President Barack Obama to adopt a more aggressive approach in Afghanistan, doubling down on drones, intelligence operatives, and small teams of door-kicking special forces in place of the “hearts and minds” counterinsurgency approach implemented by Gen. Stanley McChrystal and continued under his successor Gen. David Petraeus.”

The U.S. has often tried—and failed—to achieve victory in its wars and proxy conflicts using local death squads. As Mr. Quilty notes: “The CIA has a long history of training, arming, and funding indigenous militia networks. Since its birth in 1947, the agency has supported anti-communist outfits in Greece, Cuba, Vietnam, Laos, and Central America, as well as the Afghan mujahedeen in the 1980s.”

The Trump administration has now turned once again to this bloody playbook. According to Quilty: “In October 2017, [Mike] Pompeo, then director of the CIA, indicated that the agency … would pursue a more hawkish posture. The CIA, he said, “must be aggressive, vicious, unforgiving, relentless.” Pompeo did not specify where the new stance would take effect or with whom, instead referring generically to “partner services throughout the world.” Soon after, the CIA reportedly expanded its activities in Afghanistan, working closely with [the] NDS and American special operation forces to hunt targets previously considered below their pay grade.

While many atrocities befell Afghan civilians during the administrations of former Presidents George W. Bush and Barack Obama, it is no coincidence that the horrors of Unit 101 happened under the administration of President Donald Trump, who has fulfilled his criminal campaign promise to “bomb the shit out of” Islamist militants and “take out their families,” and who has loosened military rules of engagement meant to protect civilians.

And while Mr. Trump has drawn praise for coming closer to ending the war in Afghanistan—now in its 20th year—than Bush or Obama, his drawdown has come at a cost; in this case, reliance upon the CIA and local proxies often plagued by human rights violations.

However, Mr. Quilty notes that instead of quashing the Taliban insurgency, human rights violations committed by U.S.-backed forces are a recruitment boon for militants.

“The more they terrorize, the more our numbers increase,” Taliban spokesperson Zabihullah Mujahid told The Intercept. “Such attacks will have no adverse effect on morale of our mujahideen. On the contrary, they have a positive effect.”