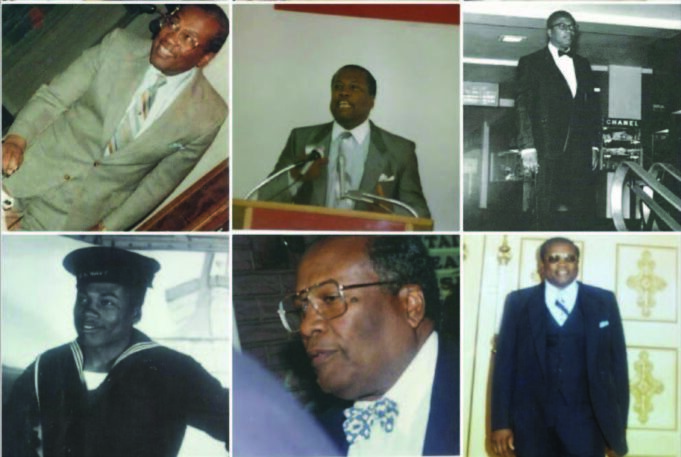 A janazah prayer, Muslim funeral service, was recently held for Minister Abdul Allah Muhammad, once known as John Shabazz, a legendary figure in the Nation of Islam and the rise of Islam in North America.

Family, Believers, and friends gathered Dec. 21 at Murray Brothers Cascade Chapel in Atlanta to remember his life and contribution.

Scores of others across America viewed the service virtually on social media.

The Honorable Minister Louis Farrakhan of the Nation of Islam delivered remarks during a call-in from Chicago. “To the family, you are of a lineage of tremendous proportion,” said Minister Farrakhan. “You came from a great line that goes all the way back to Allah himself and when you are the seed of Abdul Allah Muhammad. You are the seed of one chosen by Allah to reflect His wisdom to all that will come in the sphere of his presence.”

On behalf of his wife, Mother Khadijah, family and entire Nation of Islam, Minister Farrakhan offered “honor and praise” to Allah (God) to the family of Abdul Allah Muhammad for his contributions and their 60-year-old friendship.

At the funeral, the Muslim minister and regional representative under the Most Honorable Elijah Muhammad was remembered for his commitment, his intellect, his pursuit of knowledge, his wit, infectious laugh and reputation as a “human encyclopedia” due to his photographic memory and respect for learning and research.

Those who spoke likened him to the servants of God of old lifted up in scripture and the companions and disciples of those who brought and taught divine truth in the world.

From the opening prayer to the inspiring remarks from Minister Farrakhan, the service represented the high dignity of Islam, which is what Abdul Allah Muhammad dedicated a lifetime to.

“My dad was one of the greatest men who ever walked this earth,” said Brinca Muhammad, of her father. “To be called the greatest … one has to first be chosen by Allah to become the greatest.”

Brinca Muhammad sharing the “love of a daughter,” lauded her father as one who did what was required to be the greatest. “One must accept the call to become the greatest, willing to put the work in … and willing to share that greatness with others,” she pointed out.

She described a man who discovered his purpose for living and found his place in the Nation of Islam where he “exploded” in that purpose under the direct guidance of the Hon. Elijah Muhammad.

“The Nation of Islam gave my father the  platform to speak his truth, share his gift and embrace his calling and plant his seed to reveal his greatness,” she said.

“The only way anyone in this room can get to greatness, you must follow the path of Abdul Allah Muhammad, a perfect servant of Allah and the Nation of Islam,” said  Brinca Muhammad.

Moving words of gratitude were extended from Min. Abdul Allah Muhammad’s daughter Sandy Muhammad. She thanked the Believers and those who showed kindness to her family and love and care for her father.

He was a multi-talented individual considering his accomplishments and achievements. He graduated high school at age 15, attending Howard University on full academic scholarship at age 16. In his years of service to the Nation of Islam, he served as a minister in major cities, including Los Angeles, Atlanta, New York, and Chicago. He also served as a regional minister and educator.

In 1957 he accepted the teachings of the Honorable Elijah Muhammad in Los Angeles, coming into the Nation after hearing Minister Malcom X. By 1959, he was the minister of Muhammad Temple No. 27 in Los Angeles. Proving himself as an effective and trusted laborer, the Honorable Elijah Muhammad appointed him West Coast Regional Minister in 1960. A proficient teacher, he became popularly known as “Islam John” with one of the fastest growing temples in the Nation.

During his tenure in Los Angeles, the temple and the Nation underwent one of its major tests on April 27, 1962 when attacked by the Los Angeles police department. In the unprovoked assault, temple secretary Ronald T.X Stokes was brutally killed while his hands were raised, other Muslims were shot and some permanently injured. All of the men were unarmed as is Nation of Islam teaching, when nearly 100 police officers swooped on to the Muslims in the dark of the night with the intent on killing Believers and curtailing the rise of Islam. After shooting down six and killing one, the officer who pulled the trigger boasted he was trying to kill them all.

Abdul Allah Muhammad was the minister at the time and with the guidance of Elijah Muhammad led the mosque to weather that storm. The men were eventually exonerated. While he was minister in Los Angeles his teacher also gave him responsibility as national editor of Muhammad Speaks in 1960, the newspaper of the Nation of Islam. He was chosen because of his background and experience in journalism.