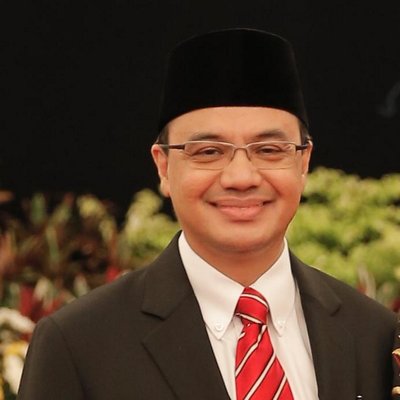 Indonesia has dismissed Israeli media allegations that the world’s most populous Muslim-majority country is seeking to establish diplomatic ties with the Tel Aviv regime, after Israel and Morocco agreed recently to normalize relations in a deal brokered by the United States.

Foreign Ministry spokesperson Teuku Faizasyah said in a statement on Dec. 15 that there was not any such possibility, and that the ministry has never been in contact with Israel.

“In exercising Indonesian foreign policy with regard to the Palestinian issue, the Foreign Ministry has consistently worked in accordance with the mandate of the Constitution,” Faizasyah said.

The remarks came after Israeli English-language daily newspaper The Jerusalem Post, citing an unnamed diplomatic source, reported on Sunday that Oman and Indonesia could be next in line to establish diplomatic relations with Israel in the coming weeks.

The diplomatic source further alleged that talks with the two countries had advanced, and normalization could be announced before U.S. President Donald Trump leaves office on January 20.

Indonesia has long been a staunch supporter of the Palestinian cause and statehood and has refused to communicate with Israel.

During his speech at the United Nations General Assembly on September 3, Indonesian President Joko Widodo reiterated his country’s unswerving support for Palestine.

He said at the time that Palestine is the sole participant of the 1955 Bandung Conference—a meeting on world peace attended by Asian and African nations—which has not attained independence yet.

The Indonesian Committee for Palestinian Solidarity (KISPA) said in October that Israel was an occupying entity and should not be trusted to bring peace to the region.

Muchtar added that normalization betrays the Palestinian cause and the Indonesian people firmly reject it as their Constitution opposes all forms of colonialism.

The Hidayatullah Islamic Organization also denounced normalization of relations with the Tel Aviv regime back then, saying it aims to justify Israeli violations of Palestinian rights.

Israel and Morocco agreed on Dec. 10 to normalize relations, making the North African country the fourth Arab state since August to strike a deal aimed at normalizing relations with Israel. The others were the United Arab Emirates, Bahrain and Sudan.

Trump later announced on Oct. 23 at the White House that Sudan and Israel had also agreed to normalize relations.

The normalization deals have drawn widespread condemnation from Palestinians, who seek an independent state in the occupied West Bank and Gaza Strip, with East Jerusalem al-Quds as its capital. They say the deals ignore their rights and do not serve the Palestinian cause. (PressTV.com)