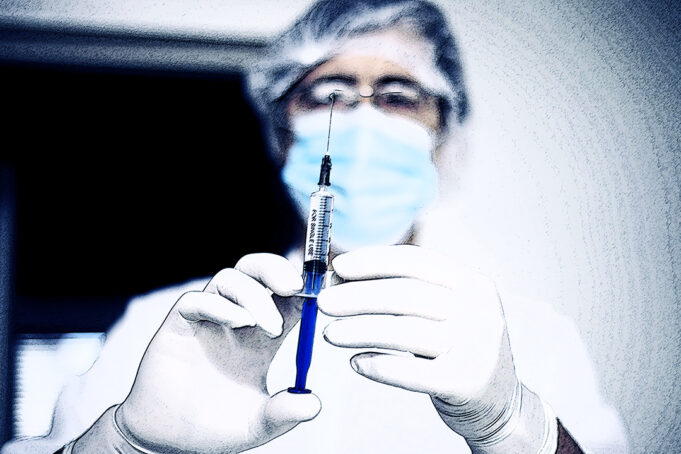 “So, how in the hell could you trust them with a vaccine after you know what they have done and that they are capable of doing again on a bigger and broader level?”

From 1957 to 1960 Equatorial Africa was the site of the world’s first mass trials of an oral polio vaccine. The architect of this inaugural mass vaccination campaign was a Polish Jew and naturalized American virologist Dr. Hilary Koprowski. He was the first to administer a live polio vaccine to human “guinea pigs” in 1951: mentally disabled children from a New York State facility and newborn babies of institutionalized New Jersey women.

Koprowski planned to debut a version of his polio vaccine in a mass trial with children of Belfast, Northern Ireland, but in 1956 Belfast authorities forbade the trials due to reports that the weakened virus within the vaccine was prone to revert to its neurovirulent form.

Koprowski proceeded to conduct his trials in the African colony of the Belgium Congo in 1957. Called by drums, rural Africans traveled to village assembly points. There they lined up and had a liquid vaccine squirted into their mouths. Over the next three years 350,000 people would be vaccinated. Two different vaccines were used: the liquid vaccine used on the Africans and a separate vaccine in capsule form given exclusively to the Europeans in the area, a “significant variation.”

We pretty much know the significance of the variation in the vaccines used for the Blacks and the Whites in Africa. Dr. Albert Sabin, fellow Polish Jew and developer of an (in)famous oral vaccine himself, reported in 1959 that a special test revealed that Koprowski’s vaccine used on the Africans contained an “‘unidentified’ cell-killing simian virus,” a virus which till today has never been identified but was exposed to more than a quarter of a million Africans in the Belgium Congo, Rwanda and Burundi.

What was this “stealth virus” hidden within the liquid vaccine which Koprowski reserved for the Africans of his trials as distinct from the Europeans? What kind of epidemic was it capable of producing and did it produce in the area?

There was no real medical or epidemiological follow-up to these trials. His vaccine was not approved for human use and was therefore discontinued. Thus, it was only administered to the inhabitants of the Belgium Congo, Rwanda and Burundi—as if they were not human.

In 1956, with the Cold War looming in the background, the U.S. State Department permitted Sabin to “assist” Russia, who began field testing Sabin’s polio vaccine on ten million children in 1959.

By the end of 1960, 75 million Russians and another 23 million East Europeans were inoculated with Sabin’s vaccine. When it was discovered that the Sabin vaccine was harboring a cancer-causing virus, elements within the U.S. medical and vaccine establishment laughed and joked, “gee, we could win the Olympics because the Russians would all be loaded down with tumors” as a result of being inoculated with the U.S./Sabin vaccine.

At around the same time in America, the inactivated polio vaccine (where the polio virus is “killed” or inactivated with the addition of formaldehyde) developed by microbiologist Dr. Jonas Salk (an Ashkenazi Jew from New York) and the live-virus oral vaccine of Sabin was mass trialed in the U.S. in 1954 and 1958, respectively. The result? The polio vaccine unleashed “one of the worst biological disasters in American history,” and the medical establishment in America—starting with the National Institutes of Health (NIH)—knowingly let it happen. It was one of their own, Dr. Bernice E. Eddy, who blew two critically important whistles—one in 1954 and the other in 1960—both of which were ignored by her superiors. Eddy, a vaccine safety tester for the NIH, discovered in 1954 that some of the Salk vaccine contained live infectious virus rather than inactivated or killed virus. She discovered this after the vaccine paralyzed test monkeys. Eddy reported her data to NIH director William Sebrell and urged a delay in the licensing of the polio vaccine. Eddy was reprimanded as an alarmist and dismissed. In April 1955, 200,000 mostly school children in the U.S. were inoculated with that problematic Salk vaccine. Parades in honor of Jonas Salk, the man who was going to save America from the dreaded disease that put American children in iron lungs, occurred. However, within weeks, reports of mysterious polio infections started coming in. Within a month 40,000 came down with polio as a result of the vaccinations, 200 were paralyzed and 11 died.

This all occurred while the NIH had the prior knowledge that the vaccine was dangerous and yet released it to the public anyway. Doctors and scientists on the staff of the National Institutes of Health during the 1950s were well aware that the Salk vaccine was causing polio. Some of them refused to vaccinate their own children. The Salk vaccine was pulled and then replaced by the Sabin oral vaccine.

But the Sabin “sugar-cube” vaccine, according to Paul A. Offit, director of the Vaccine Education Center at Children’s Hospital of Philadelphia, was even more dangerous than the Salk vaccine that it replaced, as the “weakened” virus can be re-activated by passage through the gut. In 1976 Salk told The Washington Post(September 24, 1976) that it was the vaccine of his bitter rival Sabin which was “the principle if not the sole cause” of every reported polio case in the U.S. since 1961. He told CBC television, “We have known now since 1961 in the United States, and prior to that in other countries, that the live virus vaccine for polio does cause the disease itself.” In 1992, the Center for Disease Control (CDC) published an admission that the live-virus (Sabin) vaccine had become the dominant cause of polio in the United States. According to the CDC, every case of polio in the U.S. since 1979 was caused by the oral polio vaccine. Polio cases in the U.S. doubled after the mass inoculations with a polio vaccine. In other words, “the vaccine designed to protect against the disease had instead given polio” to the public, and this is why the incidence of polio doubled in the U.S. after the introduction of the polio vaccine, and both the Salk (inactivated) and the Sabin (live/oral) vaccines are guilty.

But this is not the extent of the “biological disaster” that was/is the polio vaccine. Dr. Bernice Eddy, again, from her position in Biologics at the NIH, discovered in 1959 that the polio vaccine being administered throughout the world contained not only live polio virus, but also an infectious cancer-causing agent that when injected caused hamsters to develop tumors. Today we know that that agent is SV40 (simian virus No. 40), a cancer-causing monkey virus. SV40 has been found in human bone cancers, brain cancers and lung cancers, such as mesothelioma. With both the Salk injections and the Sabin sugar cubes SV40 was delivered straight into people’s bloodstream.

Again, Eddy alerted her superiors and urged the halting of vaccine production because there’s a cancer-causing virus in it! Eddy was again dismissed, demoted, and her lab was eventually taken from her. What she found in 1959 was even more terrifying—and biologically consequential—than what she discovered in 1954, and the NIH tried to keep her discovery quiet again. They never recalled the existing stocks of the contaminated vaccines and for two more years millions of additional people were unnecessarilyexposed to a cancerous virus in the already dangerous polio vaccine.

Under the American regime of “Medical Apartheid” Black “superbodies” were and still are the choice experimental specimens for ambitious White doctors. It was no different here. Black people were targeted for inhumane experiments with this contaminated polio vaccine. Between 1960 and 1962, nearly 1,100 infants at the Cleveland Metropolitan General Hospital in Ohio were experimentally exposed to increasingly large amounts of polio virus within the Sabin vaccine while the researchers noted who got infected by the virus and from what dosage. “The majority were Negroes from the lower socioeconomic group,” the researchers admit. Within three days of their birth these Black babies were vaccinated with doses ranging up to 100 times the dosage recommended for adults. On top of that, the experimental vaccines contained high titers of the cancer-causing SV40. So, while these Black babies were still immunologically immature at 3 days old, they were experimentally exposed via vaccines to high levels of polio virus as well as high levels of SV40. “This is America.”

All in all, the vaccine was administered to some 98 million Americans from 1955 to 1963—60 percent of the U.S. population at the time, among whom 10-30 million could have received an SV40-contaminated injection or oral vaccine. As a consequence, a 1998 data analysis found a 17 percent increase in bone cancer, 20 percent increase in brain cancer, and 178 percent increase in mesothelioma among people who were exposed to SV40-tained polio vaccines.

• The example of Hilary Koprowski and the Belgium Congo trials show that when Whites make a vaccine available to Black and to White people, the same vaccine can have very different contents depending on whether the recipients are Black or are White. The “Black vaccine” could be a trojan horse for a “stealth virus.”

• In experimental studies Black babies were deliberately exposed to and infected by the polio virus via vaccines which were also contaminated with the cancer-causing SV40.

• Thanks to a whistleblower the NIH had knowledge that the polio vaccine which they were distributing across the country contained both live, infectious polio virus as well as the cancer-causing SV40 virus, yet the NIH kept these dark facts secret and eventually, wittingly exposed around 98 million Americans to these potentially dirty vaccines, spawning an increase in polio and a spectrum of cancers among the vaccinated population. Rather than protect the wellbeing of the American people from their dirty vaccine, the NIH penalized their own scientist who pointed the dangers out to them. In other words, the NIH is complicit in pushing dirty vaccines onto the American people. And for four decades, the NIH and the National Cancer Institute have, through scientifically flawed studies and open denial, downplayed the potential risk posed by this vaccine.

Wesley Muhammad holds a Ph.D. in Islamic Studies and is a student minister in the Nation of Islam. He is also a sought after speaker, author, member of the NOI Research Team and the Nation of Islam Executive Council. Follow him on Instagram @wesleymuhammad. This is part one in a series of articles.