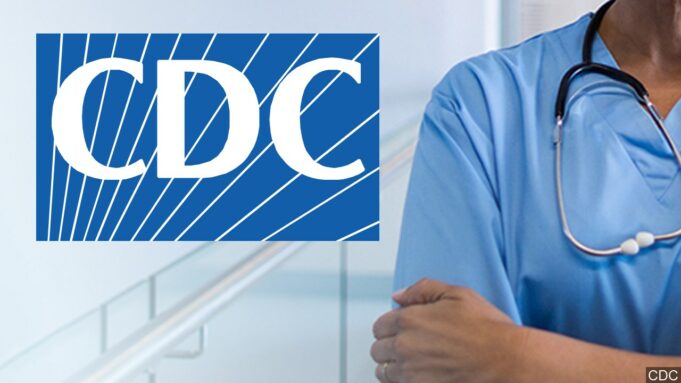 This is the second in a series of articles.

“I’m about to ask the government: relieve our brothers and sisters in Cuba of the burden—the unjust burden—of your embargo. Remember the syphilis experiment? Remember what they did to the Native Americans with smallpox? Remember the vaccine that they gave us for polio that was cancer itself? So how in the hell could you trust them with a vaccine when you know what they have done? It is government policy to reduce the population by 2 to 3 billion people!”

The man who delivered “The Criterion” to the world on July 4 has been among us for a long time.  If we accept him as God’s Chosen to be a Conduit for Divine Guidance and Instructions to us and to humanity in the Hour of Judgment, then we can be part of the New Reality.   We must examine our perception of reality that we may make it line up with Allah, Who is the Only Reality.  This needs to be stated because there is a war being fought over us.

Who we choose to take guidance from will mean life or death for us in the immediate present. When a message of such magnitude is given, it is incumbent upon all of us to study the content.   Any references the deliverer of the message makes are significant due to the limits of space and time. So the directive from the National Representative of the Honorable Elijah Muhammad, “do not take their vaccine,” cannot be overemphasized.

During the time the polio vaccine was being distributed throughout America, The Honorable Elijah Muhammad warned his followers:  Do not take the polio vaccine. In order to fully comprehend the weight of this instruction on the followers and the certainty of its rightness in the mind of the man who gave it, we have to look at the climate in which it was given.

We need an awareness of the eerie similarity between the impact of poliomyelitis in the first part of the 20th century and the impact of Covid-19 during the first half of the 21st century.   In both cases there is the development of a “miracle” vaccine (the polio vaccine took much longer).  In both cases there is widespread support for and belief in the vaccine; but a counter command comes from the Servant of God.

Polio was one of the most feared diseases in this country in the 1940s and 1950s.  It was a highly contagious disease with flu-like symptoms for most.  But for some victims, it affected the brain and spinal cord.  One out of 200 of those patients were paralyzed; Two of 10 of the paralyzed died.  It was transmitted via feces and also through airborne droplets from person to person.   It took 6 to 20 days to incubate and remained contagious for 14 days after.

Parents were afraid to let children outdoors in the summer when the virus seemed to peak.  Travel and commerce between affected cities were sometimes restricted as well as the movement of “asymptomatic” people restricted in areas where cases had been diagnosed.   After World War II, neighborhoods were sprayed with the highly toxic pesticide DDT in efforts to banish the disease.   But the number of cases continued to grow.

In the 1950s, an inactivated vaccine was made by Jonas Salk using rhesus monkeys that were contaminated with SV40, a powerful carcinogen.  The polio vaccine was administered to hundreds of millions of people around the globe between 1955-1963. In 1959, Bernice Eddy, a researcher at the National Institute of Health, confirmed a direct link between SV40 and cancerous tumors.

The United States government continued to administer this poison, vaccinating 100 million American children through early 1963.  The public was not informed.  People were overjoyed, celebrating the eradication of the dreaded disease.  The truth was not made known until 1992, when a pediatric oncologist found DNA sequences of SV40 in lab slides of tumors from children killed by a rare brain cancer. His findings were published in the New England Journal of Medicine.

Those who followed the Honorable Elijah Muhammad’s instructions were spared the brain and bone tumors, mesotheliomas, lymphomas and sarcomas that developed in human beings from the virulent pathogen SV40.  What will we spared if we follow Minister Farrakhan’s instructions?

In the aftermath of Minister Farrakhan’s warning against a covenant with death, it was appalling to learn that on Tuesday, December 8, Dr. Anthony Fauci sat with Dr. Wayne Frederick, president of Howard University and Ambrose Lane, Jr., on behalf of the Black Coalition Against Covid-19 along with others, to discuss the virus and the vaccine.  What Mr. Fauci actually did was teach Black professionals how to persuade our people to act in opposition to a command from Allah (God) through Minister Farrakhan that we must refuse the Covid-19 vaccine.

It is a matter of record that vaccines have been more effective at injuring and killing people than eradicating disease.  In The Time and What Must Be Done, the Minister reported an article in the London Times (5/11/87) entitled, “Smallpox vaccine ‘triggered AIDS virus’” by the Science Editor.  It reported the “greatest spread of HIV infection coincides with the most intense immunization programs.”

The Honorable Minister Louis Farrakhan did not issue a prohibition against the Covid-19 vaccine in a vacuum. He simultaneously called for a lifting of the embargo on Cuba.    There are a multitude of safe and effective treatments and therapies for the Covid-19.  Cuba has had overwhelming success dealing with the virus.    There are medical and health professionals in this country who are employing successful approaches to the virus.

We will not allow the United States Government to hold us hostage any longer.  It is a violation of our God-given right to Freedom, Justice and Equality to impede our access to what we consider the safe and effective approach to protecting ourselves mentally and physically.  We reject this mRNA gene-altering vaccine along with any other vaccine this government is rushing to market.    We will not be denied the freedom to travel to Cuba and anywhere else for whatever reason we choose.

The scale of the institution of slavery has been reduced to a petty crime committed by a few white Southern plantation owners, when in fact, Black sweat and blood raised the United States from a third-rate colonial economy to the most biggest industrial and military power in the world.   Black youth, the children of stolen Black African people, grew the cotton that would clothe the world and fuel global industrialization.  We were reduced to property, bid on and sold at auctions.  We planted and picked thousands and thousands of pounds of cotton.  America’s largest financial asset was our Black bodies. There is no North-South Good-Evil distinction.  At the time of your Declaration of Independence, slavery was legal in each and every one of the newly created states.

One of the Great Truths exposed by the coronavirus crisis is the fact that the United States of America, according to its own definition, is a federal corporation (28USC Sec.3002).   It is a political union of 50 states that the Honorable Minister Louis Farrakhan declared to be “unraveling” two weeks before the virus forced it on lockdown; before the public even knew of it.

Each state is a sovereign government with its own flag, its own constitution its own laws governing health, education and welfare, with the power to collect taxes and enforce its laws on persons who live or travel in it.

There is no reason we should not have a state or territory of our own.

During the course of this crisis, there has been conflict between and among the states and the federal government,   The Governor of New York told the President,  “You did not create us (states), we created you (federal government.”  The Governor of California referred to it as a “nation-state.”  Whether or not a vaccine is offered or mandated is under the jurisdiction of each state. This is why the responses to Covid-19 have been so different.

We, the 40-60 million descendants of slaves, as well as the Native Americans, are a nation within a nation.  The Black, Red and Brown people have a divine right to this land. The Nation of Islam has a flag and a constitution.  It is time to allocate to us some of that land that we developed and died on.  The Honorable Elijah Muhammad declared that separation is the best and only solution to the problem between us.  We demand a separate state or territory of our own.  Freedom is the power to make choices. We are free.  We will determine what is best for our health, education and welfare.

I close this series with the following words from the Honorable Minister Louis Farrakhan on October 15, 2018:

“We do not wish to be part of the system called the United States of America.  We want to be free to live values we hold dear.  The effects of the system are to corrupt the person who buys into it.  We do not wish to assign another generation of our people to this rotten system.  We do not desire to be integrated into that; we desire to be separated from that so that we can set ip what is harmonious with Creation.

The human being is infinite.  Anything that limits human development cannot be just.  I must be myself in order to justify being in the Universe.  Anyone who limits my development is my enemy.  The Laws which govern Creation operate on everyone equally.  Death is sweeter than living in a system that denies us a full and complete freedom.”