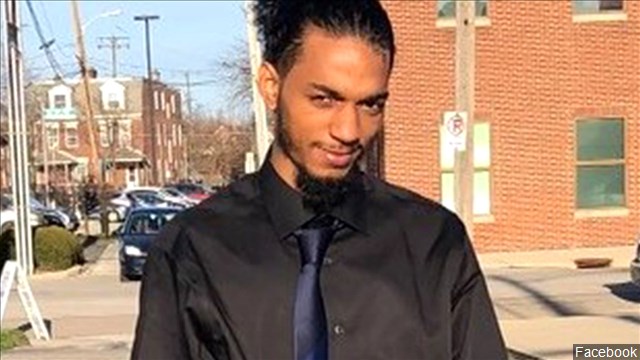 “Fatal police shootings are a public health emergency that contribute to poor health for BIPOC.” This was the conclusion to a recent report about racial inequity in fatal police shootings during the time span of 2015-2020. BIPOC is short for Black, Indigenous, and People of Color.

The report was done by researchers at Yale University and the University of Pennsylvania, and it found that over the past five years, while White deaths by police have declined by one percent, there has been no change in the rate of fatal police shootings for Black people, Indigenous people and people of color. In an analysis of 5,367 fatal police shootings, Native Americans were killed three times more than White people, Blacks were killed 2.6 times more and Hispanics 1.3 times more, noted the October report.

The list of fatal police encounters in 2020 continued to grow with the deaths of three more young Black men as 2020 came to a close: Casey Goodson, Aiden Ellison and Rodney Applewhite.

Kiara Yakita, founder of the Black Liberation Movement of Central Ohio, was helping the mother of Julius Tate, who was killed by Columbus, Ohio, police in Dec. 2018, plan a demonstration when news of Casey Goodson hit.

“In the middle of this still grieving mother trying to plan a demonstration for her son that she never got justice for, it happens again. And so, the hurt, the grief, the anger and the helplessness, it just hit all at once because it’s like, we are literally still trying to get justice for these names, and now we’re adding another name to that list of ‘Say Your Name,’” Kiara Yakita said.

Mr. Goodson had a dental appointment the day he was killed. After the appointment, he stopped at Subway. Deputy Meade was working with a U.S. Marshal’s Service Fugitive Task Force to apprehend violent fugitives when Mr. Goodson drove past.  Law enforcement authorities said Mr. Goodson waved a gun at officers, which prompted the deputy to follow him home. Family confirmed that the young Black man was licensed to carry a concealed weapon. But Ms. Yakita questioned what happened between the time Mr. Goodson drove past the U.S. Marshals to the time he got home.

“Why would he calmly get out of his car with his sandwich, his airpods and his keys and walk up to his door like normal?” she asked.

Mr. Goodson did not have a criminal record. He graduated school and had a full-time job.

“People are trying to figure out what actually happened, because no one’s believing that a young Black man who has been aware of what’s going on with Black Lives Matter, George Floyd and all of that, what young Black man is going to drive by a bunch of sheriff’s deputies and wave a gun at them?” Ms. Yakita questioned.

She said the case is the wildest she has ever seen. “The case was already messed up  because it was a sheriff’s deputy, who also works as a U.S. marshal. And then, Casey was not who they were looking for. They were looking for dangerous, armed, violent fugitives who were an actual danger to society,” she said.

She said she doesn’t understand why Jason Meade started following Mr. Goodson home without pulling him over nor turning his sirens on.

“He followed him home, whether or not Casey was aware, and then let Casey get up to his door and shot into a house with no clue who was behind that door. And there were minors there,” she said.

She said the investigatory bodies have been playing a game of hot potato because Mr. Goodson’s death can’t be justified.  “The dangerous fugitives that required the U.S. marshals were safer than innocent, non-offender Casey. That fugitive is still alive, but Casey is not and Casey has never committed a crime in his life,” she said.

Initially, Columbus Police was the only body investigating the case. On Dec. 7, they attempted to hand it over to the Ohio Bureau of Criminal Investigation, but the agency would not take it because three days had passed. The next day, the Southern District of Ohio’s U.S. Attorney’s Office released a statement saying the office, “in coordination with the Civil Rights Division of the Department of Justice, the Cincinnati Division of the FBI and the Columbus Division of Police—will review the facts and circumstances surrounding the Dec. 4, 2020 shooting of Casey Goodson and take appropriate action if the evidence indicates any federal civil rights laws were violated.”

Meanwhile, a local Cleveland, Ohio news channel released a video two days before Mr. Goodson’s death showing a “tense traffic stop” between Ohio police and a White driver who threatened to shoot them. The officers pleaded with the driver to get out of the car. The encounter ended with the man taking off without injury. Ms. Yakita recalled another police encounter that happened during the summer. A White woman shot two sheriff’s deputies in the leg and was peacefully arrested without a scratch. The deputies were from the same department that killed Mr. Goodson.

Across the country in Ashland, Oregon, on Nov. 23, Aiden Ellison, 19, was shot and killed by Robert Keegan, a 47-year-old White man, over an argument about music.

According to a statement by the Ashland Police Department, both individuals were guests at the Stratford Inn. “The investigation indicates that Keegan and the victim, who did not know each other, were engaged in an argument in the parking lot when Keegan pulled a gun from his coat and fired a single shot, striking the victim in the chest,” the statement says.

Mr. Keegan claimed the 19-year-old punched him in the face and that he fired in self-defense, according to court records. But an Associated Press story says a police officer reported that Mr. Keegan had no visible injuries to his face and that an autopsy showed no injuries to Mr. Ellison’s hands that would have indicated he had hit Mr. Keegan.

Mr. Keegan was arrested on charges of second-degree murder, first-degree manslaughter, reckless endangering and unlawful possession of a weapon. Ashland Police Chief Tighe O’Meara said investigators did not find any evidence that would support bias crime charges against Mr. Keegan. On Dec. 3, the FBI started working with the Ashland Police Department to “assess whether there are any potential violations of federal laws.”

Aiden Ellison’s death is eerily similar to Jordan Davis’ death, a 17-year-old high school student who was also killed by a White man, Michael Dunn, on the same day eight years ago. Jordan Davis was at a gas station in Jacksonville, Fla., when Mr. Dunn pulled up beside him and complained about the music. An argument ensued, and Mr. Dunn fired 10 bullets at the teen. He was convicted of first-degree murder.

Mr. Davis’ mother, Lucy McBath, was later elected to Congress in Georgia and has worked on legislation related to gun laws.

In yet another part of the country, on Nov. 19, 25 year old Rodney Applewhite was shot and killed by police officers in Los Lunas, New Mexico. He was on his way to visit family in Arizona for Thanksgiving when police initiated a traffic stop. What followed was a high-speed chase. Police eventually stopped pursuing Mr. Applewhite, and he was later spotted in the middle of the road. The police released a lapel video and dash camera footage showing the encounter.

“When they find Rodney, he’s on his knees in the middle of the road with his hands up. Both car doors are open. Both the backseat door and his driver’s door,” said Selinda Guerrero, a human rights community organizer and activist.

She said he was clearly disoriented and that police questioned if they should get tasers. “They don’t wait for tasers. They just start walking up on him,” she said. “It’s pretty clear that they knew they were dealing with a mental health crisis but chose to still try to walk up on him and cuff him. Rodney resists, and he starts to struggle with the police. And that’s when he’s shot.”

Police say Mr. Applewhite was shot after he attempted to grab an officer’s gun and pull it from the holster. A Latino man who wished to remain anonymous approached Ms. Guerrero after the situation and said he had been driving on the road that day and was a witness to the events.

“He said, ‘The hairs on the back of my neck stood up because I knew something was wrong,’” Ms. Guerrero recounted. “He said, ‘I saw that guy laying on the floor and the police were just standing around. They weren’t assisting him, and it was very clear that he was injured. They weren’t doing anything to help him. They were just standing around, and he was rolling on the floor in pain.’”

State police reported that Mr. Applewhite was suspected of breaking into a home earlier that day. An apparently disoriented Mr. Applewhite asked the homeowner if he was in South Bend, Indiana, where he lives.

“In the call, from what they’ve released, there’s no indication that he hurt anybody. He didn’t break anything. He didn’t break in. When he was asked to leave, he left, but he was definitely confused and didn’t know where he was,” Ms. Guerrero said. She said there were things in the official account by police that troubled her.

Initially, police weren’t giving the family any details. On Dec. 4, Ms. Guerrero along with Black Lives Matter organizers in Indiana and Arizona organized a three-state action plan to add pressure. She helped organize a Covid-safe car protest at the governor’s mansion in New Mexico. Organizers in Phoenix held a press conference with the family, and those in Indiana released a media statement. Afterwards, police gave more details on what happened and released the footage.

State Police are investigating and will forward their findings to the district attorney’s office for review. Ms. Guerrero is trying to help the family get an outside investigator. The family laid the young man to rest on Dec. 7.