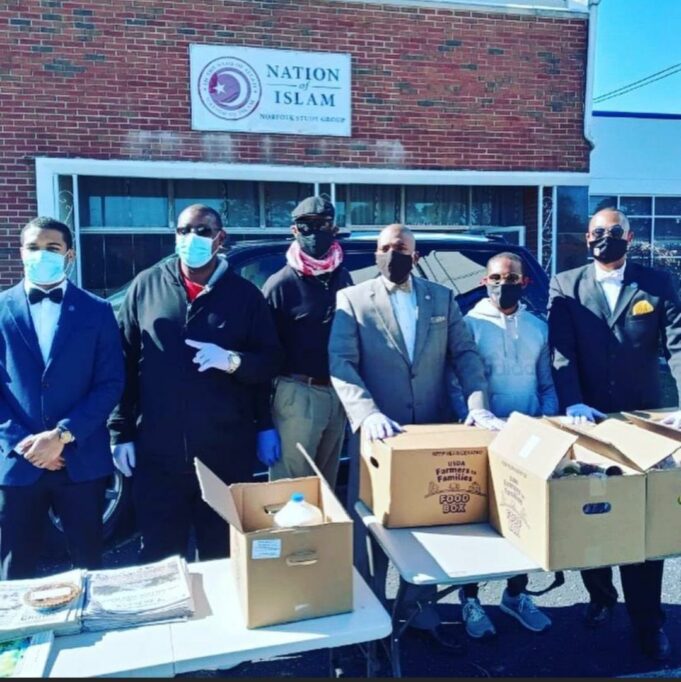 The Fruit of Islam (FOI) are consistently spreading truth, light and love to cities across America. The FOI carry copies of The Final Call newspaper to distribute and offer kind words. Their work in making our communities decent and safe places to live follows the example set by the Honorable Minister Louis Farrakhan of the Nation of Islam. Their work has continued despite the Covid-19 pandemic.

In Norfolk, Va., Miami, and cities such as Chicago, Atlanta, and San Diego, the FOI have provided free food to families and individuals in need. In December, the FOI from Norfolk and Mosque No. 29 in Miami served packaged foods and handed out copies of The Final Call and a free book, “How to Keep House: Maintaining A Clean and Safe Environment,” which is a part a community outreach project initiated by Naeemah Muhammad, student National MGT and GCC Captain of the Nation of Islam along with the MGT (the women of the Nation) and includes delivering 70,000 masks to communities in need.

Even during these difficult times, the men of the Nation of Islam can be found sharing the Teachings of the Most Honorable Elijah Muhammad as taught by Minister Farrakhan and helping where they can to ensure the safety and survival of our communities.