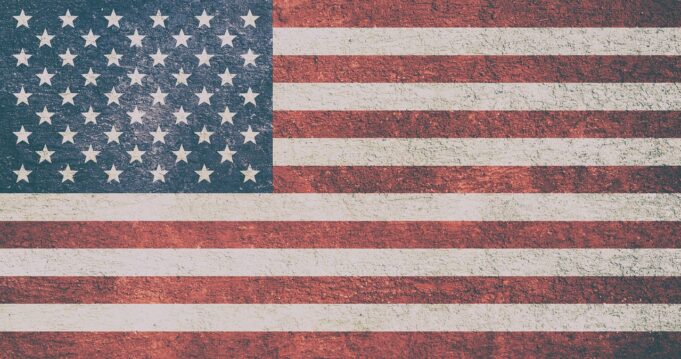 The U.S. death penalty has always been a symbol of  White supremacy and a violation of human rights law. Having already executed 12 people this year, the Trump administration plans to execute five people, four of them Black, during this lame duck period. This would be the first time a president has carried out executions during a lame duck session since the Cleveland administration carried out the execution of an Indigenous man in 1890.

The profound anti-lynching activist Ida B. Wells once said: “The way to right wrongs is to turn the light of truth upon them.” She and many others advocated tirelessly to stop the lynching of Black children, women, and men. She was moved to this work after the People’s Grocery Lynching in 1892 when three Black men (Thomas Moss, Will Stewart, and Calvin McDowell) were lynched by a White mob while in police custody. This lit a fire in Wells as she could not sit idly while Black blood was dripping from leaves across the country.

Wells has been on my mind after learning that the Trump administration plans to execute people before there is a change of power. Trump is also the first president in 17 years to reinstate federal executions. Since executions were permitted in July, 2020, 12 people have been put to death. This is more than any previous year in the 20th or 21st centuries. Only three people had been executed by the federal government from 1970 to 2019.

The Trump administration is planning to continue this lynching by law. Below are the stories of two men who were put to death and three people scheduled for execution:

Brandon Bernard (Black Man)—Brandon was 18-years-old when first incarcerated and died at 40-years-old. Brandon was only an accomplice to a double murder and five of the nine surviving jurors for his case no longer view the death penalty as a necessary punishment. Brandon was the youngest person executed in 70 years when put to death Dec. 10, Human Rights Day.

Alfred Bourgeois (Black Man)—Alfred was executed Dec. 11. He was incarcerated in Terre Haute, Indiana. Alfred was convicted and sentenced to death in 2002. Alfred was intellectually disabled and should have been constitutionally ineligible for the death penalty. On December 2, 2020, Alfred Bourgeois attorneys asked the U.S. Supreme Court for a stay of federal execution and review of an intellectual disability claim.

If all of these executions are carried out, the Trump administration will have executed 16 people in six months. This reality should serve as a reminder that the Ku Klux Klan not only wears white robes, masks, and carries shotguns but also wears fake smiles, tailored suits, and utilizes legislative pens.

Dustin Higgs (Black Man)—Currently incarcerated in Terre Haute, Indiana, Dustin was sentenced to death January 3, 2001. Dustin was convicted as an accomplice to three murders in 1996, even though he actually did not pull the trigger, but was guilty of murder by association under the so-called law of parties theory. He is scheduled to be executed on January 15, 2021, which would be the last federal execution carried out by the Trump administration. January 15, 2020 is the birth anniversary of Rev. Dr. Martin Luther, King, Jr., who worked for justice and peace. More info at www.savedustinjhiggs.com.

Lisa Montgomery (White Woman)—Currently incarcerated in Fort Worth, Texas, Lisa was sentenced to death on October 22, 2007. Lisa suffers from severe mental illness and experienced relentless physical, emotional, and sexual abuse, including being trafficked by her own mother. She is the only woman under a federal death sentence and would be the first woman executed in 70 years. Her execution date is January 12, 2021. More info at https://www.deathpenaltyworldwide.org/project/savelisa.

Cory Johnson (Black Man)—Currently incarcerated in Terre Haute, Indiana, Cory was sentenced to death in 1993. His lawyers have continuously argued that he suffers from an intellectual disability, which should prohibit him from being executed under federal law. Cory is one of the longest serving people now on federal death row. His execution date is January 14, 2020. More info about Cory’s case at https://richmond.com/news/state-and-regional/federal-execution-date-set-for-former-richmond-gang-member-his-lawyers-say-hes-intellectually-disabled/article_8453f45e-273b-5ffa-8df4-53c3ae3c9691.html.

With this terror of state-sanctioned violence weighing on our communities, one must ask the same question Ida B. Wells asked some decades ago: “Where are our ‘leaders’ when the race is being burnt, shot, and hanged? Holding good fat offices and saying not a word.” Where were our leaders when Brandon Bernard was executed on Human Rights Day? Where are our leaders when this administration executed the youngest person in 70 years and plans to execute the first woman in 70 years?

Where are our leaders when five nooses have been positioned once again on the United States Bloody Oak Tree?

Where are our leaders to declare and exemplify that Black Lives in Prison Matter?

Organizations like Human Rights Watch, Amnesty International and the United Nations must not remain mostly silent but instead should urgently resist these executions and highlight the contradiction of Brandon Bernard being killed on International Human Rights Day. As Attorney Jaribu Hill has stated: “The death penalty is the ultimate human rights violation.”

Organizations like the NAACP should stop practicing leadership by avoidance but instead should walk in the prophetic tradition of  NAACP co-founder Wells by shining light on this grave injustice and organizing urgent actions.

Leaders should stop begging President-elect Joe Biden for highchairs in his administration, but instead should pressure him to take an aggressive stance to prevent these five executions. Biden is not an innocent bystander. He is the author of the 1994 Crime Bill which included the death penalty and introduced new federal death penalty crimes.

The killings of people are on the docket, but we still have time to resist these scheduled lynchings by law.

We have a responsibility to respond with resounding action whenever we see Blood on the Leaves. The Lynching Tree and execution by law are all interconnected as weapons of terror used in an attempt to silence the oppressed.

We cannot be silent but must stand with our backs straight demanding that these lives be saved. What can you do to help? Get involved, raise awareness:

Aaron Greene is a member of Black Alliance for Peace, where he serves on the Africa team. He can be reached on Twitter: @AJacobGreene and via email at [email protected]