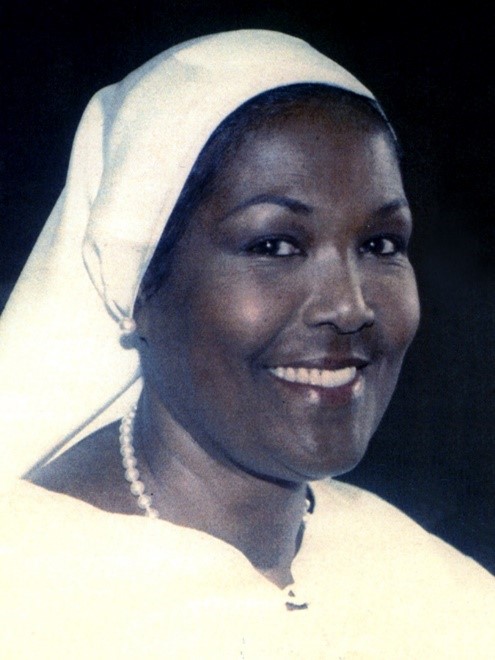 WASHINGTON—Marquis Who’s Who, the world’s premier publisher of biographical profiles, recently honored Sister Claudette Marie Muhammad with inclusion in Who’s Who in the World.

Fostering a career embedded in humility and grace for more than 60 years, Sister Muhammad serves as national director of fundraising for the Nation of Islam since 2009. Prior to this appointment, she was Chief of Protocol for the Honorable Minister Louis Farrakhan from 1984 to 2009.

Before embarking on her professional ventures, Sister Muhammad pursued an education at the Université Félix Houphouët-Boigny, completing coursework between 1978 and 1979. She subsequently obtained a Bachelor of Arts at the American University in 1982. She continued her academic efforts with postgraduate coursework at the United Nations Office at Geneva and the University of Geneva in 1982. Following these accomplishments, Sister Muhammad attended the Johns Hopkins School of Advanced International Studies, studying international law in 1982.

The former Director of Community Affairs for Federal City College, Sister Muhammad held the position of the National Deputy Director for the “Million Man March” in 1995 and the “Million Family March” in 2000. She contributed to President Jimmy Carter’s Inauguration Protocol Committee from 1976 to 1977 and the executive board for the “Millions More Movement” in 2005.

Sister Muhammad has found success with her written works as well, authoring her book, “Memories,” in 2007, as well as articles for professional journals and her website, Claudettesmemories.com. She was also recruited as a model for the Ebony Fashion Fair in 1963. Sister Muhammad has also been affiliated with various organizations in relation to her areas of expertise, including the National Museum of African American History and Culture, as well as the National Council of Negro Women, for which she holds the designation of a lifetime member.

Sister Muhammad was selected for inclusion in multiple editions of Who’s Who in America, Who’s Who in the World and Who’s Who of American Women.  Her work with Minister Farrakhan, and helping Mrs. Winnie Mandela when she came to the United States among the highlights of her storied career. Looking toward the future, Sister Muhammad hopes to continue working for Freedom, Justice and Equality for all of humanity while remaining physically and mentally active in her spare time and living her motto “God Is Love!”

Since 1899, when A. N. Marquis printed the First Edition of Who’s Who in America®, Marquis Who’s Who® has chronicled the lives of the most accomplished individuals and innovators from every significant field of endeavor, including politics, business, medicine, law, education, art, religion and entertainment. For more information, visit www.marquiswhoswho.com.