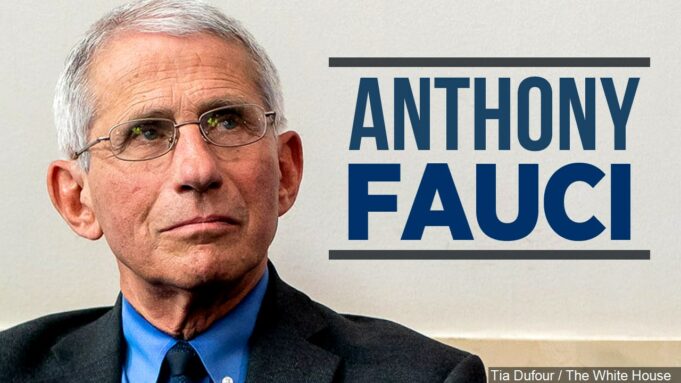 The Food and Drug Administration opened the doors to U.S. government plans to get shots into millions of arms as the agency administrator co-signed an advisory committee’s call for approval of an Emergency Use Authorization for Pfizer’s Covid-19 vaccine.

The shots started Dec. 14 in different parts of the country with media highlighting Black health care workers getting the Pfizer-BioNTech vaccine. The vaccine was shipped to nursing homes, hospitals and other sites where people could get inoculated.

That same day the U.S. recorded 300,000 deaths as America mounted what was called the largest vaccination campaign in U.S. history. Some three million doses were in initial shipments. According to the Associated Press, “the U.S. hopes for enough of both vaccines together to vaccinate 20 million people by the end of the month, and 30 million more in January, there won’t be enough for the average person to get a shot until spring.”

Still it’s important to understand what the advisory committee did and did not say and there are ready admissions that have questions about side effects and other issues remain.

“The only study question the committee asked for voting came down to ‘do the vaccine benefits outweigh the risks for use in people 16 years or older?’ ” said Chicago-based epidemiologist Yaa Simpson.

“I need to drive that home. Because to be honest, if you reported it any other way, people would get the wrong idea of what they actually voted on. They didn’t vote on if this vaccine is going to stop the spread of Covid-19 because they don’t know that,” Ms. Simpson told The Final Call.

The FDA’s advisory committee approved the Pfizer product Dec. 11 after a day-long hearing.

Under the Emergency Use Authorization, the vaccine is to be used to prevent Covid-19 infection. The FDA said Pfizer’s vaccine offers some protection after a first dose, but must be taken in two doses, 21 days apart.

There was also news that four people who took the vaccine in Pfizer’s U.S. clinical trials got Bell’s palsy, temporary facial paralysis which causes drooping on one side. Regulators downplayed fears, saying the condition is a common one—not a side effect of the vaccine.

“Based on the science, this vaccine has been shown to work in White people. There weren’t enough Black, Native, reproductive age women, elderly living homes or children in the study to come to any other conclusion,” said Dr. Akili Graham Muhammad, a Houston-based physician and member of the Nation of Islam Covid-19 Task Force.

“There were people that made these points but the only issue that was truly addressed was the inclusion on 16 and 17 year olds. My views after being in the meeting all day was that there was never truly a consideration not to approve the vaccine. This vaccine is experimental and most of the members in the meeting are highly concerned with long term side effects,” he continued. “This vaccine is investigational based on the FDA language. It is experimental at best.”

Questions about safety and monitoring also came in a letter to Peter Marks, director of the FDA’s Center for Biologics Evaluation and Research, from Robert F. Kennedy, Jr., a proponent of safe vaccines.

Atty. Kennedy and his organization, Children’s Health Defense, asked how the FDA planned to monitor adverse events or side effects and long-term health outcomes among vaccine trial participants and how would the FDA assess vaccine safety in different age groups, including the elderly and children? The letter was sent Dec. 6, prior to the advisory committee’s meeting.

The vaccines keep you from getting sick but it’s not clear if the vaccinated could still be infected or still transfer the virus to others, said Dr. Sanjay Gupta during a discussion on CNN. That will require people keep wearing masks and using social distancing, he said. CNN also reported adverse reactions to the Pfizer vaccine distributed in the UK by people who react badly generally to vaccines and have severe allergic reactions. Those with such reactions should not take the vaccine, said UK officials.

Pregnant women and those under age 16 were of concern because of a lack of vaccine testing on those groups.

“There’s no question that what is happening is unprecedented, and we’re nearing a dire situation,” said Dr. Saffiyyah Shabazz, a medical doctor based in Philadelphia.

“There’s also no question that we have been so abused by the medical establishment that it becomes difficult to know where the line is, where the risk-benefit line is. We’re always taking a risk any time you take any type of treatment, and we have to weigh it out,” said the owner of Fountain Medical Associates, PC.

“I don’t know what hidden plans may be in progress. All I know is what is actually happening now, and we have to use every method at our disposal to slow down or stop the dying now and then figure out what to do later,” she continued.

Blacks need to “lock it down,” as in sheltering in place to protect themselves, urged Dr. Shabazz. She cautioned against taking too many careless risks and not following safety guidelines to prevent spreading the virus. She also recommended fasting and taking vitamin D.

“If people don’t want to end up in a situation where they’re forced to do something, then they have to impose discipline on themselves,” said Dr. Shabazz.

In “Our Take: Black Health Professionals Speak Out,” Dr. Martha Dawson, president of the National Black Nurses Association, argued a vaccine was necessary. She spoke during what appeared to be an edited, prerecorded virtual town hall that aired on the National Urban League’s social media platforms on Dec. 10.

It was one of several efforts to encourage skeptical Blacks to have faith in the “science” behind the vaccine. Polls have shown Blacks are skeptical and one survey found only 42 percent of Blacks were willing to take a vaccine.

Dr. Wayne Frederick, president of Howard University, and Ambrose Lane, Jr., a member of the Washington D.C. City Council, facilitated a similar session with Dr. Anthony Fauci of the National Institute of Allergy and Infectious Diseases. The discussion focused heavily on Black mistrust of Whites, the medical community, and the federal government. Dr. Fauci appealed to Blacks to listen to the science and “trusted” sources.

Anissa Muhammad, a member of the Nation of Islam Covid-19 Task Force and coordinator of its Western Region Ministry of Health, wasn’t moved by the vote of confidence from Black health professionals. Dr. Fauci, federal officials and others have been arguing since Blacks are dying disproportionately and suffering disproportionately from Covid-19, they should get the vaccine early.

Government health officials said the shortened vaccine development timeline, less than a year, stemmed from advanced technology and no safeguards were skipped. But, it usually takes 10-15 years to develop a vaccine. That usually includes different applications and licensure of vaccine clinical trials, permission to manufacture, inspections of manufacturing facilities, presenting findings to the FDA advisory board, and testing the product for usability and labeling.

The use of new technology and the swiftness of the vaccine coming online has millions of Americans worried and unwilling to take the vaccine.

Critics say the major problem isn’t just Covid-19 but longstanding and unaddressed conditions like diabetes, obesity, high blood pressure, asthma, heart disease and compromised immune systems. They question why little or nothing seems aimed at dealing with these underlying conditions, or comorbidities, which make Blacks more susceptible to Covid-19.

Ms. Muhammad argued the pre-existing conditions are pandemics in themselves. “Why do you want to be our friend now, all of a sudden, and why are you so concerned about our well-being all of a sudden?” she asked.

Then there was talk of public relations efforts and messages from pro-vaccine trusted sources.

“Trusted source has to refer to the notion of trustworthiness, and to prove yourself trustworthy takes time and engagement,” said Dr. Rueben Warren, director of the Tuskegee University National Center for Bioethics in Research and Health Care.

“You can’t prove yourself trustworthy the first time you come to me and ask me to do something,” he said.

“It’s working together over time around broader issues, (more) than one specific issue or problem of the day. So, the lingering time, the engagement of people of concern around issues of community is how you build trustworthiness, and that depends on who you’re talking to, and who’s doing the talking,” Dr. Warren told The Final Call.

Those so-called trusted messengers should not be telling Blacks what to do, argued Ms. Simpson, the Chicago-based epidemiologist.

“Pfizer and the FDA both clearly stated, this is a vaccine. It is a vaccine study. The vaccine’s purpose is to prevent acquisition of Covid-19—or prevent the severity if you were to get it,” she said. “If they didn’t think you can get it at all, they wouldn’t have said that,” she argued.

Ms. Muhammad added, “They’re only putting up what their agenda is, which is this vaccine is going to be good for you. That’s against health ethics, and they know it. They’re supposed to give the public, the good, the bad and the ugly, and allow them to make an informed decision on their own, and not force them to take it.”

Just about as many Black scientists are opposed to the vaccine as there are who are for it, but they are blocked from the public in violation of public health ethics and protocols, she said.

“Those of you that work for the enemy this is not the time to be a sellout. This is not the time to sell your people out just for nearness with the enemy and to protect your so-called status and position,” said Student Minister Ishmael Muhammad, national assistant to Minister Farrakhan, in a recent message webcast from Nation of Islam headquarters in Chicago.

“What you should do beyond that is do exactly what the Honorable Minister Louis Farrakhan has said for us to do,” said Min. Ishmael Muhammad, during his “America’s Wicked Plan,” a message delivered Dec. 6 from Mosque Maryam.

“Don’t take the vaccines. There are 14 therapies that are in the world today that we can use to fight against the covid virus,” said Nation of Islam Minister Louis Farrakhan, in a July 4 address, “The Criterion,” from his Michigan home.

He warned Blacks in America and in Africa not to simply accept vaccines or treatments from those who have a history of medical malpractice and evil against Black people. He called for ending the Cuban embargo to allow Cuban treatments and doctors to get involved in saving U.S. lives and for convening Black experts to discuss and develop ways to protect Black people from harm.

Blacks have generally accounted for one-third of deaths from Covid-19, usually from pre-existing conditions.

Minister Farrakhan called on skilled Black virologists, epidemiologists, students of biology and chemistry to not only evaluate what the government gives, but to develop something better.