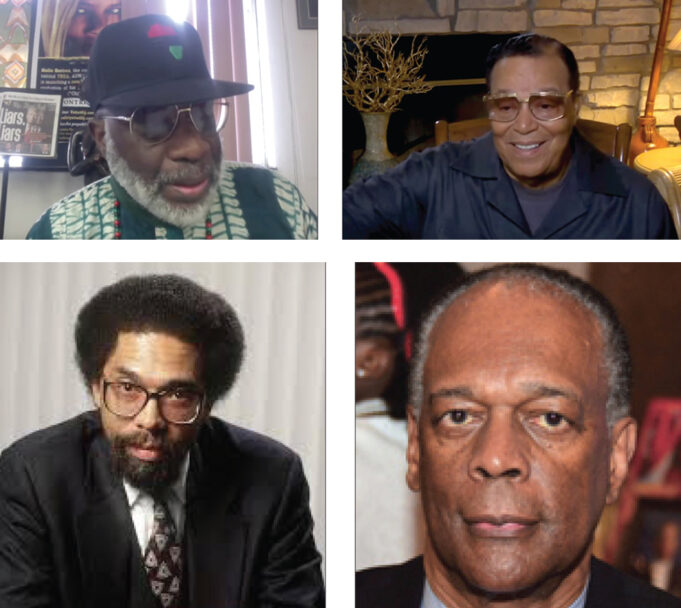 Black leaders and critical thinkers recently convened virtually for the 2020 Nubian Leadership Circle Summit. The working conference was themed “Having The Will To Afrikan Nation Build!” The gathering was the first of several summits’ organizers are aiming to convene in cities across the United States as well as overseas, they said.

The purpose of the summit was to develop a “strategic national plan” to effectively address issues and conditions affecting Black life and to work toward building a nation within a nation. The summit’s goal was also to form an umbrella body for leaders that come together to discuss how Black organizations can form an alliance and bring individual efforts together.

“We want to in fact embrace Black leadership all across the country … and across the water,” said Sadiki Kambon, convenor of the Dec. 12 summit, and founder of Nubian Leadership Circle.

An essential principle for the group is operational unity or ‘unity without uniformity’ in functional terms, they said. This allows organizations to “retain their autonomy and independence” while working collaboratively on issues, programs, projects, and initiatives in the interest of the community. “What we’re looking at here is with this summit …would bring our folks on board to try to make this piece happen,” said Mr. Kambon.

He further explained to summit participants and those tuned in that it is time to uncompromisingly move Black self-determination forward. Mr. Kambon pointed out that what is being attempted is not different than what any other grouping of people does for their self-interest and development. Leaders involved in the summit said it was necessary.

“Coming together in national summits like this one are essential,” said veteran New York broadcaster Bob Law. “But we need to do it, not as an event to entertain the masses, but instead … to mobilize specific talent and resources,” added Mr. Law.

The Washington, D.C. based Nubian Leadership circle was borne out of the National African American Leadership Summit (NAALS), a 1990s initiative to bring leaders together around common issues. The earlier group was started by Dr. Benjamin Chavis on the suggestion of the Honorable Minister Louis Farrakhan of the Nation of Islam. NAALS convened leadership summits nationwide.

“That was the inspiration for myself, in terms of what the potential was,” explained Mr. Kambon, adding, the NLC is an “enhanced version of what that was about,” in explaining how everything came together.

Before the working sessions began the conference heard from Harvard professor and author Cornel West who prepared video remarks for the meeting. “We come together at a time of multidimensional crisis,” stated Dr. West.

“We’ve got too many leaders who don’t want to tell the truth … project the kind of vision … and engage in the kind of execution that is required in what Black people deserve,” he said.

Dr. West exhorted participants to keep in mind the example of Sankofa—an African symbol of a bird whose body is faced forward while its head is looking back. “We move forward by being connected with the best of those who have come before,” he said.

In his remarks, the scholar set an undertone for the organizing work ahead for the group. Dr. West encouraged organizers and participants to “stay strong,” “stay woke,” “stay fortified,” in the struggle against the proverbial “Goliath” who he characterized as “spiritual midgets” and “moral dwarfs” when it comes to truth and justice.

“Know that you are lifting your voices as part of a legacy…rich tradition of a great people who have always at our best told the truth and loved our people,” Dr. West said.

After a brief introduction concerning the overarching purpose, participants entered virtual breakout rooms of their interest. Seven ‘Kazi’ cadres or work areas met online to discuss and formulate outcomes and recommendations into a summary toward a national blueprint and plan.

The Kazi Cadres are: Land and Food; Family Essence; Spiritual Renewal; Health and Education; Economic Development; Communication Technology; and Arts and Culture. These discussions were co-facilitated by leading individuals from around the country who conducted the discussions. Organizers said the cadres are the “critical components” to serve the liberation of Black people.

There were robust and engaging dialogue in the breakout rooms. For example, members in the Economic Development cadre co-facilitated by Morgan State University professor Ray Winbush discussed and reported on several takeaway points moving forward. The strategic need for organizations to wisely pool financial resources with each other was one. Along with economic unity the session raised the necessity to instill sacrificing in people to build Black support for Black causes. The cadre also stressed increasing financial literacy as a major area of focus.

For Communications and Technology, participants proposed the summit bring broadcasters and media people together to engage changing negative and common narratives about Black people in the public sphere. They said that the “adversaries, the enemies of our people” use the arena of ideas to demonize Black people and control the narrative.

“We are active in what is called the marketplace of ideas and that we really need to bring skill and insight into that marketplace,” said Mr. Law who was a cofacilitator of the cadre session.

According to organizers there were an estimated 4,000 people who viewed the event online. The summit aired on several online platforms where viewers weighed in at various points.

“One of the summits required, is an economic summit (Follow the Money from A to Z), Five-to-One-Hundred-year Plan,” Obi Wordlaw posted on the Nubian Leadership Circle FaceBook page.

“Africa needs your leadership. The bridge has to take place between all our families around the world,” said Wajid Daouda in Canada, who viewed it on FaceBook live.

The summit closed out with words and guidance from Minister Farrakhan who was pleased with the outcome. He spoke about the critical nature of the time Blacks find themselves in and suggested the summit convene every three months.

“As I learned from each and every one of you that spoke; all the beautiful ideas that gushed forth from your lips and your hearts and your minds,” said the Muslim leader. He said the summit indicates Blacks have arrived at a certain point in their development.

“We can become the greatest gift to our people and the biggest threat to the enemy who hates to see our rise,” said Minister Farrakhan.

In response to the closing words of guidance from Minister Farrakhan, social media lit up with comments. “No one talks with more passion about the condition and thought process of our people,” said Michael Perry on YouTube.

Mrs. Frankie said: “You are speaking Truth and your Truth has been test tried and proven. Thank you for your teaching!”

For future Summits and information to get involved with the Nubian Leadership Circle, visit www.nubianleadershipcircle.com.