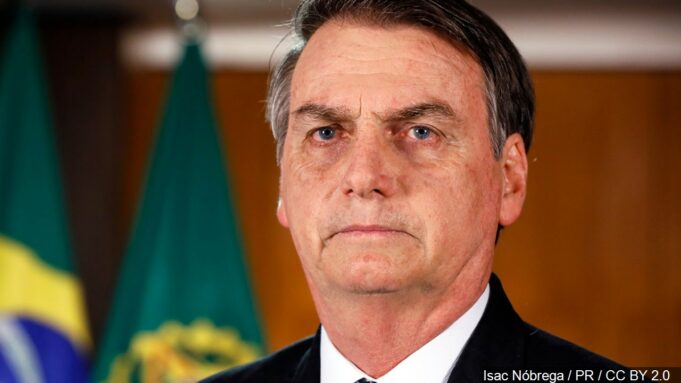 In 2020, the country’s authorities have already practiced twice as many racist statements and demonstrations detected in 2019. This is one of the data presented by the Coordenação Nacional de Articulação das Comunidades Negras Rurais Quilombolas (National Coordination for the Articulation of Black Rural Quilombola Communities) (Conaq) and Terra de Direitos in a study released on Nov. 20.

The “Quilombolas contra racistas” (quilombos against racists) project reveals that between January 1, 2019 and November 6, 2020, 49 cases of racist discourses were recorded, mapped into five categories: reinforcement of racist stereotypes, incitement to restrict rights, promotion of White supremacy, denial of racism and justification or denial of slavery and genocide.

The study verified news from the press, published on the internet and on social networks, and found an increase of 106 percent between 2019, when there were 16 demonstrations and, this year, which has already recorded 33 cases. In the mapping, there was no inclusion of cases classified as racial injury.

According to the study, President Jair Bolsonaro is responsible for 25 percent of racist statements mapped. In addition to him, state deputies delivered 12 speeches; ministers, secretaries and mayors of municipalities were responsible for 11 demonstrations; already federal deputies, six times; councilors, five; and members of the justice system, judges and prosecutors, three cases.

Only 20 of the cases were investigated and none resulted in the authors being held responsible. In a recent case, the National Council for the Public Prosecution (CNMP) filed the request for the opening of a disciplinary administrative proceeding (PAD) against the prosecutor of Pará, Ricardo Albuquerque. In an event for students, he stated that he doesn’t have “any debt with quilombolas” because he didn’t have a slave ship and that “the problem of slavery here in Brazil was because the Indian doesn’t like to work.”

“Racial hate speech in Brazil has been increasingly embraced by political representatives. On the other hand, investigation and accountability mechanisms have failed to guarantee support for victims or to build mechanisms for monitoring, reporting and accountability,” explains José Odeveza, a journalist from Terra de Diretos and a member of the project team to map racist manifestations.

The reinforcement of racist stereotypes are the most recurrent manifestations, covering 18 cases, while those that encourage the restriction of rights, mainly of quilombolas, are in 15 cases. According to the research, the incitement to racial hatred serves, at least, two purposes: to deny or diminish the dignity of people and groups, using negative stereotypes to mark an entire group, removing their subjectivity and promoting ideas about their inferiority; and unleash hostility and violence against discriminated groups and people.

“These authorities use parliamentary immunity for racist speeches and practices. We are tired of asking for action and the authorities claim freedom of expression,” says Givânia Silva, coordinator of Conaq.

The aggressors are mostly White men in positions of public authority and in the southeastern region of Brazil. They are responsible for 47 of the 49 cases. “It’s necessary to understand that the racist offense against a quilombola affects everyone. Crime is actually against 56 percent of the Brazilian population. When a Black person, a woman, an indigenous person, a trans person, is attacked in the most intimate of his/her existence, the whole society is attacked and needs to fight against it,” points out Ma Givânia.