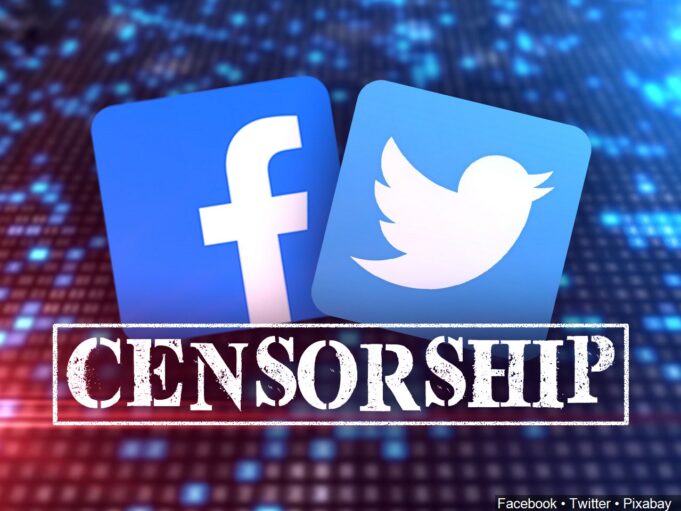 Attempts to silence the Honorable Minister Louis Farrakhan on social media and digital platforms have once again reignited. The sparks flew after the Muslim leader delivered his July 4 message, “The Criterion.” A few days after the message, YouTube removed the Nation of Islam’s official YouTube channel.

Recently, those who have tried to share “The Criterion” on their YouTube channels have gotten videos removed. Dr. Boyce Watkins, entrepreneur and finance professor, was suspended after posting the video to his channel.

“YouTube came along and said that your post violates our community standards on hate speech. So, for one week, they are not allowing us to post or go live or do anything on that channel, and I don’t regret it one bit. I am very happy to go down, burning with Minister Farrakhan and the Nation of Islam, because I know where our strongholds exist in the Black community,” he told The Final Call. “It’s a warning shot to our company to let us know that at some point, they can come down and shut us down completely, and the bigger you are, the more of a target you become.”

Social media influencer Ben X has also been a target of YouTube’s censorship. His channel was terminated in 2018 for hate speech. On Dec. 2, he posted a screenshot to his Instagram page of YouTube telling him that “The Criterion” video he posted was removed because it violates their hate speech policy.

“It’s just proof that the enemy is afraid of the truth that’s coming out of the Minister’s mouth,” the young entrepreneur added.

YouTube’s silencing of the Honorable Minister Louis Farrakhan’s July 4 message is not the first time he has been censored by a digital platform. In the summer 2018, Netflix refused to stream his documentary, “My Life’s Journey Through Music,” after previously agreeing to run it. In May 2019, Facebook and Instagram banned Minister Farrakhan, along with a cluster of White Supremacists.

Later that year, Twitter banned his account from tweeting over a 2018 tweet that came from his lecture on the 23rd anniversary of the Million Man March. Twitter said the tweet compared Jews to termites. The Minister’s actual words were: “When they talk about Farrakhan, call me a hater, call me an anti-Semite; stop it. I’m anti-termite. I don’t know anything about hating anyone because of their religious preference. But just like they called our ancestors in the 1930s ‘voodoo people,’ they figure ‘anti-Semite’ would be a good thing to put on us. Farrakhan hates Jews. Stop it.”

The Minister continued, “You cannot find one Jew that one who follows me has plucked one hair from his head. You haven’t found us defiling a synagogue. Our Qur’an teaches us if we see something like that stop it. They call me anti-Semitic. No, you are anti-Black. Now I’m talking to the anti-Black White folk. Why do you lay around Black people like the 10 Percent in our Lessons? You know we’re a talented people so you lay right around us, ‘I’ll be your manager.’ … How did they get to own everything that we have created? It’s because they’re Master Deceivers and they hate the fact that we are strong enough to say it. Now when a liar has gotten ahold of you, the liar is afraid of anybody who knows the truth and will tell it. So, they don’t want you near Farrakhan.”

“It was very random for them to target the Minister, because there’s so much pressure being put on them to do something about these White Supremacist groups who are online organizing these violent protests and these violent attacks,” he said. “They try to make some type of comparative extremism in Black society, so they like to use the Minister as their little scapegoat.”

Why is Minister Farrakhan and independent Black thought being silenced? Dr. Watkins explained that part of the reason why is because intelligent and progressive Black voices are seen as a disruptive, destabilizing force.

“They want to integrate us and pull us into their way of thinking, deny us our culture, undermine who we are, brainwash us from birth, and there are voices online that are fighting against that. So, because the power of technology is so vast and these companies have way too much power, they’re using that power in an unfair way to basically persecute intelligent Black people without any sort of recourse or due process,” he said.

Mr. Nasheed, who created an app, FoundationFlex, where Black people can connect, said a solution to the silencing is for Black people to create their own platforms. But he said one of the challenges is the lack of startup capital.

“We don’t own the technology, but the network that serves as the backbone of that technology does not restrict free speech,” he said. Dr. Watkins and others attempted to build their own version of Facebook, but he said they failed miserably.

“It cost us tens of thousands of dollars. The engineers kept getting it wrong. There were a thousand bugs. It just wasn’t working, so we abandoned the project because I said we’re gonna run out of money if we keep trying to do it this way,” he said.

Another strategy both Dr. Watkins and Ben X use is creating their own lists. People can text the word “Boyce” to 31966, and individuals can be in the know of what’s going on. When Ben X realized he had no way to contact his subscribers after YouTube terminated his account, he started creating a text list so that he could control his own data.

Ahmad Muhammad with the Nation of Islam’s Ministry of Information said Black people having their own social media is the easy part. But he said the core of social media is money and that the more users a platform has, the more attractive it is to drive income.

“The access to vast resources that White people have by default, we just don’t have. And if we do gain access to that, then it just becomes another White-owned platform. It’s not easy. Remember, we’re still living in Satan’s world. This is his world. Even noi.org and everything we have; we did not build it. We didn’t make Microsoft. Noi.org, all that system is run and it’s owned, ultimately, by the devil still. So, we only gain certain levels of ‘independence’ but not full independence,” he added.

Mr. Muhammad explained the technical side of what it would take for Black people to own their own servers. First, it would require a financial investment. The software and the program would need to be built, and the servers would need to be housed in a climate-controlled location. Then, he said, bandwidth would have to be purchased in order to communicate with the rest of the world.

“Now we’re back to, you have to contract the devil. Because you’re going to have to use AT&T, Comcast or some servers, and we’re not talking about your home network. Just imagine if you pay $30 for so much speed and bandwidth or something of that magnitude. To handle the traffic, you’re looking at maybe a bill of, to handle that type of bandwidth, of at least $10,000, maybe $20,000 a month to pay just for the bandwidth,” he explained.

He said an alternative around that method is finding companies and servers that are not controlled by its terms and conditions. When the Nation of Islam lost some of its streaming services, Ahmed Muhammad started looking into companies in other countries to lease from. But he said even though the situation of Black people owning the technology behind social media seems grim, he urged people to look at all the millions of people who were reached through mainstream platforms.

Ben X also looked at the positive. He said the content of the Nation still needs to live on the mainstream social media platforms in order to reach people who aren’t conscious and aware.

Mr. Muhammad and Mr. Nasheed have hope that if Black people can unite to create one platform, it will be more successful.

Mr. Muhammad quoted the Most Honorable Elijah Muhammad, patriarch of the Nation of Islam in saying “our unity is more powerful than an atomic bomb.”

“Because if the Nation of Islam and other Black organizations build a site together, social network, and support one another, then it increases the difficulty for the enemy to do harm, and you can begin to see growth,” he said.