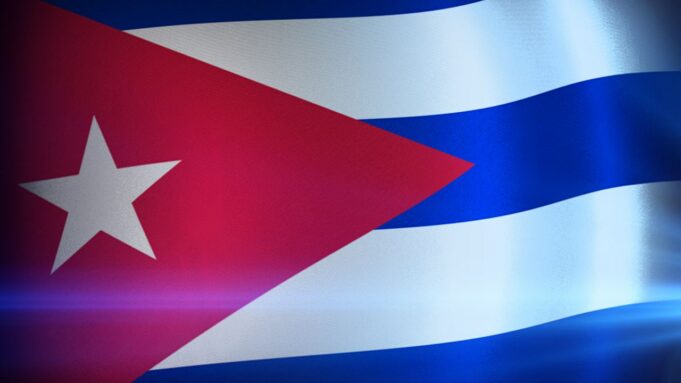 The coronavirus pandemic has overrun the United States with new cases and medical and infectious disease specialists say it’s spreading faster and broader than anytime since the global pandemic first hit earlier this year. Across the country, there have been 13.5 million infections as of  November 30.

When the pandemic started, few expected the wealthiest, most industrialized country in the world to become the epicenter of the novel virus but that is exactly where America stands. By contrast, there is the island nation of Cuba, significantly smaller in size and population, an economy a fraction of the size of the behemoth to the North and with money and resources that are dwarfed by the U.S.

According to Worldometer, Cuba has had 7,704 total cases and 131 deaths. Compared to the U.S., where reports say almost 268,000 deaths have occurred as of November 30. All across America, hospitals are doing their best under extreme pressure to handle the stream of sick people seeking medical attention. Doctors, nurses and other medical personnel lack the personal protective equipment, ventilators and ICU beds needed to treat the pandemic. Pleas to the Trump administration by doctors and nurses, governors and other state officials have gone unheeded.

Dr. Samira Addrey, program coordinator of the Latin American School of Medicine (Elam) Cuba Scholarship Program, said Cuban authorities had a plan in place in January on how to attack the coronavirus and moved quickly to bring Covid-19 under control.

“The first three cases were confirmed on March 11,” Dr. Addrey said during the virtual International Conference for U.S.-Cuba Normalization held on Nov 14-15. “The Ministry of Health handled the fight. All medical students (28,000) went door-to-door. Protocols were established and state-run media educated the public. Everyone was involved in the fight, no one was left behind,” she explained.

The Cuban Ministry of Health and its cohort of medical personnel carried out what has been a textbook approach to keep the number of novel virus infections low by conducting door-to-door searches for potential carriers, isolation of the sick and contact tracing.

Dr. Addrey, who spent seven years in Cuba and left the island on August 26, said the chosen methods of health care enhanced the state’s ability to offer care for those who fell ill. She said family physicians and nurses approached solutions together with the full cooperation of their patients.

Meanwhile, on a broader scale, she said government officials reorganized peoples’ activities in the agriculture, travel and transportation areas to keep everyone safe. The government also nationalized factories that normally produce school uniforms and non-medical merchandise and repurposed them to manufacture masks.

Cuba’s success is attributed in large part to its robust, universally accessible, community-based, and well-staffed health system. Its patient to doctor ratio of 8.2 physicians per 1,000 citizens for the island nation’s 11 million people is one of the highest in the world.

“The Cuban government has mobilized all of its limited resources to provide the necessary care to our people,” Josefina Vidal, Cuba’s ambassador to Canada told a Progressive magazine reporter. “Medical practitioners were mobilized by the government early in the year to undertake door-to-door assessments. Those presenting symptoms were immediately transferred to isolated, specialized health centers to receive treatment.”

Dr. Addrey agreed. “Everything was timely, transparent and transformative,” she said, and the result led to a 90 percent recovery rate.

Dr. Andy Coates, a Hospice & Palliative Medicine Specialist in Albany, N.Y., who has been treating Covid patients castigated the American health care system which he said is “bankrupting families and enriching hospitals.”

“The example Cuba has set on the world stage is unparalleled,” he told listeners on the online conference. “Their work has led to magnificent health outcomes and low child mortality, while here, life expectancy is getting worse and worse for the poor.”

Another conference speaker described America similarly, saying “people are dying in a racist country. It’s the social difference between healthcare as a human right and health care as a commodity to be sold to those who need it.”

But even as Cuba has used its limited resources to beat back coronavirus, a hostile U.S. government has taken a number of aggressive measures to increase the suffering of the Cuban people. For example, the Trump administration reportedly blocked 100,000 facemasks and Covid-19 diagnostic kits donated by Chinese billionaire Jack Ma. Mr. Trump—who Cuba experts say has piled on 245 additional sanctions in the past year alone—has threatened other sanctions against countries who seek help from Cuba’s Henry Reeve International Medical Brigade.

As Covid-19 spreads, several American organizations asked the Trump administration to temporarily suspend the economic sanctions against Cuba—such as removing limitations on remittances and other sanctions that prohibit donations of medical equipment and medicines and freeing up financial transactions. But administration officials have refused, which Cuban diplomats and Cuba allies contend has further crippled that nation’s already struggling economy and could hinder its ability to fight the virus.

A State Department spokesman told AFP that the Cuban regime “alone is responsible for ongoing medical supply shortages,” adding that the Cuban leadership “has mismanaged Cuba’s economy for decades and proven itself incapable of addressing the Cuban people’s most basic needs.”

But a Cuban diplomat echoed widespread concerns about the unethical nature of what the United States has done. The blocking of the aid should be “an action inconceivable in a global crisis,” but “it doesn’t surprise us,” Carlos Fernando de Cossio, Cuba’s head of U.S. Affairs, told the Associated Press. “It’s the type of obstacle that Cuba confronts daily in order to take care of the country’s basic necessities.”

Cuba has gained worldwide attention for two significant developments: proof after research and testing of the therapeutic effectiveness of Interferon-α2b against Covid-19 which doctors in Cuba have been using to curb the disease. The drugs developed in Cuba have been used in India and other countries. The other is dispatching more than 2,000 doctors to 23 countries in Europe, Africa, the Middle East and Latin America to help those countries push back and stamp out the disease.

According to Ed Augustin, a British freelance journalist based in Cuba, over the last decade, the leasing of medical professionals has emerged as Cuba’s most lucrative export activity. It generated $6.4 billion in 2018, bringing in more money than rum, sugar, and cigars combined. This revenue pays for free health care and education through the university level, and to sustain art, music, and culture, and there’s no evidence the money is being siphoned off by a corrupt elite. Corruption at the higher echelons of the Cuban government is low compared to other countries in the region: The NGO Transparency International ranks Cuba as one of the least corrupt countries in Latin America. And as petroleum shipments from Venezuela, the island’s main ally, decrease, this money is increasingly needed just to keep the lights on.

Mr. Augustin said a portion of the revenue subsidizes medical missions to countries that can’t afford to pay for them.

“While Cuba charges oil-rich states like Angola for ‘professional services,’ it provides thousands of doctors and nurses to low-income Latin American and sub-Saharan countries at cost or for free,” he said. “And though it’s unknown whether Cuba is charging for the coronavirus-focused missions, the island has never previously charged for emergency medical response to earthquakes, hurricanes, or epidemics.”

The money generated from these missions also helps the Latin American School of Medicine, which has graduated 29,000 doctors from more than 100 countries over the last 20 years.

Medical education is provided for free to people from communities with poor access to health care on condition that upon graduation they return to serve their communities. Some of these doctors are now dealing with Covid-19 in the United States.

There is a petition circulating, that has so far garnered more than 38,000 signatures, seeking to convince the Nobel Committee to award the Henry Reeve Brigade the Nobel Peace Prize. Noted actor and social justice activist Danny Glover, Medea Benjamin of Code Pink and a number of Cuban solidarity organizations are pushing for this to happen.

Meanwhile, the Trump administration’s State Department has charged the Cuban government with managing a program that is an example of forced labor and human trafficking. The U.S. government is a part of a campaign of international organizations, activists and others who have denounced alleged abuse they say is occurring in these medical brigades.

A State Department report notes that the Cuban government has about 34,000 health workers, mostly doctors, in more than 60 countries. The government reported more than $6 billion in revenue from medical services abroad in 2018. More than 20 nations have hired nearly 2,000 health care workers in response to the coronavirus crisis “under unclear financial arrangements,” the report says.

The U.S. is bullying other countries too. Recently, Republican Senators Rick Scott (Fla.), Marco Rubio (Fla.) and Ted Cruz (Texas) introduced a bill that would punish countries that hire Cuban doctors. The bill would use this as a factor in determining countries’ rankings in the State Department’s annual report on human trafficking. The leaders of a number of countries, especially Caribbean leaders of countries who are reliant on the doctors, have castigated this attempt at blackmail.

Cuban Ambassador José Ramón Cabañas Rodríguez reminded listeners on the virtual seminar that Cuba’s growth and development has been stymied for the past 60 years by an embargo and a stiff regime of sanctions, adding that sanctions are a means of cutting trade and in the end, it’s about food and medicine.

“Pre-Covid, the U.S. embargo has cost Cuba $5 billion,” said Dr. Cabañas, a veteran diplomat who served as the Chief of the Cuban Interests Section in Washington, D.C. since 2012. “The core subject of any negotiation is the embargo. Without sustainability, we’ll have executive orders one way and the other way four years later. The embargo is not responsible, not ethical. It’s genocidal. The blockade kills people in Cuba, the U.S. and elsewhere. Simply tell your truth.”