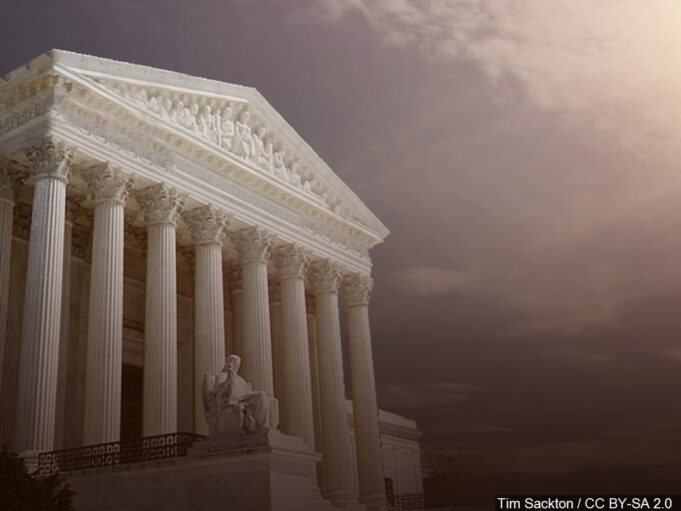 CHICAGO—The community is welcoming back two Black men who were released after serving 28 years behind bars after the U.S. Supreme Court ruled that their sentences were unconstitutional.

“We thank Allah that these two brothers are home,” said Student Minister Abdullah Muhammad, of the Nation of Islam Prison Ministry. “They are both serious Muslims, who have been strong, dedicated and consistent students of the Teachings of the Most Honorable Elijah Muhammad as given to us by the Honorable Minister Louis Farrakhan.”

Albert Kirkman and Cedric Cal were convicted in 1994 when both were still teenagers and sentenced to natural life plus 30 years for a 1992 shooting in which two people were killed. “On the inside, we call it death by jail,” said Cal.

Both men, 17 years old when they were charged, always maintained their innocence. While in prison, both men not only maintained a positive attitude, but became students of the Nation of Islam and their new outlook, discipline and study helped to let time serve them.

Historically, the Nation of Islam’s Prison Ministry has been recognized by the Black community, hip hop artists and scholars for its role in helping to turn men and women with self-destructive behavior into positive role models and contributors to society.

Cal explained his transformation. “A gang member gave me the ‘Autobiography of Malcolm X.’ When I read that book, I found what I was looking for. Eventually I got ahold of ‘Message to the Black Man,’ and finally ran into a follower of Min. Farrakhan in Pontiac (Correctional Center) in 1994. He gave me a Final Call and tape of the Minister called ‘Let Us Make Man.’ The Minister spoke with so much love, power, strength, that did it for me. He became my teacher and leader at that moment.”

In 1995, Cal heard the Million Man March address even though he was in segregation as everyone was watching he was able to listen. That day advanced his process of self-improvement, atonement and transformation.

“After hearing the Minister, I wrote letters to my mother and father and to Black media outlets apologizing and atoning for my sins as a gang member, selling drugs and causing destruction in our community,” he said. Eventually, Cal became the student coordinator of the Nation of Islam Prison Reform Study Group.

Kirkman was present when the Minister spoke in 2004 at Stateville Correction Center in Illinois. “After hearing the Minister, I wrote my letter to join the Nation of Islam. When I became a Muslim—us praying five times a day and the Teachings gave me discipline. Always being righteous, disciplined and upright, I believe that’s why I’m home now. Behind the wall you have a lot of nonsense that goes on and if you are not careful, you could get involved in that. In my heart, I knew the day would come that we’d be free,” Kirkman added.

On Jan. 19, 2011, the only eyewitness to the crime testified at a post-conviction hearing for the men and said a different shooter was responsible. The eyewitness, the only survivor in the shooting said he didn’t finger the actual shooter in 1992 because he feared for his life if he properly identified the real shooter.

Unfortunately, that turn of events did not help Cal and Kirkman, but in June 2012, the U.S. Supreme Court decided that it is unconstitutional for states to impose mandatory life sentences without the possibility of parole on juveniles convicted in murder cases.

The court ruled that it is “cruel and unusual” punishment to sentence people under 18 to spend the rest of their lives in prison without considering other options.

Both men were released during the COVID-19 pandemic and had firsthand accounts of conditions inside prison, at least where they were held in captivity. “Covid inside the prison is a death sentence,” said Cal. “In the facility, which was minimum security because we all had about two years or less left in our sentence, over 200 people out of 500 had the Covid virus. There is no way to social distance and some of the staff is not taking it seriously. It’s hard to clean. They are not giving us the proper materials to clean with. They should release those who only has a short time left on their sentence.”

Now that both men are free, they are focused on helping to uplift the community via helping to mediate gang disputes, create halfway homes and encourage adoptions of prisoners.

“Not only do I want to get out in the community and talk to the brothers causing problems, but I want to stay connected to the brothers behind the wall because that’s where I come from. I want to help set up halfway houses because a lot of brothers got denied from coming home because they had no place to go,” said Kirkman.

“I feel blessed to be out and can’t wait to be around the Believers,” said Cal who also talked about the importance of halfway houses. “I want The Final Call to know you all are our heroes. I couldn’t sit right in my cell without a Final Call and I was blessed to have someone who loved me and made sure I had a Final Call subscription. That paper kept me going.”