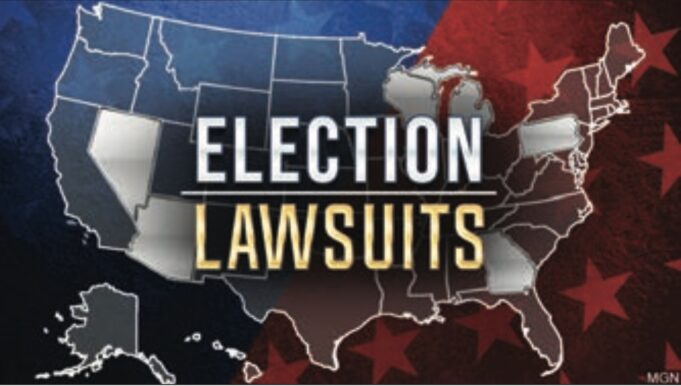 WASHINGTON—Former Vice President Joe Biden decisively defeated impeached President Donald J. Trump at the polls Election Day. Mr. Trump has grudgingly acknowledged the outcome, but he refuses to concede defeat, treating the incoming administration more like a foreign adversary than like a continuation of the U.S. government.

Mr. Trump has purged government employees, including career, non-political workers, especially at the Pentagon, and he has refused to allow Mr. Biden’s team access to the customary transition process, as he seeks to thwart the election certification with a flurry of baseless lawsuits, most of which have been thrown out of several state courts. Meanwhile, federal Republican office holders continue to look the other way, further enabling Mr. Trump’s reckless behavior.

And, at Final Call presstime, the president was reportedly pulling some U.S. troops out of the Middle East, which follows the firing of Defense Secretary Mark Esper and the sacking or resignations of other military leaders at the Pentagon. One CNN analyst Nov. 16 said the decision 65 days before a new president takes office had nothing to do with national defense but was on the outgoing president’s political bucket list. It was unclear what the decision would mean for incoming President-elect Joe Biden.

“The Trump administration is expected to cut the number of U.S. troops in Afghanistan almost in half to 2,500 by Jan. 15, a U.S. official said. The order would stop short of outgoing President Donald Trump’s goal to have all troops withdrawn by the end of the year, which had faced opposition from military and diplomatic advisers,” said the Associated Press.

“The Pentagon also expects to cut the number of troops in Iraq to 2,500, a reduction of more than 500. The decisions come as no surprise, following Trump’s shakeup of the Pentagon leadership last week in which he installed loyalists who share his frustration with the continued troop presence in the war zones. … (An) official said military leaders were told over the (Nov. 13) weekend about the planned withdrawals and an executive order is in the works but has not yet been delivered to commanders. The official spoke on condition of anonymity to discuss internal deliberations. There are between 4,500-5,000 troops in Afghanistan now, and more than 3,000 in Iraq,” said AP. “Under the planned order, the troop cuts would be completed just five days before Biden takes office, leaving him with a smaller military footprint in the two key war zones.”

Mr. Trump’s new Pentagon chief, Christopher Miller, said, “we remain committed to finishing the war that Al-Qaida brought to our shores in 2001.” He also said, “This fight has been long, our sacrifices have been enormous. and many are weary of war—I’m one of them. … Ending wars requires compromise and partnership. We met the challenge; we gave it our all. Now, it’s time to come home,” reported AP.  “The accelerated withdrawal, however, goes against the longstanding advice from Trump’s military leadership.”

AP also interviewed sources who argued “a hasty withdrawal could undercut negotiations to finalize ongoing peace negotiations between the Taliban and representatives of Afghan society, including the current Afghan government. And they also warn that U.S. forces should remain in the country to keep Islamic State militants in check.”

Mr. Trump waffled back and forth on the election outcome, eventually backtracking from his apparent acknowledgement of Mr. Biden’s victory in the election. “I WON THE ELECTION!” Mr. Trump tweeted shortly before midnight Nov. 15, repeating his lie of victory.   A few hours earlier, he had tweeted, “Why does the Fake News Media continuously assume that Joe Biden will ascend to the Presidency.”

Meanwhile, on Nov. 14, Mr. Trump’s followers—including the neo-fascist Proud Boys and Marjorie Taylor Greene, a racist QAnon believer newly elected to the House of Representatives from Georgia—congregated in Washington, D.C., to claim that Mr. Trump won the 2020 election, and that reports of the Democratic victory represented bogus ballots despite that Trump administration Department of Homeland Security officials reported that the election was “the most secure in American history.”

Some observers insist that Mr. Trump’s defiance is a scheme to raise money to fund his future activities, after he’s out of office. The Trump campaign has been urging supporters to make donations to the president’s election integrity defense, to ensure he has the “resources” he needs to keep the election from being “stolen.”

The Trump campaign has been unrelenting in recent days with one all-caps, bold font, exclamation-point-ridden fundraising appeals: “THE DEMOCRATS WANT TO STEAL THIS ELECTION!” “We can’t allow the Left-wing MOB to undermine our election.”

In reality, there is no election defense fund; the donations are siphoned into a mix of various committees, according to Talking Points Memo. Some of the donated money was being used to pay down the Trump campaign’s debt. But eventually, the formula was changed to funnel most of the money into Mr. Trump’s new leadership PAC (Political Action Committee) called Save America.

“Donors who are giving in response to this urgent fundraising message to help defend the integrity of our election are actually helping fund Trump’s post-presidential political vehicle,” Brendan Fischer, director of federal reform at the Campaign Legal Center, told TPM. In the fine print of the fundraising blasts, it lays out that 60 percent of the contributions will first go to the new PAC, up to the maximum contribution of $5,000. “Not a penny is dedicated to a legal expense account unless donors have maxed out their contributions to the first two committees,” said Paul Ryan, vice president of policy and litigation at Common Cause.

Meanwhile, Mr. Trump appears to have lost whatever interest he might have had in actually governing. As the country reels from the coronavirus surge that has now infected more than 11 million, killed more than 244,000, and crippled the economy, he is apparently focused exclusively on the election he lost.

The president has not attended coronavirus task force meetings in several months, although he did have a press briefing with no questions, in order to announce a successful test of a coronavirus vaccine. He rarely reads the daily reports on the virus, and is no longer briefed about the crisis by doctors according to White House sources. He has apparently decided to let the virus run its course—so called “herd immunity” which means the virus will dissipate when there are no more people to infect.

“The duty of a president is to protect the national security of the United States, and this is the most prominent disease of mass destruction America’s ever faced, and we have a commander in chief who has run away from the problem and has made it worse,” Jack Chow, a U.S. health official under President George W. Bush, told the Washington Post. “We had an opportunity twice over the past eight months to bring it down to safer levels, and we failed. We are on the verge of losing control of this pandemic.”

Mr. Trump’s post-election attitude seems to resemble that of Senate Majority Leader Mitch McConnell (R-Ky.) who has steadfastly refused to take up any legislation from the Democratic-led House of Representatives, including a Covid-19 relief package to address the coronavirus-recession. Instead, Mr. McConnell has focused on packing the courts with conservative judges.