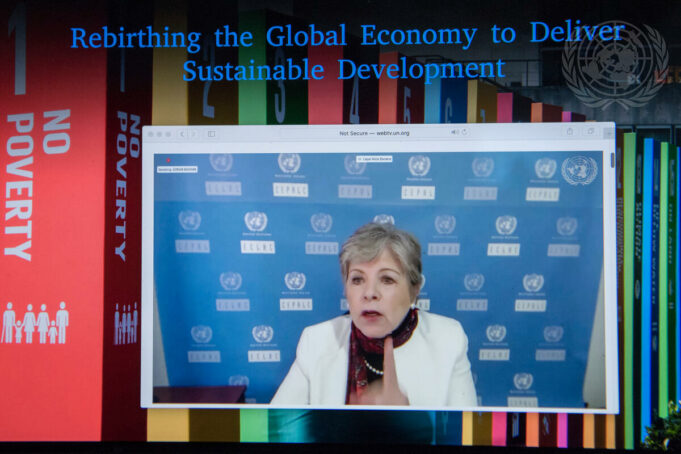 The labor market in Latin America and the Caribbean faces a slow recovery after the Covid-19 pandemic, highlighting the need for “active macro policies” and other measures to promote sustainable development alongside getting people back into the workforce.

That is the main finding of a joint report published on Nov. 10 by the UN’s Economic Commission for the region, ECLAC, and the International Labor Organization (ILO).

It was presented simultaneously in the capitals of Santiago, Chile, and Lima, Peru, via a joint virtual press conference led by Alicia Bárcena, the ECLAC executive secretary, and Vinícius Pinheiro, ILO’s regional director.

“In terms of employment, the health crisis affected vulnerable groups above all, deepening inequality in the labor market. Women have been most affected by job losses and the decline in labor market participation. A strategic view must link sustainable development with job creation,” they said.

Covid-19 has dealt “an unprecedented blow” to economies and labor markets in Latin America and the Caribbean, leading to the biggest contraction in the region in the last 100 years.

The greatest effects were felt in the second quarter of this year, when an estimated 47 million jobs were lost, compared with 2019.

Many people who found themselves without a job were unable to swiftly re-enter the workforce, or withdrew entirely, impeded by mobility restrictions which prevented them from seeking employment.

Women, young people and migrants are among those who have been heavily impacted, and the report also looks at how the crisis has affected employment for people 15 to 24 years old.

The pandemic has had a greater impact on youth, partly because there are fewer entry-level vacancies around, fewer temporary contract renewals and fewer hires following probationary periods, the report reveals.

Furthermore, the lower likelihood of finding a job has discouraged young people from seeking employment, leading to a rising number who are neither looking for work nor studying.

“These long periods of inactivity have lasting effects on their career path: more informality and greater labor market exclusion in the future,” the report cautions.

The two UN organizations have called for promoting young people’s integration into the labour market by combining classroom training followed by internships.

Monetary subsidies would ensure attendance and participation, and employment services would support their re-entry into the workforce.

Young people who have been made jobless could also benefit from vocational training, which would facilitate re-skilling or re-training. Meanwhile, “digital technologies must be harnessed to enhance learning capacity and thereby close the digital gaps between them.”

The report warns that based on the average economic growth rate over the past decade, returning to pre-crisis economic activity levels will take several years, which will translate into a protracted jobs recovery.

These in turn must be accompanied by industrial and technological policies, they added, geared at building production capacity and increasing competitiveness, along with financing for small business and medium-sized enterprises. (UN News)