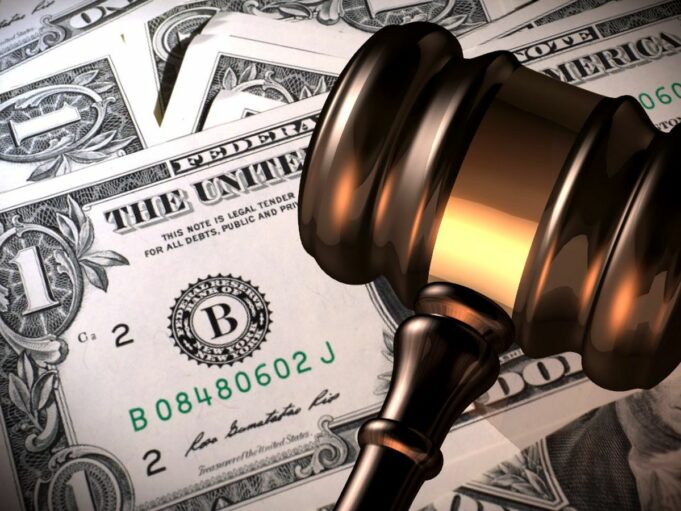 In a pair of wins for workers, residents across the state of Florida and in Portland, Maine, voted for ballot measures to establish a $15 minimum hourly wage, more than double the $7.25 required at the federal level.

Welcoming the news out of the Sunshine State, Service Employee International Union (SEIU) president Mary Kay Henry said in a statement that “cooks and cashiers, airport workers, nursing home workers, higher- ed workers, and janitors across the state of Florida demonstrated their power this election, turning cheers for essential workers into a historic raise for nearly 2.5 million Floridians.”

“When working people come together, they can affect real change everywhere all across our country,” she continued. “To corporations like McDonald’s that have fought tooth and nail to silence workers: we are done with people at the top making decisions about us, without us. No matter where we live, we won’t stop fighting until all workers are paid $15/hr. and have a voice on the job.”

Florida’s minimum wage measure secured support from nearly two-thirds of voters, passing 61 percent to 39 percent, according to the New York Times. The now-approved Amendment 2 will gradually increase the state’s minimum hourly wage from its current rate of $8.56 to $15 in September 2026.

The amendment’s approval was celebrated by workers and labor rights advocates within and beyond the state, with the Florida AFL-CIO declaring, “This is a huge win for the working people of the Sunshine State!”

“Oh my gosh … that will be a big change for me,” Lakeland, Florida resident Faith Booker told the Associated Press Nov. 3 of the wage boost. “Sometimes I’m just short and have to pick and choose which bills to pay.”

Booker, a mother of five, says the increase means she won’t have to work two jobs to support her family. According to the AP,  she currently works as a cashier at McDonald’s and Burger King, earning $9.70 and $8.56 an hour, respectively.

Ballot measures have become a tool for voters in conservative-leaning, as well as “purple” states where legislatures have declined or been unwilling to pass minimum wage increases to effect the change themselves, said Tsedeye Gebreselassie, a minimum wage expert at the National Employment Law Project. These states include Arizona, Missouri, Montana, Colorado, and Ohio, she said.

“Often times this has happened in states where legislatures are not friendly to it but it’s very clear that [a] majority of electorate supports it,” she said.

While welcoming the outcome in Florida, some progressives noted the contrast between support for the amendment and support for President Donald Trump, who was declared the winner of the state’s 29 electoral votes by securing 51.2 percent of the vote compared with Democrat Joe Biden’s 47.8 percent, according to the Times.

That a $15 minimum wage won in the state but Biden—who supports the policy—did not “should be a big wake-up call” and “ought to provoke some major soul-searching in the Democratic Party,” said political observers.

Others pointed to the Florida victory for labor rights as evidence that Americans—even some who cast ballots for Trump, perhaps buying into his attempts to appeal to working-class voters in spite of his extensive anti-worker track record—want a progressive agenda.

Meanwhile, in Maine—where Biden secured three of the state’s four electoral votes but Republican Sen. Susan Collins also held onto her seat—Portland’s minimum wage measure passed as part of a slate of five progressive proposals put on the ballot by People First Portland, a political action committee formed by the Southern Maine Democratic Socialists of America.

Four of those initiatives—the wage one plus a stronger ban on facial surveillance technology, a Green New Deal for Portland, and rent control—were approved by voters, along with an unrelated referendum to get rid of a limit on local marijuana stores.

The Portland Press Herald called the results “a forceful rebuke of the city’s political establishment,” pointing out that the People First Portland initiatives—including the unsuccessful one that would have further restricted short-term rentals—“were opposed by Mayor Kate Snyder, seven city councilors, local businesses, and affordable housing developers.”

Unlike a 2015 minimum wage measure that failed in the city, this one “includes a provision that requires businesses to pay time and a half during a declared emergency,” the newspaper noted. “That will give Portland the highest minimum wage in the country next month—$18 an hour—assuming city and state emergency declarations stemming from the coronavirus pandemic are still in effect.”