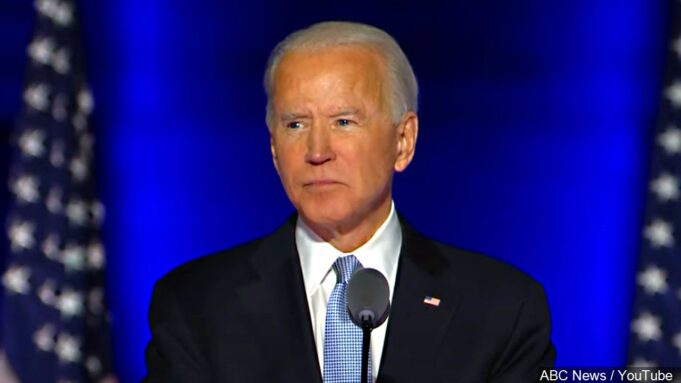 WASHINGTON—Donald J. Trump has been all but defeated by Joe Biden in his bid for a second term. But encouraged by his acolytes in Congress, Mr. Trump has launched a series of measures to stop the official certification of Mr. Biden’s victory, while at the same time publicly undermining confidence in the electoral outcome.

Mr. Biden won the largest number of votes ever in a presidential election—more than 76 million—but with his 71 million plus votes, Mr. Trump, the loser, also surpassed the previous record of more than 68 million when Barack Obama was victorious in 2008.

Refusing to accept the outcome, Mr. Trump is continuing to hold campaign-style rallies around the country, in addition to filing more than a dozen—mostly baseless lawsuits—denouncing the vote tally in the battleground states of Pennsylvania and Michigan which he lost. For the first time in U.S. history a losing incumbent president is refusing to concede the election, literally blocking the transition to a new administration.

Now openly in the name of  his White “tribal” agenda, Mr. Trump is so far refusing to give up power.

“I wouldn’t be shocked if there’s no concession speech at all,” Michael Cohen, Mr. Trump’s former personal attorney and “fixer” told MSNBC’s Alex Witt Nov. 8. “My theory is that Christmastime he heads to Mar-a-Lago and I don’t believe he comes back to Washington. I think he stays at Mar-a-Lago all the way through the inauguration. As a result, Trump will fight the election’s results, even after leaving office, to damage the new administration.”

Several prominent Republicans have urged him to continue challenging the results. “The media can project an election winner, but they don’t get to decide if claims of broken election laws & irregularities are true,” Senator Marco Rubio (R-Fla.) tweeted. “That’s decided by the courts, and on the basis of clear evidence and the law.” Despite numerous GOP claims, there has been no evidence presented in any court of voter fraud.

Mr. Trump’s oldest son urged even more contentious behavior. Donald Trump Jr. posted a tweet Nov. 5, demanding that his father “go to total war over this election to expose all of the fraud, cheating, dead/no longer in state voters, that has been going on for far too long.” Like many of the tweets being posted by the president and brother Eric Trump recently, Twitter immediately tagged Donald Jr.’s post as potentially misleading.

Only two Republican senators—Mitt Romney of  Utah and Lisa Murkowski of Alaska—had acknowledged Mr. Biden’s victory at Final Call presstime. “At some point, truth, freedom and democracy have to ascend,” Mr. Romney said, “and you step aside.”

Former President George W. Bush congratulated Mr. Biden, writing: “Though we have political differences, I know Joe Biden to be a good man who has won his opportunity to lead and unify our country.”

“What was true before last week is true after last week,” Dr. Greg Carr, associate professor of Africana Studies and chair of that department at Howard University said. “(The) majority of White voters continue to support White nationalism on (the) federal level. Mass commercial media continues to gaslight viewers that America is a country that must ‘come together.’ That coming together, under a Biden administration, will also be in the name of ‘White supremacy,’ ” said Prof. Carr and several other progressive observers.

“Settler colonialism and White nationalism have been global cancers since the boats left western Eurasia,” Dr. Carr continued. “They’re not going to ‘concede,’ and there is no ‘bringing together’ with hatred. The only thing to be determined is how long before the U.S. settler state is reconfigured.”

But even with the prospect of Mr. Trump’s defeat, Black people are being told by the “centrist” Democratic Party leadership to put their aspirations on hold. “Notice how it’s Black & brown people catching it on all sides from White people right now who are making the same basic argument that we need to focus on white ppl, whether it’s considering the feelings of  Trump supporters, making appeals to white voters or ‘moving to the center,’ ” activist Bree Newsome Bass said via Twitter.

Progressives, who believe they out-produced the more moderate Democrats in turning out grassroots voters, are insisting: “Let’s find a way to build an alliance to defeat Trump & preserve the U.S. system of governance,” she said. But they are being told by the Democratic Party leadership: “No thanks, we’re gonna reach out to the side that doesn’t recognize the election results & threatens to blow up ballot counting centers,” this in the name of “Bipartisanship.”

Their motive is clear Ms. Bass insisted. “We’re not uniting the working class when the majority of the working class is nonwhite & folks are saying we need to make more appeals to White people who vote for a blatant white nationalist b/c they resent the idea of racial equality.”

Indeed, Republicans, are 40 percent of the voting population. A larger number of Whites embraced the Trump White tribal doctrine in 2020 than in 2016 because that’s the kind of America they believe in, according to Neil Buchanan, a professor of law at the University of Florida’s Levin School of Law.

Support for Mr. Trump is not because they’re happy to see the record numbers of young, conservative judges receiving lifetime appointments as federal judges, or because of the GOP’s tax cuts for the rich—which Prof. Buchanan calls “the slime-for-judges theory,” he told this writer in an interview for Washington radio station WPFW’s program “Monday Morning QB.”

“That theory is wrong. The evidence instead leaves only one possible conclusion. Republicans simply like what Trump is, what he does, and the depths of bigoted authoritarianism to which he would take this country. Moreover, they never cared about the other stuff. They are not tolerating a repellent quid in order to get a delightful quo. It is win-win for them all the way down.” They voted to maintain White supremacy.

“Millions of White people proved that their allegiance is to their whiteness, and not this country … without our [Black ppl] politics America wouldn’t be anywhere close to what it portrays itself to be,” activist Jameelah Nasheed, an editor at Teen Vogue said via social media.

“It’s essentially just raw power,” the Rev. William Barber, convener of the Poor People’s Campaign-Repairers of the Breech told this writer. “They just showed you who they are, you know, believe them the first time. And what I’m saying is with Trump, you don’t even need to believe in the first time, you know, you don’t need to believe him the 10th time, he just keeps reminding you. So even if you miss the first hundred signals you know, it keeps coming right back to you.

After the election outcome is settled, the Rev. Barber continued, “people are still going to be dying like they were before. Seven-hundred people dying a day from poverty, 1,000 people dying a day from Covid. People dying from the lack of health care. We plan to challenge what we call ‘necropolitics,’ the politics of death that is too rampant. If it’s Trump still in office and (Sen. Mitch) McConnell (R-Ky.), we’re going to fight them. If it’s Biden and Harris, we’re going to push them.”

The first test for Black grassroots organizers will come on Jan. 5, when Georgia will hold two runoff elections for Senate seats. If Democrats win both races it will result in a 50-50 split in the Senate and a Vice President Kamala Harris would be the tie-breaker. Led by former Georgia gubernatorial candidate Stacey Abrams, Black activists in the Peach State are focused.

“We’re going to knock on a million doors,” Nse Ufot, executive director of the New Georgia Project, founded by Ms. Abrams, told this writer Nov. 9. “Listen. Today there is a joint high school graduation (with) 900 graduating seniors. They were celebrating and we plan to register them all to vote. So, the voter registration deadline is Dec. 7, early voting starts Dec. 14,” and their movement plans to be active.

“We plan to make sure that particularly Black voters in Georgia know that they have all of the information that they need in order to make decisions for themselves and for their families. We are going to be there to make sure that we shed a light, and inject transparency into the elections process.

“Georgia has a long and a recent history of voter suppression, and we’re going to do everything that we can and make sure that, the voices of Black voters are going to be weighing in,” Ms. Ufot continued.