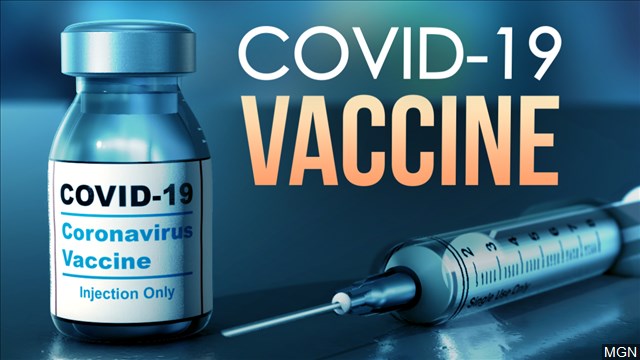 D.C. legislation would permit children as young as 11 to be vaccinated without parental consent

The District of Columbia city council is working to pass legislation allowing children to get vaccinated without parental consent, as U.S. health officials, some Black doctors, scientists, and leaders labor to build trust in Black and Indigenous communities disproportionately impacted by Covid-19.

These vulnerable communities seeking solutions are skeptical about participating in coronavirus clinical trials and taking a potential vaccine due to a history of medical mistreatment and abuse.

D.C. Councilmember Mary Cheh introduced the Minor Consent for Vaccinations Amendment Act last March to permit a minor of any age to consent to receive a vaccine.

The legislation passed 12 to 1 on Oct. 20, limiting consent to 11 year olds. It is scheduled for another vote on November 10 and if passed heads to Mayor Muriel Bowser for approval.

“This bill is pure totalitarianism. This is an extreme and complete means of exercising the highest degree of control over human life. Those who sponsored it, those who voted in favor of it, are open enemies of the people of this country, especially the Black people of Washington, D.C., ” stated Nation of Islam Minister Ava Muhammad, national spokesperson for the Honorable Minister Louis Farrakhan.

She said the nation’s capital was and continues to be a plantation, and she would go so far as to say this legislation violates the 13th Amendment of the U.S. Constitution.

“Parental rights are no different now than when the plantation owners could snatch our babies out of our arms and sell them at will.  There should be a massive counterattack to such a horrifying, criminal action. This is what the Honorable Minister Louis Farrakhan referred to as a ‘declaration of war on all of us,’” continued Min. Ava Muhammad, an attorney.

During his major July 4, 2020 address “The Criterion,” delivered from his home in Michigan, Min. Farrakhan also called for ending the embargo against Cuba to access treatments and approaches that could save lives, examining potential treatments and cures other nations are researching and convening Black health professionals to discuss and examine how to protect Black people from possible harm resulting from the Covid-19 pandemic.

According to the Washington Post, under the legislation, if a doctor determines that a minor is capable of informed consent, they would be able to seek government-recommended vaccinations their parents object to on religious grounds. “They also could get vaccinated against the human papillomavirus—which is recommended for older children but opposed by some parents because the virus is sexually transmitted and they object to their teenagers having sex,” the newspaper reported. The idea for the legislation was born out of measles outbreaks in the U.S. in 2019 but Councilmember Vincent C. Gray, “who shepherded it to passage as chair of the health committee, said the hope of an imminent corona­virus vaccine gave the bill new urgency,” reported the Washington Post.

Councilmember White reevaluated his support for the legislation and voted against it, citing parents’ fundamental right to direct their children’s upbringing, education, and care. He further said, he’s not convinced the legislation meets the Supreme Court’s high standards protecting parents from government infringement on their rights.

“I’m a parent, and hearing from other parents, it’s hard to imagine a child as young as 11 years old—I have a 12 year old—making decisions regarding vaccinations that could impact them for years to come. And even if a child is capable of meeting the requirements for informed consent, standards of the legislation, the scientific evidence that the physical, mental, and emotional development of a child that young, including a pre-adolescence varies, and is often not sufficient enough for a child to make well-reasoned decisions about risks taken involving their health and well-being,” stated Councilmember White during the Oct. 20 hearing.

“Additionally, this legislation does not equally permit the child to use the same applications in competence for risks and benefits to refuse a vaccination that their parents have previously chosen for their child to receive. But consenting to a vaccine and consent for a child alone is to acknowledge they have abdicated their constitutional right to a trial by jury should they become injured is a highly questionable occurrence that may lead to profound legal effects as a result of them consenting to this, vaccinations,” he argued.

Further, he said, “medical practitioners, schools and others should not be permitted to coerce impressionable minors into medical procedures that is capable of causing injury or death behind their parents back. Unlike medical, school and other personnel administering vaccines, it’s parents who are legally accountable for the health care and education of a minor child when that child is experiencing a vaccine reaction or becomes chronically ill or disabled.”

Councilmember White said the U.S. Federal Vaccine Injury Compensation Program has awarded more than $4 billion to vaccine victims since 1988 and two of three vaccine injured plaintiffs are turned away without financial recourse.

“I was in such shock,” said Holly Muhammad, Ward 8 Advisory Neighborhood Commissioner, who said she first learned about the bill in an Oct. 20 Washington Post article. “I literally started sending it out to my constituents, and no one knew about this, yet they claimed they had hearings,” she said.

“They are just so out of touch, the people who live here. It’s ridiculous … even if your child was in pre-K, they want the D.C. government to be able to determine whether or not your child gets vaccinated, but Vincent Gray pushed this bill through with the age limit of 11 years old,” she said. Another part that’s really mind blowing to Commissioner Muhammad is medical doctors would determine a child’s ability to consent, she said.

Additionally, doctors would send vaccination records directly to the child’s school, and receive payment directly from the child’s insurance company, bypassing parents altogether. Chicago-based epidemiologist Yaa Simpson said the real issue with the proposed legislation is the lack of trust in the parent/child relationship that has escalated to a point that the child wants to keep something from the parent.

The legislation comes amid a recent study estimating deaths from SARS-CoV-2 which causes coronavirus are “much lower” than initially believed, and warnings by researchers that some Covid-19 vaccines could increase the risk of HIV infection.

During an Oct. 7 hearing, Councilmember Che said “a rising number of individuals or families across the world choosing not to vaccinate their children” was a reason for introducing the bill.  She said those decisions are based on “widely disproven belief that vaccines may cause autism or other harmful health effects.”

However, Dr. William Thompson, a Centers for Disease Control and Rehabilitation whistleblower still employed by the agency, has charged the agency that employed him with dumping studies that show how vaccines containing mercury have had a disproportionate negative impact on Black males and increased cases of autism.

“It’s really deadly for those children.  I couldn’t even comprehend when I heard how that city council did that, which was literally to hold Zoom calls, go behind the back, have four people, not a full conference, or legislator vote or city council vote. They just under the table and behind the scenes, unilaterally, just a few people really secretly and deceptively, put that forward,” said Judy A. Mikovits, Ph.D. regarding the Health Committee’s additional meeting on Oct. 7.

Some 9-11 years olds in the D.C. area schools are already vaccine injured and performing at third rather than fifth grade levels, said Dr. Mikovits “That a nine year old can actually understand what’s being said, what they’re doing and what’s being injected to them is really criminal,” she told The Final Call.

Student Minister Khadir Muhammad of Muhammad Mosque No. 4 in Washington, D.C., is organizing a coalition of leaders including pastors, community leaders and activists to block the legislation. “We’re saying all the councilmen and councilwomen that are voting for this should be removed from office, because they’re saying death to our children, to all children, if, they can actually take this vaccination on their own,” he stated.