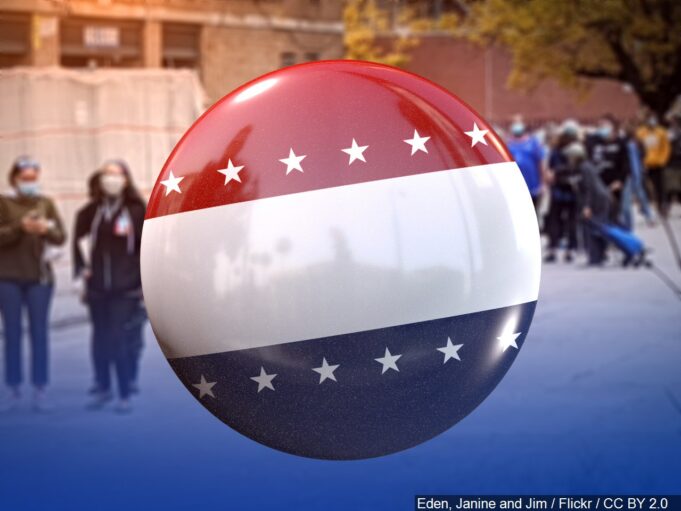 The National Election for 2020 is one of the most acrimonious and most important elections in recent years. Regardless of who wins the White House, it is our responsibility to take our future in our own hands and not have false hope in a White political saviour who will act in our best interests.

As the Honorable Elijah Muhammad warned, “We must remember that our vote is strong and powerful only when and where the White man can use it to get in the office over his White opponent. After the election and the victory there are very few favors that come from his office to the Black voters who helped and aided him in getting in the office. … The Black man should be very serious and careful about his voting because 90 percent of the Black votes cast are cast by ones who do not have the knowledge of what they are casting their vote for. I still say, as I have said for many years, vote for Allah (God) to be your ruler and come follow me.”

This election was a perfect example of the value of the Black vote as a tool for catapulting or denying a White man the ability to occupy the White House.

Our collective work, pooling of our economic resources and reforming our people must be at the center of our work and must never take a back seat. We are promised Divine Help, so teaches the Hon. Elijah Muhammad and the Honorable Minister Louis Farrakhan, when we turn to Almighty God Allah as the American political system continues to unravel and fail. America is under divine judgment for the evil done to Blacks she enslaved and Native Americans she decimated.

We must continue to work to stem the violence in our community, which brings so much pain and despair as our people struggle to eke out a living and the ugly mindset of self-hatred continues to plague us. As we make peace with one another, we increase the security in our neighborhoods and begin to lay a foundation for lessening tension and finding ways to resolve the personal and internal conflicts that we face. With a secure environment comes a greater possibility for progress and development tied to our sacrifice and proper partnerships and joint projects that empower our communities and don’t just suck the resources out of our communities.

We get over a trillion dollars out of this economy and have Black experts in every field of human endeavor who can help us work our way of the condition that over 400 years of oppression and a period of divinely ordained servitude have left us in. Black people in America fulfil the prophecy of Abraham’s Seed in the Bible that goes into bondage under a strange people in a strange land for 400 years. At the end of that time, beginning in 1555 according to Messenger/Messiah Muhammad, God Himself makes His appearance and judges the nation which has enslaved and oppressed His people.

While the Covid-19 pandemic has hit the economy of Black America and America herself, there is still enough spending power left to impact America. An anemic economy needs every dollar it can get and if Black economic withdrawal is used to punish America for her evils and failures toward us, such pain may help us to obtain some gain. And our commitment to spend some of what we have with one another will buttress Black businesses in a tough time and as they struggle for survival. So, our unity with one another and spending discipline becomes a vital tool to press for ongoing change.

Can politics help us? Yes. But the old, blind politics where we are driven to the polls every four years and encouraged to sleep or sleepwalk until we are needed won’t do. In 1995 and 1996, Min. Farrakhan called for a “Third Political Force.” Speaking in September 1996 at the National Convention of the Oppressed in St. Louis, Min. Farrakhan said, “We need a third political force in America, not a party, a third political force that cuts across all party lines.” “Democracy in America is dying,” he added. “Those who are leading the country … are leaders of a failed practice.”

While the country has seen an upsurge in voting this year and voting was up for 2018 mid-term congressional elections, overall America ranks somewhere near 122 globally when it comes to voter participation. While many were motivated to go to the polls because of their love or hatred for Donald Trump, the American electorate and Black voters and those eligible to vote are not happy. The dissatisfaction in Black America is an opportunity if properly harnessed and tied to an agenda for Black people regardless of what party is in power. Many are fed up with the outdated politics of yesterday of voting for the lesser of two evils and want to hold Mr. Biden accountable if he wins or confront and challenge Mr. Trump if he wins.

Why shouldn’t we engage in politics that rejects symbolism and photo-ops and connects our political activity at the national, state and local levels with our economic strength and our determination to extract everything we can from this system as we seek to exit from it? We still pay taxes. We still suffer from neglected communities. We still suffer from police abuses. We still face discrimination and opposition when we try to do for self, so why shouldn’t we fight using every tool that we have?

Politics, economics, unity and commitment to progress for the masses of our people is what we need. November 4, 2020 should signal the beginning of a day of reckoning, not the end of a contentious political season.