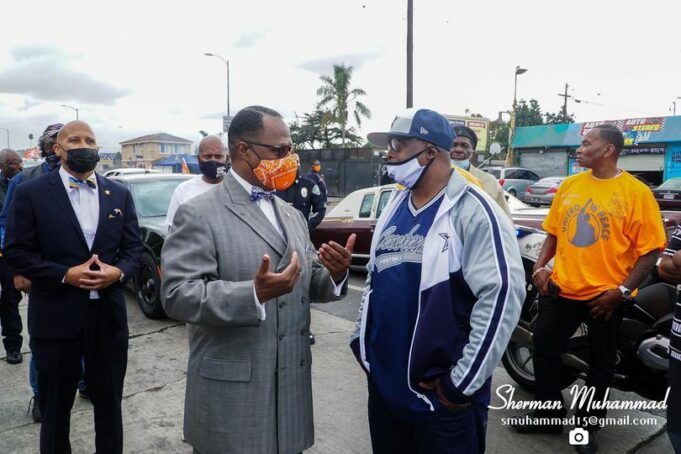 The spirit of healing and unity continued in Los Angeles during the ongoing #PeaceRidesLA. The October 25 gathering brought together activists, community members and supporters in the ongoing effort to promote peace in the streets among gangs and street organizations.

“We have not stopped in eight years, every month we are riding to show our love. And I want to thank the religious leaders because we too have made an agreement that we won’t do any religious gangbanging,” said Student Minister Abdul Malik Sayyid Muhammad, Western Region representative of the Nation of Islam. “I don’t care what you call your God by, I just want you to represent Him right. That’s it. You represent what you say you are right, and I represent what I say I am right … we should be at peace,” Student Min. Abdul Malik told those gathered.

The United in Peace Foundation’s Peace Rides brings together motorcyclists, low riders and others and is the result of a grassroots coalition of community groups and organizers.

“We ride so that those mothers that went through nine months of fainting and pain, they lose their children to gang violence or a car accident. We want them to know that your children did not die in vain, their energy is with us now. We ride in their name,” said Student Min. Abdul Malik.