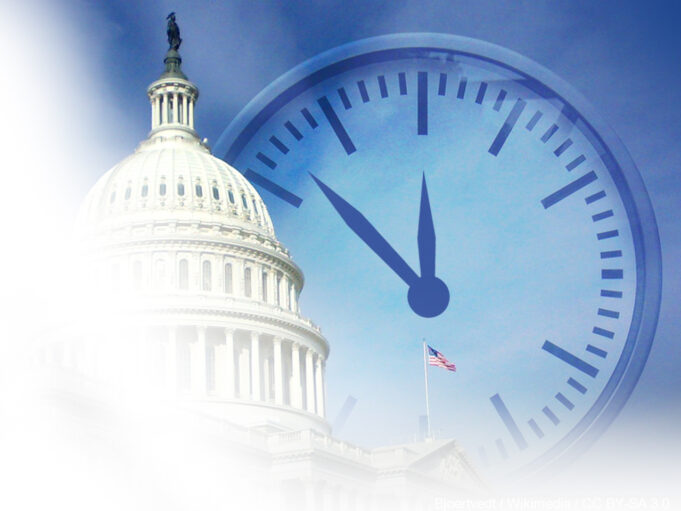 [Editor’s note: The following article contains excerpts from a message delivered by the Honorable Minister Louis Farrakhan on the 16th Anniversary of the Million Man March and Holy Day of Atonement commemoration held at the Philadelphia Convention Center in Philadelphia, Pennsylvania on October 9, 2011. Order this message in its entirety on MP3, DVD and CD through store. finalcall.com or call 1-866-602-1230, ext. 200.]

The Time for “marching” is over! We’ve done that, and we’ve accomplished a lot through “marches.” Through the Million Man March, we proved that we can rise above our differences because The Cause for which we were rising was greater than the things that divided us. So we came together to produce the Greatest Gathering ever to be seen in America—not by Black people, but by anybody!

Now what does that say? If we could rise above our differences to produce what never was seen before, and hasn’t been duplicated since, then what is our call today?

Without Mayor Marion Barry’s backing, the Million Man March would never have been. Mayor Barry proved that a good mayor in a city is absolutely necessary to open doors for others to walk through. He did not fear for his position; he opened the doors for us. And we were blessed to walk through those doors to create a spectacle that went around the world. I thank Allah for you, Mayor Barry. I thank Allah for Reverend Willie Wilson who represents “the clergy,” because the Million Man March could never have happened unless Christian pastors joined with us to make it happen. And we thank Allah for Bev Smith, and for Bob Johnson, of BET (Black Entertainment Television), for they represent “media cooperation.”

Now think about this: You need a “mayor,” so that means you need politicians. You have a “great pastor,” so we need our preachers and our spiritual leaders. We have Bev Smith, who represents “media”—we need our own media to back what we’re about to do.

We need courageous men, like the Reverend Dr. Ben Chavis. And we need support like we had from Fredericka Bey, and the women of New Jersey who had been organizing since the Million Man March. And where would we be in Philly without our dear brother Kenny Gamble, known to us as Brother Luqman, and his dear wife. Malik Zulu Shabazz and the New Black Panther Movement; Dr. Leonard Jeffries; Brother Abdul Malik; all of the ministers of the Nation of Islam; all of the wonderful sisters who supported us: Thank you all!

What is our Call today? It is for us to rise above the things that we differ about, because the future of our people depends upon our ability to mobilize for action to bring about the results that we’ve been begging others for, which will never come to us! We have got to do it ourselves!

And if we don’t have the mind and the spirit to bring ourselves out of the condition that we are in, then we deserve whatever chastisement Allah will bring upon us for our refusal to accept our responsibility.

The Time of America’s Autumn has begun

Why are we here? What has brought us to this great city at this great time in America and world history? Why is Philadelphia so significant? What is the significance of the “Church of Philadelphia” in the Book of Revelation? Here we are in the city where America was not only conceived, but the city where America came to birth: Philadelphia. It was in this great city that 56 White men—notice “men,” not “women”—from 12 of the 13 Original Colonies first gathered in 1774 to discuss their grave concerns during what is called the “First Continental Congress.”

Philadelphia is called “The Seat of Liberty”: It is where the Founding Fathers met to sign the Declaration of Independence and initiate their fight for liberty. It was the place where the United States Constitution was formed and originally signed into existence on September 17, 1787.

It’s not an accident that on September 17, 2011 that young White people started “Occupying Wall Street”; young White people are now marching in Philadelphia, in Boston, in San Francisco; joined by Black people, joined by Labor, joined by others. It’s not the “Arab Spring” (a term used to show similarities between uprisings in the Middle East and protests taking place in America now), it is the American Autumn that has just begun. And the beauty about “autumn” is the leaves that were once green start giving us different colors.

So it is when it’s a Time for Struggle, people show up in different colors. All of us are going to be tested in this “Autumn,” and we must be strong enough and resolute enough to meet The Challenge.

Whether you know it or not, we are at war. Our survival as a people is at stake. No weak-kneed, cowardly “leaders” need to stand in front of Black people today. This is a time for real men; men who understand that in order for people to be “free,” sacrifice has to be made. The loss of life has to take place. Blood must flow in order for people who are enslaved to be free.

The time for “talk” is over. So I think it is no accident that after all this time Philadelphia, which means the “City of Brotherly Love,” becomes that place again for us from which we can see the Coming into Existence of a New Nation.

Martin Luther King, may God be pleased with him, said in his famous “I Have A Dream” speech; he came to talk about a “bounced check.” I’m here to tell you: It’s bankrupt. So if you expect a check from America, you are going to be greatly disappointed. You better have another “bank” in mind other than the bank of the government of the United States of America. She’s bankrupt, and she’s living on borrowed time.

Our babies are dying, and so are we. And they’re dying because “leadership” is rotten to the core.

Establishing a Nation and Land upon which to build a Future

When these 56 White men came to this city to carve their future, they had many differences like we do. They had territorial squabbles over rights; they had squabbles over how these that were in these colonies should be represented in a federal structure; and how the rights of the states would be protected. They wrangled over all these things in this great city.

And they wrangled over how Blacks should be represented. And ultimately, they decided to count us as “three-fifths (3/5)” of themselves, so that our presence on the plantation as a slave would give White slave owners political leverage. So by counting us as “3/5 of a person,” this gave the South political domination over the Northern states for almost 100 years of America’s independence.

So here we are in a country that has elected its first Black president. But the masses of people—Black and White, Hispanic and others—are still not getting what the Constitution and the Bill of Rights formulated in this city was to be a guarantor over. If we really read the Constitution, the Bill of Rights and its Amendments: The Constitution is now being scrapped in the name of “political expediency.” The rights intended for the people who are called “Americans” are being trampled upon at this very moment.

That’s why we’re here in Philadelphia: Not to “march.” We’re here to unite for the purpose of building a future for our people, and for those whom this society has not prepared a future for. You know, there’s a New Nation coming into being and the Door of that Nation is like the “New Jerusalem.” Jerusalem had 12 Gates to The City—“12”, it’s a great number. And like Moses when he struck the rock, and there were 12 Springs coming forth out of the rock; and every one of the Members of the Children of Israel knew their drinking place. …

Well, the people will drink. We’re going to smite this “rock,” which is a hard-hearted people and a recalcitrant government. Yet, with The Rod of God, out of a rock will come Water and Life for us if we are willing not to be a “free slave” anymore: a Cadillac-driving, Audi-driving, BMW-driving, Mercedes Benz-driving, bling-bling-wearing, house-in-the-suburbs-living slave. What can you pass on to your children? That dilapidated house that you live in? That car that you drive—and the notes that you’re still paying?

What will we leave for our children if we don’t leave them a Nation and Land upon which to build a future for ourselves and our people?

From this city 200,000 men came to Washington for the Million Man March—from this city came men who had strong differences of opinion, from every walk of life, from every denomination of religion, from every fraternal group, from every different political persuasion; even different sexual orientation. But something was bigger than “our differences.” It was the hurt and the pain of Black men and women, and boys and girls. And we men wanted to come together to atone for our failure as men.

God did not make a “man” that we should not be responsible for our women and our children and yet want to be respected as a man, and treated as an equal, when we have not done anything to deserve equal treatment. This is straight talk: How in the hell can you be “the equal” and you won’t send your children anything? You run from woman to woman making baby after baby, and looking for the government to support your sex drive? Is this what we have become?

In their short-sighted vision they never could see that America was going to house all of the peoples of our planet. They didn’t see it. They didn’t think that one day Chinese would be here; Japanese, Koreans, Mexicans, Puerto Ricans; people from Guatemala, Costa Rica, the Dominican Republic, Haiti, Barbados, Jamaica. … People from all over Africa, people from Asia, living all in America. So when we look back at the Constitution, we want to know, today: Do you really mean that we are “citizens,” or is that a trick? Because if we are citizens, then our rights should be protected by the Constitution.

But not only are our rights not protected, White children are marching because they’ve lost their rights as well.

“So Farrakhan, do you think that this little rebel group that’s with you is qualified to be The Cornerstone of a Brand New Nation?”

If we are guided by Allah (God), then there is nothing that we cannot do. We are more than qualified to erect a New Nation on the foundation of the old.

I’m talking about this “Constitution,” because we have been playing at “freedom.” However, the men that met here: After they wrangled and put this thing together, they had to challenge the tyranny of the King of England.

My question to us is: After we leave here, are we willing to stay in the condition that we’re in, or should we challenge The Forces that oppress us? Whether they’re from within ourselves, or from outside of ourselves, the Forces that hold us down must be challenged. And that is why Brother Luqman (Kenny Gamble) said, when he opened and closed: “No excuses.”