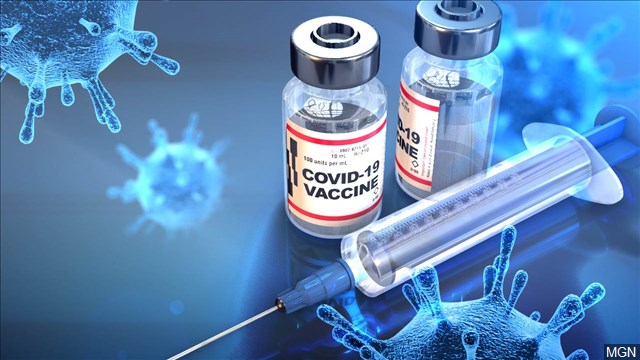 The U.S. Food and Drug Administration (FDA) is bending over backwards, taking unprecedented steps to try to assure the American public transparency and safety are its top priorities in the race to develop a coronavirus vaccine. But recent polls show peoples’ skepticism is growing as some vaccine studies progress.

During the final 2020 presidential debate, President Donald Trump reiterated his anticipation of a vaccine by year’s end, saying even “in a few weeks,” but made no guarantees. Former Vice President Joe Biden called for total transparency and review by worldwide scientists, saying there’s no prospect that a vaccine is going to be available for the majority of Americans before the middle of next year. Whatever the case may be, public fears on the safety and efficacy of a Covid-19 vaccine remain.

“Whichever party wins the presidential election will control the messaging regarding the vaccine, but they both have the same objective and that is to get a vaccine to market as quickly as possible. Both are controlled by the largest lobby in this country: the pharmaceutical industry,” said Nation of Islam Student Minister Ava Muhammad, national spokesperson to the Honorable Minister Louis Farrakhan.

“As has been the case throughout our history in this country, our condition does not change regardless of who is in the White House. We live in a country founded on a doctrine of White Supremacy. There is a distinction without a difference between the two major candidates,” she continued.

A recent FDA podcast held an open, public, virtual hearing on development, authorization, and/or licensure of vaccines indicated to prevent Covid-19. The day-long session sought expert opinions on whether the FDA’s guidelines regarding safety and efficacy are balanced, and to increase public confidence in taking the vaccine.

In addition, the FDA issued a consumer update, describing how it relies on many advisory committees to “help it make sound decisions based on the best science available.”

During public comment, drug safety advocate Kim Witczak, detailed her concerns about problems with public trust, safety, and the impact of a rushed vaccine. She became an advocate after her husband Woody died due to an undisclosed side effect of an anti-depressant drug.

“Through the help of media, government officials and important public health organizations, the perception is that vaccines are key to getting our lives back to normal. The perception is that this vaccine will help keep people from getting very sick and dying, while preventing infection and disease transmission. However, the reality is the trials were not designed to test whether the vaccine reduces the risk of severe Covid-19 or reduces the risk of hospitalization, ICU or the spread of the virus, nor does it include some of the most at risk like the elderly, immune-compromised and other co-morbidities,” stated Ms. Witczak.

On Oct. 21, top health officials with the Centers for Disease Control and Rehabilitation and the U.S. Department of Health and Human Services also provided an update on vaccine development, and said it is reasonable to expect one or two will be available by the end of the calendar year. Operation Warp Speed is not waiting until all of the reviews or studies are complete before it starts the production process, according to Dr. Jay Butler, CDC Deputy Director for Infectious Diseases.

In mid-October the AstraZeneca vaccine trial remained on hold in the U.S. due to possible serious adverse events. Experts are still evaluating whether the problems were linked to the vaccine, said HHS Secretary Alex Azar. In addition, one antibody trial by Eli Lilly and a clinical trial by Johnson & Johnson are still on pause effective Oct. 12 due to safety concerns.

A 28-year participant in AstraZeneca’s and Oxford University’s clinical trial in Brazil reportedly died due to Covid-19 complications, but he was reportedly given a placebo or a fake, not the actual vaccine, so the trial continued.  Sec. Azar said that proves the system is working and should assure the American people that when a vaccine comes out it meets the FDA’s scientific, regulatory, legal and ethical standards. Not so fast, argue critics.

“When it comes to vaccines, serious illness and death are occupational hazards for clinical trial participants. This is why Black people should not participate in them. The giant pharmaceutical companies can continue on after people become sick or die because they have little or no legal liability for these outcomes,” said Student Min. Ava Muhammad, also an attorney.

Congress established the National Childhood Vaccine Injury Act in 1986, which created the National Vaccine Injury Compensation Program. The special no-fault program protects vaccine manufacturers from being sued for injuries or in wrongful death claims but allows compensation for designated side effects. One must also be able to prove the injury occurred immediately after the vaccine was given, detailed vaccine injury lawyers.

“The power in the people is to refuse to participate in these trials and then refuse to be vaccinated by whatever is approved by their governments.  It is unfortunate that so many of our Black medical and health professionals have complete faith in the FDA.  Those who encourage our people to take part in these trials claim that money and politics will not interfere with development of a safe vaccine,” argued Student Min. Muhammad.

“The FDA has been bought by corporate money like the rest of the U.S. government. The money is simply funneled through nonprofit foundations which are funded by private interests. For example, the Reagan-Udall Foundation, which was created by Congress in 2007, is a nonprofit foundation that funds FDA interest,” she stated.

“The Reagan-Udall Foundation in turn receives huge donations from none other than the Bill & Melinda Gates Foundation. Its chairperson is also on the Board of the Parker Institute which is partnered with INOVIO, a Gates-funded company, that is working on a Covid-19 vaccine.  In addition to that, the FDA charges ‘user fees’ for companies to get a faster process for new drugs,” Student Min. Muhammad continued.

INOVIO Pharmaceuticals, Inc., announced in March that it received a $5 million grant from the Gates Foundation to accelerate the testing and scale up of a proprietary smart device for administering a DNA vaccine (INO-4800) for Covid-19.

“This is a circular, capitalist economy where the rich get richer and more powerful with each succeeding generation.  So contrary to the expressed opinion that Black people have more ‘authority’ than we did ‘during the Tuskegee Experiment,’ the fact is, we are in the same position we have always been in. This is why we must have an independent nation of our own,” stated Min. Muhammad.

Minister Farrakhan in his global message, “The Criterion” delivered July 4 warned Black people and others against blindly taking a vaccine for Covid-19. He warned Africa to be careful if a vaccine is offered based on the history and record of medical misdeeds and experimentation on Black, Brown, Native and poor people.

“Don’t let them vaccinate you with their history of treachery through vaccines, through medication. Are you listening? I say to the African presidents, do not take their medications. I say to those of us in America, we need to call a meeting of our skilled virologists, epidemiologists, students of biology and chemistry and we need to look at not only what they give us, we need to give ourselves something better,” Min. Farrakhan cautioned.

“My teacher told me, don’t speak to some, speak to the whole. I’m speaking for Black America, for Hispanic America, for the Native American and for those who are desirous of life. They’re making money now plotting to give seven billion five hundred million people a vaccination,” he added. The Minister also spoke of therapies and treatments other countries are utilizing that need to be looked into and explored to combat Covid-19 like what is happening in Cuba.

Moderna boasts diversity in its phase 3 enrollment of 30,000 vaccine trial participants needed for its late-stage trial. The company says that puts it one step closer to a Covid-19 vaccine, but Moderna CEO Stéphane Bance has said it won’t be ready to file for emergency use authorization until late November.

After having to slow its trial in September due to a lack of diversity, Moderna reported its investigators managed to recruit 11,000 people from communities of color. The numbers of so-called minorities recruited appeared enough to resume its study but the numbers suggests its nothing to brag about.

Study participants by race and ethnicity are 63 percent White, 20 percent Hispanic or Latino, 10 percent Black, four percent Asian, and three percent for “all others,” according to an interim data snapshot dated Oct. 21.

The share of Americans who say they are likely to get a Covid-19 vaccine as soon as it’s available is dropping—and the decline is notably more pronounced among Blacks than Whites, reports STAT News.

Its latest survey in conjunction with The Harris Poll indicates that overall, 58 percent of the U.S. public said they would get vaccinated as soon as a vaccine was available when asked in early October, down considerably from 69 percent who said the same thing in mid-August.

That change suggests growing concern that the regulatory approval process for a Covid-19 vaccine has been politicized by the Trump administration in the run-up to the presidential election, STAT News continues. The survey found that 59 percent of Whites indicated they would get vaccinated as soon as one is ready, compared to 70 percent in mid-August.  Forty-three percent of Blacks said they would get a vaccine, down from 65 percent in mid-August, according to the online poll which questioned 2,050 people from Oct. 7-10.

A Gallup poll found those in the U.S. willing to get an FDA-backed vaccine has dropped 11 percentage points, falling to 50 percent in late September. This sharp decline comes after the percentage dwindled from 66 percent in July to 61 percent in August, Gallup reports.

“I think it defaults to who’s defining safety, and do you trust the evidence, and those who are certifying and verifying that it’s safe for you to take, and that becomes your decision,” stated Dr. Iva Carruthers, co-chair of the Bioethics Commission, formed by the Samuel DeWitt Proctor Conference and its convening partners, the National Center of Bioethics at Tuskegee University, the William Monroe Trotter Justice Collaborative, Harvard University, and the Democracy Collaborative.

Some parents, she pointed out, don’t get their children vaccinated for schools and some opt to send them to private schools or homeschool as a result. Also, many people, at certain points, would not take the flu shot as a vaccine, she said, but those become personal decisions between a person, family and those they trust, whether it’s their physician or whomever gives them the confidence that they can trust the medical recommendations, she continued.

“I just hope that we remain vigilant and we understand the extent to which the confusion fuels misinformation in ways that do not serve any of us, in terms of us, meaning people of African descent and Black people in this country and around the world, other people of color, as well as people who are trying to just live out their life in justice and peace and go to work and take care of their families,” said Dr. Carruthers.

“We’re all victims of the potential of this virus to do us harm,” she said.