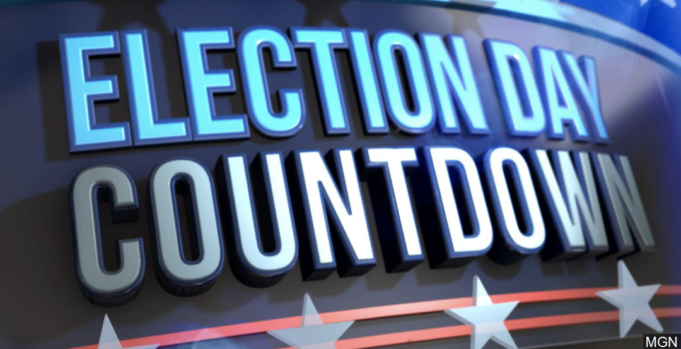 WASHINGTON—As the vote casting phase of the 2020 election cycle concludes, for the Trump administration, there’s some good news and there’s some bad news.

The good news is that thanks to packing the courts, from trial judges, to the appeals courts, and with three justices confirmed to the Supreme Court, President Donald Trump’s conservative policies will prevail for the next generation, even as Republicans continue to win far fewer votes nationally, than Democrats.

The bad news is that the administration has conceded defeat to the novel coronavirus pandemic and is trailing nationally and in battleground Electoral College “must-win” states in public opinion polls.

As Election Day approached, the death toll neared 250,000, as many as 150,000 of those deaths preventable by some estimates.

After fewer than three years as a trial judge, Amy Coney Barrett became President Trump’s third appointee to the Supreme Court, winning a hyper-rushed confirmation ahead of Election Day, strictly along party lines, with one Republican voting no.

As a result, five of the nine justices on the court were appointed by presidents who actually lost the popular vote, and Justice Barrett was confirmed by Republican senators who represent 15 million fewer Americans than the Democrats who voted against her. In all, with the collaboration of Senate Majority Leader Mitch McConnell, Mr. Trump has appointed 200 young, mostly White, mostly male judges, including all the vacant appeals court judgeships.

But the Covid-19 pandemic turned voters against the president’s reelection bid, and as the death toll and numbers of cases soared in an early autumn second surge, White House Chief of Staff Mark Meadows virtually conceded defeat, even as Mr. Trump proclaimed that the country had “turned the corner” on the pandemic.

Pressed by Mr. Tapper on why the U.S. isn’t going to get the pandemic under control, Mr. Meadows replied: “Because it is a contagious virus just like the flu,” adding that the Trump administration is “making efforts to contain it.

“What we need to do is make sure that we have the proper mitigation factors, whether it’s therapies or vaccines or treatments to make sure that people don’t die from this,” Mr. Meadows said.

Meanwhile, the White House itself is also facing a second outbreak of the virus after at least five people in Vice President Mike Pence’s inner circle tested positive. Mr. Pence, who is the head of the White House coronavirus task force, refused to self-quarantine, in defiance of U.S. Centers for Disease Control and Prevention guidelines, and continued campaigning as election day approached.

Vice presidential chief of staff Marc Short, a close aide, Zach Bauer, and outside adviser Marty Obst were among those within the vice president’s orbit who tested positive, sources told CNN. Mr. Short told CNN that he experienced mild symptoms after testing positive. Mr. Bauer—one of the staffers who tested positive—serves as the vice president’s “body man,” meaning his job is to accompany Mr. Pence throughout the day and night helping him with a wide range of duties, putting him in close proximity.

Earlier, several aides close to President Trump tested positive, and Mr. Trump, first lady Melania Trump, and their son Barron, also tested positive. Mr. Trump was even hospitalized and treated at Bethesda Naval Hospital, reportedly receiving oxygen and a number of steroids and experimental drugs. Mr. Trump claimed he was cured and was symptom free and “immune” from the infection before his second and final debate with Democratic Party nominee and former Vice President Joe Biden.

As reports of infections among the vice president’s personal staff surfaced, the U.S. reported its second-highest day of new cases on Oct. 24, with nearly 84,000 Americans contracting the deadly virus. At least 40 states reported a surge in infections, even as cases spiked around the world. In all, there were at least 8,575,000 total cases of coronavirus in this country, a week before the final day of voting.

Even as Mr. Trump and his appointees attempted to block absentee voting and voting by mail, even dismantling the U.S. Postal Service under the guise of cost-cutting, voters surged to the polls with massive numbers of early voters flocking to the polls. One week before Nov. 3, Election Day, as many as 60 million people had endured long lines to vote early. In the crucial battleground state of Florida, more people had voted early than Mr. Trump’s entire vote count in that state in 2016.

“I’m emboldened when I see that, because that says to me, that voters recognize the power of the vote,” Nicole Austin-Hillery, an authority on voter suppression, and director of the U.S. Program at Human Rights Watch said in an interview. “I tell people all the time, I don’t care what your lot in life is. I don’t care what your position is. There is nothing more powerful that you have at your disposal to engage in our democracy than voting. And that is indicative when you see the numbers of people that have come out to engage in early voting.

“I have to tell you, I would be surprised if after November 3rd, we weren’t seeing statistical data come out that shows that this would, will be the highest level of voter participation this country has seen in decades,” Ms. Austin-Hillery continued.

In the face of the early voting surge, Mr. Trump privately expressed fear that Democrats may win back control of the U.S. Senate. Mr. Trump admitted that it will be “very tough” for Republicans to retain the Senate in the upcoming election while in a private donor fundraiser.

“I think the Senate is tough actually. The Senate is very tough,” Mr. Trump said Oct. 22 at the Nashville Marriott, according to the Washington Post, and he did not intend to help some of them. “There are a couple senators I can’t really get involved in. I just can’t do it. You lose your soul if you do. I can’t help some of them. I don’t want to help some of them,” the president continued under the condition of anonymity because the person attended a closed-door meeting.

Another special development in the 2020 election is the record number of Black candidates running for federal office. There are 125 Black nominees, eclipsing the 2018 record of 91 candidates. The number of Democrats is also unprecedented, 94 candidates, and there are a record 30 Republican House nominees and one Senate nominee. There are also five Black Democrats running for the Senate. Two of them Jaime Harrison, who is challenging Judiciary Committee Chair Lindsey Graham in South Carolina, and Raphael Warnock who is challenging Sen. Kelly Loeffler in Georgia. One other Black Democratic Senate candidate—former Agriculture Secretary Mike Espy—is challenging Sen. Cindy Hyde-Smith for the second time in Mississippi.

All 50 Black incumbents—47 representatives, two delegates, and one senator up for re-election—are heavy favorites to retain their seats. “I think it’s good that there are people who are willing to step forward and take on the challenging roles of being an elected official,” Dr. Clarence Lusane, professor of political science at Howard University told The Final Call.

“But what we’ve seen is a surge in Black Republican candidates in part, because there has been a panic because of the fact that the Black vote has so far moved away from the Republican Party.

“And it isn’t just African-American constituencies that are producing Black candidates, but also Black communities that are historically from immigrant communities.” Ironically, Rep. Mia Love (R-Utah), a Republican House member was turned out of office in a safe GOP district because President Trump turned against her.

“And then in fact, we see laws she was criticized by Donald Trump specifically, that, you know, he showed her no love, to make a pun about it. But that’s what’s been happening around the country.

You see it in Boston, or you see in a number of places, in Maryland where you have Black Republican candidates who are running some of whom are trying to tie themselves to Trump, And then that’s just simply not working,” said Dr. Lusane.

Mr. Trump hitched his reelection wagon to the economy, even though it’s in a deep depression because of the coronavirus shutdowns. As it was, he inherited a growing economy, a stronger economy than either Barack Obama or George W. Bush inherited, Democratic economists point out.

The economy did continue to grow under Mr. Trump for two years, despite the fact that his massive tax cuts favored those who were already wealthy.