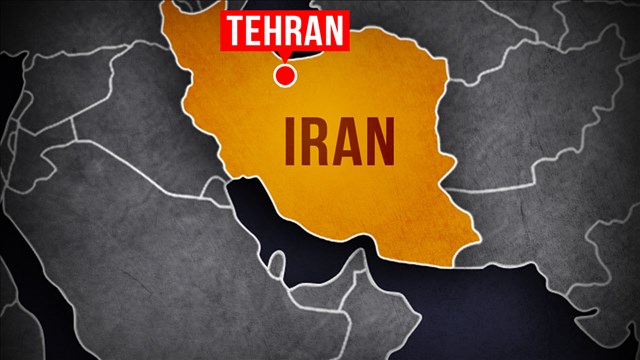 The Iranian Foreign Ministry says any attempts by the “sanctions-addicted” U.S. to impose unilateral restrictions on Iran will fail as the move is in violation of international law.

“The sanctions-addicted United States is not far to once again compensate for some of its blatant failures in the [United Nations] Security Council and its inability to reimpose previous sanctions that ended following the nuclear agreement and UNSC Resolution 2231” that endorsed the deal, Foreign Ministry Spokesman Saeed Khatibzadeh told Russia’s Sputnik news agency in an interview published on Oct. 21.

“It is clear that any U.S. attempt to introduce its unilateral steps (sanctions) violates international law and is doomed to fail,” the spokesman added.

The remarks came after U.S. Secretary of State Mike Pompeo warned on Oct. 18 that the United States was ready to unilaterally “sanction any individual or entity that materially contributes to the supply, sale or transfer of conventional arms to or from Iran, as well as those who provide technical training, financial support and services and other assistance related to these arms.”

Mr. Pompeo claimed that “any country” that attempts to sell weapons to Iran “will be very clearly choosing to fuel conflict and tension over promoting peace and security.”

Mr. Pompeo’s remarks came after an arms embargo on the Islamic Republic was lifted on Oct. 18 as part of a 2015 nuclear deal between Iran and major world powers, officially known as the Joint Comprehensive Plan of Action (JCPOA), despite the U.S. administration’s efforts in the UN Security council to renew the embargo during a vote in August.

The administration of President Donald Trump in 2018 pulled Washington out of the JCPOA, which had been signed by Iran, the United States, the United Kingdom, France, Russia, China, and Germany, and reinstated the sanctions that had been lifted under the historic accord.

The Americans also suffered another humiliating defeat when the rest of the UN Security Council rejected the U.S. standing to trigger a snapback of international sanctions against Iran, saying it had lost its right to do so when Mr. Trump pulled out of the deal.

Elsewhere in his remarks, the spokesman elaborated on Tehran-Moscow ties and said Iran regards Russia as one of its main partners in the military and defense field, noting that the two countries can boost partnership as the UN arms embargo imposed on Tehran is now lifted.

“Over recent years, Russia has been one of Iran’s main partners in the defense and military fields. Now, with the lifting of arms restrictions, the two countries can enhance the prospects for military cooperation,” Mr. Khatibzadeh said.

“Negotiations between Tehran and Moscow are ongoing within the framework of a joint commission for military cooperation. Partnership programmers between the two countries’ authorities are developed through it, including those related to regional and international issues,” the spokesman added.

The official said that Tehran can obtain any kind of weapons and necessary equipment from “friendly countries” on the basis of its defense needs without legal restrictions.

Tehran does not favor any U.S. presidential candidate

Commenting on the upcoming U.S. presidential election, Mr. Khatibzadeh said that Iran does not favor any American presidential candidate and sees the November 3 vote as an internal issue of the U.S.

“Tehran has repeatedly announced in regard with the outcome of the U.S. presidential election that it does not prefer one candidate over another and considers this issue … an internal matter,” he said.

Mr. Khatibzadeh also said that Riyadh was provoking regional tensions, but noted that Tehran would still embrace the neighbor “with open arms” if it changed its policy.

“Unfortunately, Riyadh has given its prestige and resources to the Trump administration and has taken the wrong path provoking war, bloodshed and imposing a blockade on the regional countries, including Yemen and Qatar,” Mr. Khatibzadeh said.

“If Riyadh takes the decision to ease tensions in the region and moves forward in this direction, Iran will welcome it with open arms,” the spokesman added.

Saudi Arabia severed diplomatic relations with Iran in 2016 after the Saudi authorities executed a prominent Shia cleric, which prompted a wave of protests held in front of the Saudi embassy in Tehran and its consulate in the northeastern city of Mashhad.

Iran and Saudi Arabia are at odds over a number of issues, including Riyadh’s brutal war against Yemen and the kingdom’s support for Takfiri groups wreaking havoc in the region. (PressTV.com)

Demetric Muhammad, Guest Columnist - October 20, 2020
“But the earth helped the woman, and the earth opened its mouth and swallowed up the flood which the dragon had spewed...

The 5 Top Lies Told On Minister Louis Farrakhan Re: Anti-Semitism

Anger and Heart Break in Louisville