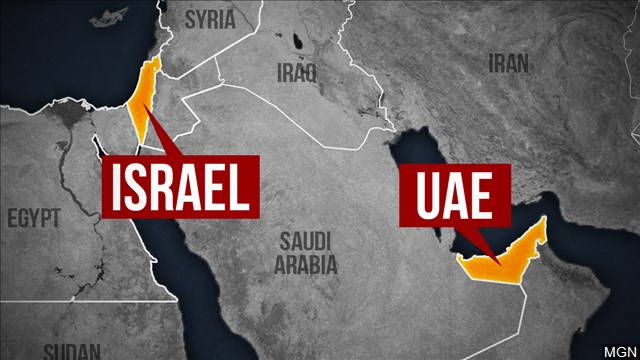 The hot debate around the possibility of a Sudan-Israel “bilateral relationship,” mentioned in an article originally published by United States Institute of Peace and posted on brookings.edu  mentions “the fragility of Sudan’s political transition and the risks that premature normalization could pose for the strategic interests of the United States, Israel, and the UAE.” The issue isn’t about a bilateral relationship as an absurdity, given Sudan’s dire straits, but how to assist the current transitional Sudanese government in not repeating the past. A 1983 Israeli-Lebanese peace agreement, which, signed by a Lebanese government without popular legitimacy, collapsed in less than a year, the article noted.

Mutasim Ali, legal consultant at Project Expedite Justice and a graduate of international and comparative law from George Washington University wrote in the Israeli-based newspaper Haaretz that “assuming there is no economic benefits to a relationship with Israel, what are the economic benefits of boycotting Israel? Sudan has been boycotting Israel since its independence, and now 66 years later, beset by economic and political crisis, we are on the verge of becoming a failed state. Isn’t it time to try something new?”

A case in point, Netanyahu’s administration through its former generals is involved in a very profitable illicit arms trade, which includes the illegal re-export of U.S. defense products. In Southern Sudan, former Defense Forces Major General Israel Ziv used an agricultural company as a “cover” for the sale of $150 million worth of weapons to the government of South Sudan. Then to increase his profits Ziv organized attacks by opposition mercenaries on the country’s oil fields and infrastructure, “in an effort to create a problem that only his company and affiliates could solve,” cited a 2018 press release issued by the U.S. Department of Treasury.

To add to Ziv’s support—proving he was working in consort with South Sudan president Salva Kiir in part of the weapons selling scheme—Calcalist the Israeli business publication reported Kiir wrote Netanyahu just days after U.S. sanctions had been imposed. The South Sudan leader urged the Israeli prime minister to intercede in Ziv’s behalf.

To add insult to injury, Netanyahu was the first non-African to address the Economic Community of West African States (ECOWAS), in June of 2017. He portrayed Israel’s “generosity” as “tikkum olam: acts of kindness performed to repair the world.”  Privately he made it perfectly clear that Israel wanted something in return.

“In meetings on the sidelines of the summit, (which Nigeria didn’t attend) he warned ECOWAS leaders that Israeli technology would solve their nations’ most urgent issues—as long as they opposed UN resolutions critical of Israel’s occupation of Palestine,” reported the African Independent.

So, what could happen if African states, after benefiting from Israeli largess, fail to side with it at the UN? Senegal and Angola both experienced harsh and swift retribution for defaulting on their Israel provided so-called debt.

Sudan has been run by a transitional military-civilian government, reported The Independent. This was following a pro-democracy uprising that helped topple longtime autocrat Omar al-Bashir. Elections could be held in late 2022. The current prime minister, Abdalla Hamdok, is a former economist with the United Nations.

Sudan has faced obstacle after obstacle, including demands, made primarily by the U.S. The African country normalizes ties with Israel as it tries to get out from under a “state sponsor of terrorism designation.” The designation dates back to its toppled former president Al Bashir and makes it difficult for the new transitional government to access desperately needed debt relief and foreign financing.

The military half of the transitional government headed by General Abdel Fattah al-Burhan and Netanyahu held a surprise meeting earlier this year in Uganda. According to the Hebrew newspaper The Times of Israel Abu Dhabi arranged the meeting. The source that leaked the substance of the meeting said that Burham agreed to meet with the Israeli prime minister because they thought it would help “accelerate” the process of removing Sudan from the U.S. terrorism list. Netanyahu, according to the Tehran Times, was more interesting in isolating Iran than removing Sudan from the terrorism designation.

Normalizing relations with Israel will not leave Sudan exempt from paying off its external debts, a leader in the wide political representations of civilian and rebel coalition of Sudanese groups called Forces of Freedom and Change Alliance (FFC) told the Sudan Tribune. Tijani Hussain said that “the components of the FFC coalition, as well as forces affiliated with the left and right wing, have firmly rejected normalization, while other parties, including the Socialist Republic Party, support it.”

According to the Tehran Times, “Efforts to normalize Arab ties with Israel have one end goal … the formation of an anti-Iran coalition, which is meant to isolate the Islamic Republic and cause more economic and political uncertainty in the country by waging soft war. The U.S. has been working to resolve the dispute between Qatar and other Persian Gulf states in an effort to strengthen the coalition against Iran.”

With Sudan’s worsening economy and displacement because of the flash floods its anyone’s guess what the future holds. The value of the Sudanese pound plummeted from 45 to one U.S. dollar in August of 2019 to nearly 300 to one U.S. dollar in September and there are severe food insecurities, reported the United States Institute of Peace.

And, despite repeated efforts and appeals from UN Secretary-General Antonio Guterres to remove Sudan from the State Sponsors of Terrorism list and to support the country’s attempt at transition, progress is almost at a standstill. This, reported washingtoninstitute.org  has led a broad segment of the Sudanese people to believe that the U.S. administration has no desire to support the democratic transition in Sudan. If it fails, Sudan and much of the region will no doubt point the finger at the U.S.—Follow @JehronMuhammad on Twitter