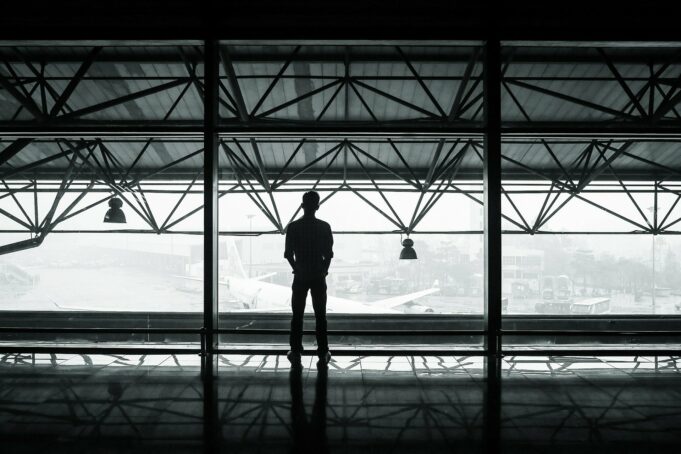 Countries don’t want American travelers, U.S. citizens are being turned away and the U.S. passport has lost its value. This is the consequence of America’s poor response to the Covid-19 virus.

“All over the world, people are recognizing that the United States’ response to Covid has been one of the most insufficient, one of the worst programs in the world. We have more cases. We have more deaths. Our per capita levels are among the highest in the world. And for the wealthiest country in history, the wealthiest country in the world today … to be at the bottom of the list of the ability to take care of its people is shocking,” said Phyllis Bennis, a fellow at the Institute for Policy Studies

“It’s largely because at the top of the political hierarchy, we have a president and an administration who consistently denies the reality of it, denies the seriousness of it, denies the need to allocate funds to deal with it and deals with it as a public relations issue, an elections issue and not a public health issue. So the world knows that. Around the world, people see that. And it is a shocking reversal,” she said.

Ms. Bennis said up until the pandemic, despite the fact that people around the world largely opposed U.S. foreign policies, wars and trade policies, that there was still a sense that the U.S. passport was the gold standard.

Travel expert Jessica Nabongo said the U.S. passport used to be accepted by over 180 countries, but now, that list has shortened to about 25.

The 26 countries that make up the European Union placed the United States on its banned list, while residents from Canada, New Zealand and Japan are allowed to enter. Other countries require Covid-19 testing in order for U.S. citizens to be allowed in. The United Kingdom requires a 14-day self-quarantine.

“Prior to Covid, we had the luxury of being able to arrive with either a visa on arrival or a visa for free travel in a vast majority of the world’s countries. … Now, we’re on the flip side of it,” Ms. Nabongo said. “Obviously that’s a huge shift, and one that I don’t think any Americans could ever have imagined, that we go from being able to visit like 90 percent of the world’s countries without a visa to now, we can’t even apply for a visa to enter a country. We’re just simply unable to travel there.”

She is a world traveler, a Black woman and has traveled to every country. She also founded Global Jet Black, a luxury travel firm.

“I think for countries that rely heavily on tourism, it’s had a huge negative impact economically. I think a lot of governments are still scrambling to figure things out to balance reopening their borders with keeping their citizens safe, focusing again on public health,” she said. “We’re seeing hotels that are permanently closing. So many small businesses have had to permanently close. Restaurants. It’s not just an issue here in the United States, but it’s an issue in every country of the world, because many countries, their borders still remain closed today.”

U.S. Covid-19 cases have surpassed eight million, and there have been over 218,000 deaths since the pandemic began. As cases continue to rise, America’s neighbors, Canada and Mexico, have extended border closures limiting non-essential travel to October 21, although U.S. travelers are permitted to fly into Mexico, according to CNN. The total number of countries now open to the U.S., including those with restrictions, is 45.

Ms. Bennis and Ms. Nabongo said this has never been seen before. The closest thing Ms. Bennis could note was during the Cold War when U.S. passport holders had to jump through hoops to get visas to travel to the Soviet Union and to socialist countries and vice versa.

“That was a reality throughout the Cold War, but that was never an absolute. It was just, there was a certain difficulty. It wasn’t impossible, and it wasn’t wholesale. It wasn’t, ‘We don’t want anyone coming from the United States.’”

Bill Fletcher, Jr., an activist and the former president of TransAfrica Forum, said America is the laughingstock of the planet. He commented on the president embracing herd immunity.

“The director of WHO (the World Health Organization) said that this is immoral, it’s unethical and that he doesn’t know, in the history of the planet, anybody consciously using herd immunity in the face of a pandemic,” Mr. Fletcher said. “So in other words, what they’re saying is that there are lunatics running this country that when confronted with this pandemic, they haven’t a clue as to what to do, and further, what’s worse is that the solutions they come up with are incomprehensible. That’s how the United States is being viewed.”

Germany is one of the countries still allowing U.S. travelers, but only if its short list of exceptions is met. According to military news organizations, an American woman who visited bars in southern Germany spread the virus to others. In Baumholder, Germany, soldiers were banned from bars and pubs after a bar employee went to work after contracting the virus.

Pew Research did a report on how the U.S. image is plummeting. It reported that across the 13 nations surveyed, a median of just 15 percent say the U.S. has done a good job of dealing with the outbreak, and only nine percent say they have confidence in the U.S. president to do the right thing in world affairs. Pew Research also found that the majority of countries surveyed had an unfavorable opinion of the U.S.

Mike Bradley, the mayor of Sarnia, an industrial city in Ontario, Canada, that borders with Michigan in the U.S., told the New York Times, “Personally, it’s like watching the decline of the Roman Empire.”

“What has happened increasingly is that U.S. citizens are unwelcomed in other countries because of the approach of the United States government towards the pandemic. And this is not an attack on U.S. citizens. This is a criticism of U.S. policy and the recognition of what the U.S. policy has been,” Mr. Fletcher said. “But the other thing that I would add to this is that … the rightwing populace movement that supports Donald Trump overwhelmingly rejects science and rejects, even in the face of Trump himself contracting Covid-19, it rejects the seriousness of this.”

He said the world has been traumatized by the Trump administration.  “What it has now seen is an administration that was allowed to come to office and went about rejecting almost all of the norms of international behavior and protocol and diplomacy,” Mr. Fletcher said. “So I think that the long-term impact on the rest of the planet will be that people will look at the United States with a third eye, and even countries that have historically suffered as a result of U.S. involvement, aggression, etcetera, even those countries thought that there was a modicum of sanity in the United States. Not necessarily goodness, but a modicum of sanity, and now they’re seeing that there’s an entire movement that is insane.”

Ms. Bennis noted that immediately after 9/11 happened, the world stood in solidarity with the United States. A French newspaper even printed “We are all Americans now” in French. But she said that empathy and solidarity was squandered in the first 24 hours when then president George Bush announced that the response would be to take the world to war, which resulted in antagonism towards the United States. “The war in Iraq consolidated that opposition, and it’s never really gone away,” she said.

Ms. Bennis said right now, it’s the people of the U.S. who are dangerous. “People in say New Zealand, which is among the best in keeping the virus at bay, keeping down the numbers of cases, keeping down the numbers of deaths, doing really good contact tracing and all of that, really good with masks, really good with all the things that we’re not doing right here. The last thing they want is a bunch of people coming in from the United States who are potentially infected with the virus and have it to start all over again,” she said.

“If we look at the question of U.S. foreign policy, I think the extremism of the Trump administration even before the pandemic had further alienated and antagonized both governments and people around the world, and that includes the xenophobia, it includes the racism, it includes the homophobia … the misogyny, all of those things,” she added. “I think when the United States rejected the World Health Organization in the midst of this pandemic, to say we’re leaving the WHO, we’re going to stop paying our dues, we don’t want to be part of the world’s response, I think there was enormous anger at that for exactly the right reasons. Because other governments understand the degree to which a global pandemic can only be combated by a global response. And here’s the U.S. doing among the worst of all the countries saying we don’t want to be part of the rest of the world,” Ms. Bennis explained.

“It did make the existing antagonism towards U.S. policies worse, and whatever administration comes next is going to have to clean up a lot of the impact of that at the United Nations and elsewhere.”

In His monumental book “The Fall of America,” the Most Honorable Elijah Muhammad wrote: “America has not only lost and is still losing friendship all over Asia and Africa … but she is now losing friendship right here with her next-door neighbors, Central and South America.” The Nation of Islam patriarch for decades warned that America would lose its standing in the world among the other nations. The Honorable Minister Louis Farrakhan, His top student and National Representative, has also cautioned America about her loss of friendship.

“America’s loss of control is a sign of the decline of her world. This fall can be checked, if America would believe in the warnings given by the Honorable Elijah Muhammad, coming through me, warnings that I am not saying of anything that is not written in the Bible that we should expect in this time,” the Minister has warned.

Demetric Muhammad, assistant Student Minister of Muhammad Mosque No. 55 in Memphis, said in a message to The Final Call that the Covid-19 response by the American government is an element in America’s loss of stature abroad.

“America had also banned travel from countries just as she has also been banned. When the Honorable Elijah Muhammad discussed the various calamities plaguing America, he referenced the scripture when it states, ‘This is the beginning of sorrows,’” said Demetric Muhammad, a member of the Nation of Islam Research Department.

The Honorable Elijah Muhammad also warned: “America is falling. Her doom has come, and none said the prophets shall help her in the day of her downfall. In the Bible, God pleads with you to fly out of her (America) and seek refuge in Him (Rev. 18:4).”