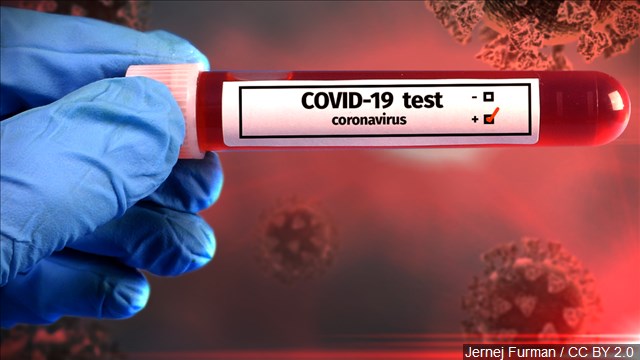 Against a backdrop of more delays over safety issues and despite increased education, awareness and outreach efforts, questions and concerns remain about the safety of any Covid-19 vaccine being developed.
Recent reports revealed intense political strife between the Trump administration and top federal health experts and some political appointees at the Food and Drug Administration (FDA) and Centers for Disease Control and Prevention (CDC).

Johnson & Johnson announced on Oct. 12 that it temporarily paused further dosing in all its clinical trials, including one in Phase 3 due to an unexplained illness in a study participant.

The next day the National Institutes of Health (NIH) put a pin in Eli Lilly’s Phase 3 study of a neutralizing antibody. Only the trial’s Data Safety Monitoring Board had reviewed data from the trial, according to Eli Lilly.

“In the case of Covid-19, there is unprecedented media coverage of the vaccine development. Never have we seen a virus garner so much attention and never has there been so much information and disinformation available to the public. Pauses in the clinical trials due to adverse events are normal. What is not normal is that we are being told about every problem,” stated Nation of Islam Minister Ava Muhammad, national spokesperson of the Honorable Minister Louis Farrakhan.

“This is part of a major propaganda campaign being waged to overcome widespread public distrust in the safety and effectiveness of any vaccine for Covid-19,” said Min. Muhammad, who is an attorney.
She cited the opening language in the Oct. 15 issue of USA Today as an example. The article, titled, “Trial Pauses are proof the system is working,” opens: “Pauses to two large-scale COVID-19 vaccine trials and a treatment study should reassure people, not frighten them. … It demonstrates that the ethical guardrails on vaccine trials are working.”

This viewpoint is to build confidence in the public, argued Min. Muhammad. “Just remember this is the same corporate-controlled White America that puts lead, fluoride and chlorine in our water. What is coming to surface is that in all three companies where there was a pause, the problem was the body’s immune reaction to the virus. We must remember, there has never been a successful vaccine against any of the coronavirus family,” said Min. Muhammad.
Recent data shows that although Black people make up 13 percent of the U.S. population, they account for 21 percent of deaths from Covid-19 but only three percent of enrollees in vaccine trials, according to “Trustworthiness before Trust—Covid-19 Vaccine Trials and the Black Community,” a perspective piece published Oct. 16 in the New England Journal of Medicine.

There is a lot of confusion and questions about coronavirus and on development of a vaccine, said Robert F. Kennedy, Jr., son of U.S. Attorney General Robert Kennedy, Sr. and nephew of President John F. Kennedy.
“For 30 years, we’ve tried to develop a coronavirus vaccine, and nobody’s been able to succeed. Why are we putting $18 billion and a lot of that money is coming from the military, which is suspicious, to develop vaccines and we’re only putting about $1.4 billion into developing therapeutic drugs? In other words, drugs that if you get sick from coronavirus, if they will stop you from getting very sick, they will stop you from dying,” said Mr. Kennedy, who is also an environmental lawyer, activist and author.

He said there are many on the shelf drugs that appear to be very efficacious against coronavirus but are blocked by the governing medical establishment. For instance, he said, it’s important for Blacks to understand that Vitamin D deficiency is a major reason why many people have died from the virus. Blacks who want to protect themselves from Covid-19 should spend time in the sunlight, and take Vitamin D3, D1 and C, he said.

Mr. Kennedy spoke favorably to the use of an effective, safe vaccine, and Blacks participating in the clinical trials as a way to understand disproportionate impacts, and added “But so far, there’s not one of these vaccines that I would go near, because all of them are showing these huge, what they call adverse event rates.

He added that he doesn’t see any of the current vaccines he would join a trial for. “I would tell people be very, very careful and know a lot about the vaccine that they’re going to give you and know what the placebo is and understand what the study is. Don’t just go rushing in and testing them, because these companies have no liability,” continued Mr. Kennedy, noting that federal law has released pharmaceutical companies from liability.

“I mean, my reaction to them would be, listen, if I get hurt, are you gonna pay me? And they passed a law saying, if you get hurt, they have no liability, so why would you take that if the company itself does not have enough faith in that product to say that if we give this to you, you’re gonna be safe and if you get injured, we’re gonna take care? Why would anybody take a product like that?” he asked.

On Oct. 16, the Trump administration announced it is partnering under Operation Warp Speed with CVS and Walgreens to provide Covid-19 vaccines to seniors in long-term care facilities once one is developed. Facilities can start opting-in and determine which pharmacy they want on-site starting Oct. 19, according to the U.S. Department of Health and Human Services.

Orlana Gonzalez of Axios reports the nationwide roll out matters because the move could help Mr. Trump advance in the polls with elderly voters.

The announcement came a day after the Associated Press reported that the Trump White House “had installed two political operatives at the nation’s top public health agency to try to control the information it releases about the coronavirus pandemic as the administration seeks to paint a positive outlook, sometimes at odds with the scientific evidence.”

According to AP, the two appointees assigned to the Centers for Disease Control and Prevention’s Atlanta headquarters in June have no public health background, but are there to keep an eye on Dr. Robert Redfield, the agency director, as well as scientists. AP attributes this to a half-dozen CDC and administration officials who spoke to the news agency on the condition of anonymity.

“They’re saying that they’re gonna approve this vaccine if it’s 30 percent effective? Well, I can tell you a vaccine that is more than 99 percent effective. It’s called the human immune system. And, you know, why don’t they tell us how are we going to build the human immune system, boost our immune system with Vitamin C, not drinking sugar drinks, staying away from things that aggravate our diabetes, staying away from chemical foods? Isn’t that the better way to do it than take an experimental drug that they have no liability for?” stated Mr. Kenned

Recently, the NIH awarded $12 million for outreach and engagement efforts in ethnic and racial minority communities disproportionately affected by the Covid-19 pandemic.

Novavax, Inc. chose Morehouse Medical School for its Covid-19 vaccine trials, in hopes of getting more minority participation, Valerie Mont-gomery Rice, president and dean of Morehouse School of Medicine said during a recent podcast with the Atlanta Journal Constitution (AJC). Ms. Rice said she expected to begin enrolling participants within a few weeks of her Oct. 2 interview with Crystal Edmonson, AJC’s broadcast editor.

In “Making it Plain: A COVID-19 Vaccine & Clinical Trials Town Hall,” live-streamed Oct. 8 via BlackDoctor.org on Facebook, Ms. Rice and a host of medical expert panelists spoke on the outreach effort by the four historical Black medical schools across the country, and what undergirds their drive to recommend participation in clinical trials. Ms. Rice said their decision is guided by rigorous science carried out under the international rules.

Dr. Gary Gibbons, director of the $3.5 billion National Heart, Lung, and Blood Institute at the NIH, told moderator and veteran journalist Ed Gordon, Blacks are in a position of responsibility, accountability and authority in ways that we were not during the Tuskegee Experiment which “gives assurance” that money and politics won’t overtake health in terms of development of a Covid-19 vaccine. He cited Black CEO Kenneth Frazier of Merk, which is leading a vaccine to be tested as further assurance.

The Final Call asked panelists several questions including how far reaching or impactful is the Black experts’ presence and authority at the table when Mr. Trump pulls authority and says he may override the FDA? How can our Black experts ensure accountability, transparency and safety in that regard?” this reporter asked, but received no answer.
The town hall was made available by Howard University, Morehouse School of Medicine, Meharry Medical College, Charles R. Drew University of Medicine, the National Medical Association, the W. Montague Cobb Institute, National Black Nurses Association, National Urban League, BlackDoctors.org, the Black Coalition Against Covid, and through general education grants of NIH, Janssen Pharmaceuticals, Howard University, and the Reed and Marjorie Tuckson Family Foundation.

“A critical factor is the deep and justified lack of trust that many Black Americans have for the health care system in general and clinical research in particular,” wrote lead author Dr. Reuben Warren, executive director of the National Center for Bioethics in Research and Health Care at Tuskegee University, and co-authors of the New England Journal of Medicine perspective. They highlighted their fear that once again, the responsibility for addressing the aftermath of centuries of racism in medicine and science is falling on Black people themselves.

“Our country has yet to comprehend adequately that overcoming racism is not primarily the responsibility of Black people; the racist ideas and practices that constitute today’s ‘structural racism’ were created, and have been sustained, primarily by White people. It would be wrong, as well as ineffective, to ask Black communities to simply be more trusting,” the article continued.
Meanwhile, the FDA has approved the first ever vaccine trial in children as young as 12 by Pfizer, raising further concerns.

“It is an outrage that Big Pharma has so much control over the government. Why stage a medical intervention by injecting the delicate and undisturbed immune system of children for a virus that has virtually zero effect on that demographic?” argued Min. Muhammad.

Statistics indicate there have been 100 deaths of young persons under the age of 18 attributed to Covid—100 deaths in a population of 74 million people in that age group. Eighteen states have had zero fatalities. According to the American Pediatric Association a child has 10 times more the chance of dying from homicide than coronavirus.

“We have already seen the effects of MMR (Measles, Mumps, Rubella) vaccines on children, as well as the polio vaccine and others. All of this traces back to the goal of money, behavioral control and depopulation,” said Min. Muhammad.
“Just a few days ago, Bill Gates was interviewed on NBC’s Meet the Press. Among other appalling statements he made was this: ‘The only way we’ll get completely back to normal is by having, maybe not the first generation of vaccines, but eventually a vaccine that is super-effective and that a lot of the people take, and that we get the disease eliminated on a global basis,’ ” stated Min. Muhammad.

“Look at the word ‘elimination.’ No disease in modern history has been eliminated. There is no such thing as zero covid,” she added. “We are looking at an unprecedented level of poisoning the human population worldwide as the Honorable Elijah Muhammad wrote about in Our Saviour Has Arrived,” she said, referring to the book by the Nation of Islam patriarch.