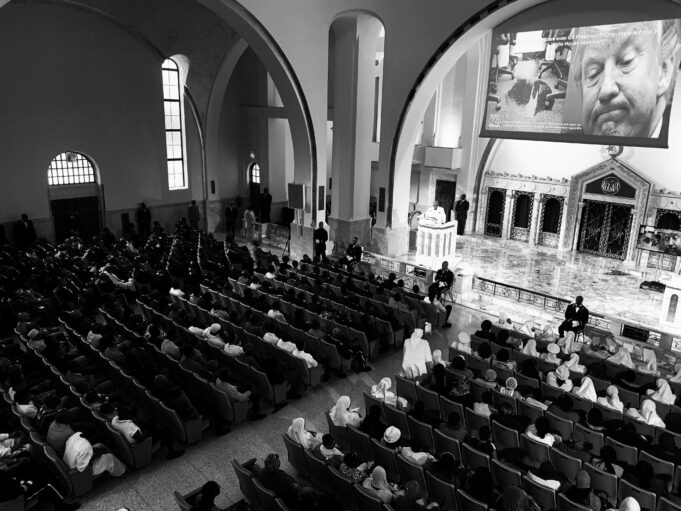 News that President Trump was stricken with the coronavirus raised concerns as the United States was weeks away from an important national election.

The reports of the president’s illness, and Covid-19 striking high level staffers, senators, and high profile guests who have had interactions or closeness to the president added to an already stressful time for many Americans. There was also at least one report of someone testing covid-positive who had proximity to Vice President Mike Pence.

While Democratic presidential contender Joe Biden wished his GOP rival well, others were far less kind and far more skeptical. In conversations and social media, many said the president was faking the illness following an over-the-top performance during the first presidential debate.

Admirers of the president offered thoughts and prayers but others pointed to karma, saying a president who had downplayed and lied publicly about a deadly disease had gotten what he deserved. Many said the president’s falsehoods and failures played a role in the deaths of over 210,000 Americans and over seven million Americans stricken by the disease.

It was more division in a divided country and divided opinion over a president who has built his political success on division. Press reports Oct. 5 sparked more concern and some anger as the president tweeted he was leaving Walter Reed Hospital, that Americans should not fear Covid-19 and he felt better than in 20 years. There was concern the president was returning to a White House hit hard by covid infections and staff quarantines, possibly putting others at risk and even himself at risk by leaving the hospital before he was fully recovered. Mr. Trump had been hospitalized three days, given some experimental treatments, and there were worries that the president could easily take a turn for the worse.

The president insisted he was doing well and was ready to show “strength” and get back to campaigning. Experts warned the president is suffering from a virus that is especially dangerous for people his age and because he is at minimum overweight.

The president has ridiculed mask wearing, claimed the country was also over the pandemic, pushed a vaccine and ignored his own Centers for Disease Control’s directives to wear masks and practice social distancing. He has held crowded, in-person rallies without masks or social distancing and interacted closely with other government officials, political figures and staff absent a mask.

During the presidential debate Sept. 29, he mocked Mr. Biden for always wearing a mask and his campaign has complained about the former vice president hiding in a bunker.

Mr. Trump’s illness also came as a study concluded he was the main source of disinformation on Covid-19. “US President Donald Trump has been the world’s biggest driver of Covid-19 misinformation during the pandemic, a study from Cornell University said,” the UK-based Daily Mail reported. “A team from the Cornell Alliance for Science evaluated 38 million articles published by English-language, traditional media worldwide between January 1 and May 26 of this year. They found that his false statements calling coronavirus a ‘hoax,’ lab-made or originating from ‘bat soup’ and even attacking health officials like Dr Fauci echoed across hundreds of thousands of articles and reposts around the world.

“In total, they identified 522,472 news articles that reproduced or amplified misinformation related to the coronavirus pandemic, or what the World Health Organization (WHO) has called the ‘infodemic,’  ” said the Daily Mail.

We urge the president and America to turn to a man who offers not just analysis but Divine Insight and Guidance: the Honorable Minister Louis Farrakhan of the Nation of Islam.

The Minister has ceaselessly warned the president, the people and the government of the United States that this is no ordinary time. Not just in terms of politics and pandemic, but also in terms of divine time and Almighty God’s hand moving against America. Take it or let it alone.

According to the teachings of the Hon. Elijah Muhammad, Black people are the people of God’s choice today and fulfill many biblical prophecies, including the prophecy of Abraham’s seed serving for 400 years in a strange land under a strange people before the coming of God and the scriptural picture of the children of Israel under the grip of pharaoh when Moses and Aaron are commissioned to deliver them.

When Jehovah strikes at Egypt, bringing plagues and destruction, these divine punishments eventually strike inside the home of pharaoh and affect pharaoh and his family.

“Mr. Trump, you’re the leader of America now. You need to try to make America safe from the wrath of God, her chastisement over the wickedness that you all have been involved in since your inception. Since you are the last of the presidents, maybe, that has a chance on your watch to delay the judgment of God. You have a secret chamber in the White House, a place where you can go to pray,” said Min. Farrakhan during his July 4 message titled “The Criterion.” He advised Mr. Trump to lead America in repentance and to let Black people go as pharaoh was told to let the children of Israel go. The Minister called the Covid-19 pandemic a pestilence from heaven that America would not simply and easily overcome. Submitting to the Will of God is the way out of difficulty, death and disaster, Min. Farrakhan told the modern pharaoh.

But, the Minister said, “Mr. Trump, I really don’t see you falling down on your knees. God has to knock you down on your knees because your arrogance, your false pride in the little money you have. Can I show you something from the Qur’an? Listen to this. It says, ‘All that a man hath of the wealth of the earth. If he had it in his hand and the like of it with it, they would gladly ransom it in the Day of Resurrection to keep the chastisement of God away from them.’ Mr. Trump, you won’t bow down on your own. But the scripture says ‘… every knee will bow and every tongue will be forced to confess.’ We say it in Arabic that there is no God but Allah, and you say it, Jesus Christ is Lord, same thing. Bow down.”

“America, you’ve been weighed. Try to keep yourself out of war. Try to keep yourself away from the Judgment of God. Mr. Trump would be wise to put on a mask because it would be the greatest irony that you would die in office from coronavirus. I’m not wishing that on you. No, no, no. But if I did, you’d have to worry.”

One of the beautiful things about a Warner from God is not just the precious presence of a good advisor but also the spirit of the Warner. The Warner delivers the message given by God Himself and is hopeful that those who are warned will heed the warning. There is no gloating as the divine hand moves in serious and sometimes deadly ways. So as the modern Egypt and modern pharaoh experience the unraveling of a nation, a Divine Warner is present. Will today’s pharaoh heed the warning or follow the example of pharaoh in the Bible and Holy Qur’an?