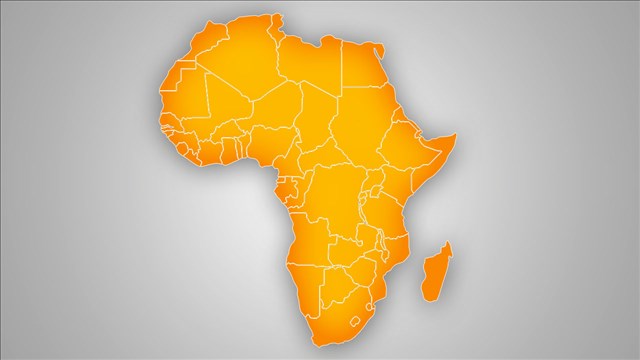 Hoping to escape the war, death and destitution rampant in their home countries, thousands of African workers embark every year on a grueling journey to the affluent Persian Gulf countries looking for employment.

The more fortunate ones will end up doing backbreaking manual labor earning a pittance, barely enough to make ends meet.

Should they be unlucky, a fate worse than death awaits them, as the thousands of Ethiopian workers stranded in Saudi Arabia in the midst of the Covid-19 pandemic can attest.

The Kingdom of Saudi Arabia, one of the wealthiest countries in the world, has absolutely no excuse for its treatment of the Ethiopians, nor the terrible conditions they are forced to live under.

Far from the inquisitive public eye, the Saudis have been keeping thousands of African workers in squalid places under deplorable conditions. Given the Saudis’ mistreatment of African labor, Black Lives seem to be that last issue to matter in the Saudi kingdom.

A shocking expose was published by The Sunday Telegraph in August. It disclosed that thousands of African workers were locked in detention centers across the country under inhumane, unsanitary conditions. With their smuggled mobile phones, some of the migrants gave the newspaper a snapshot of life—or to be blunt, death—in these hellish centers.

According to Adam Coogle of Human Rights Watch, “Photos emerging from detention centers in southern Saudi Arabia show that authorities there are subjecting Horn of Africa migrants to squalid, crowded, and dehumanizing conditions with no regard for their safety or dignity.”

Some of these migrant workers shared their harrowing experiences with The Sunday Telegraph.

“My only crime is leaving my country in search of a better life. But they beat us with whips and electric cords as if we were murderers.”

“It’s hell in here. We are treated like animals and beaten every day.”

“If I see that there is no escape, I will take my own life. Others have already.”

“We eat a tiny piece of bread in the day and rice in the evening. There’s almost no water, and the toilets are overflowing. It spills over to where we eat.”

“Plenty of inmates are suicidal or suffering from mental illnesses as a result of living this for five months.”

“Covid19? Who knows? There are a lot of diseases here. Everyone is sick here; everyone has something.”

“A young boy, about sixteen, managed to hang himself last month. The guards just throw the bodies out back as if it was trash.”

“We have been left to die here.”

According to William Spring, peace campaigner and political commentator, the Saudi regime, supposedly the custodians of Two Holy Mosques, is certainly not behaving in accordance with the precepts of Islam.

Where are the Human Rights groups?

Nadia Hardman of Human Rights Watch said, “We repeat our call on Saudi Arabia to immediately release the most vulnerable and improve the miserable conditions for the thousands that remain.”

Despite the exigent nature of social distancing in fighting the present pandemic, the Ethiopian refugees are packed like sardines. The al-Shumaisi center located near the holy city of Mecca is just one horrid case among many.

According to Ethiopia’s Consul General in Jeddah, Abdo Yassin, “Jeddah has over 53 prisons. Ethiopians are held in every one of them. If you take the one at al-Shumaisi, there are about 16,000 Ethiopians kept in the prison and the holding cells.”

How long has this been going on?

A large proportion of these impoverished workers have been in limbo since April, with many accounts of death by disease, heatstroke or suicide coming from these centers.

A leaked video clip shows rooms covered with filth from an overflowing toilet. With no help coming from the Saudi staff to fix the clogged toilet, the migrants have to eat and sleep next to the sewage.

The roots of racism in Saudi Arabia run deep with Black migrant workers enjoying very few rights, if any, and treated inhumanely as if they were slaves. Many complain of exploitation, sexual and racial abuse from their Saudi employers.

The oil-rich kingdom has long been exploiting workers coming from poor African countries. In June 2019, around 6.6 million foreign workers made up about 20 percent of Saudi Arabia’s population, many of them holding low-paid, physically tough jobs.

Far from the inquisitive public eye, the Saudis have been keeping thousands of African workers in squalid places under deplorable conditions. Given the Saudis’ mistreatment of African labor, Black Lives seem to be that last issue to matter in the Saudi kingdom.